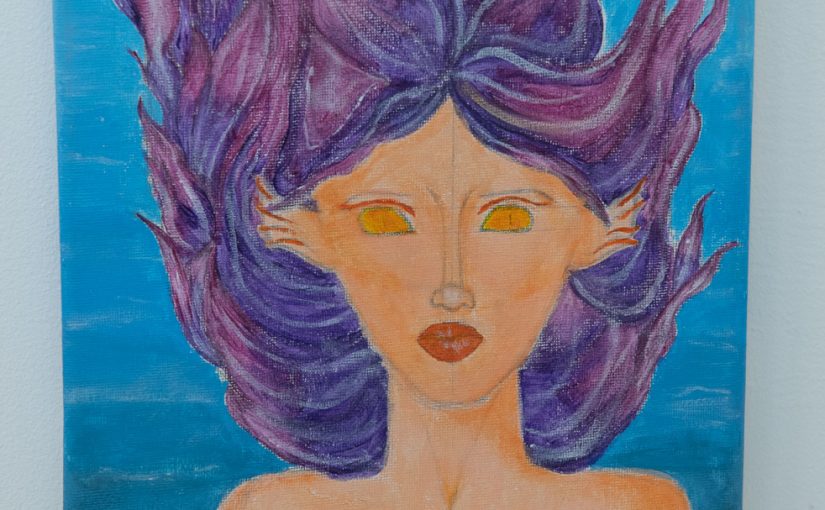 For my personal projects I chose to design my piece around mermaids. I chose to do mermaids after watching popular films such as Harry Potter, pirates of the Caribbean and Siren and was intrigued by the darker, more mysterious portrait of the mythical creatures. I began my research and came across stories and ‘old wives tales’ detailing how mermaids were beautiful and often had enticing voices and would sing old sea songs to lure sailors into a somewhat mesmerised state giving the mermaids the chance to pull them overboard and drag them to the depths causing them to drown. The mystery of mermaids is what grabbed my attention, no one has ever proved pr disproved their existence, although people have claimed to have seen them through out the years there has never been any definitive proof. So where do the stories come from? Descriptions of mermaids and any images that have been created of mermaids are constant of the same features and are too similar for it to be a coincidence, but how would we know what they look like without seeing them?

The first piece of my project is a painting on a primed canvas. First, I drew the picture of the mermaid I wated to create and once I was happy with the out like I used acrylic paint to create the detail and definition of the image. In my images I wanted to capture the contours of features typically used to depict the beauty of the creatures in films but also infuse the fish like features as inspired by the film Siren. Moving on to the second piece of my project, I created a sculpture of my mermaid painting. I used clay to mould the face and watered-down acrylic paints to create the intricate detail and contours of the face. I wanted to create the illusion of movement with the hair as a mermaid lives in water, I wanted the hair to seem as if it was flowing underwater, to do this I used the different coloured acrylic paints to convey shadows and added texture using a sculpting tool. 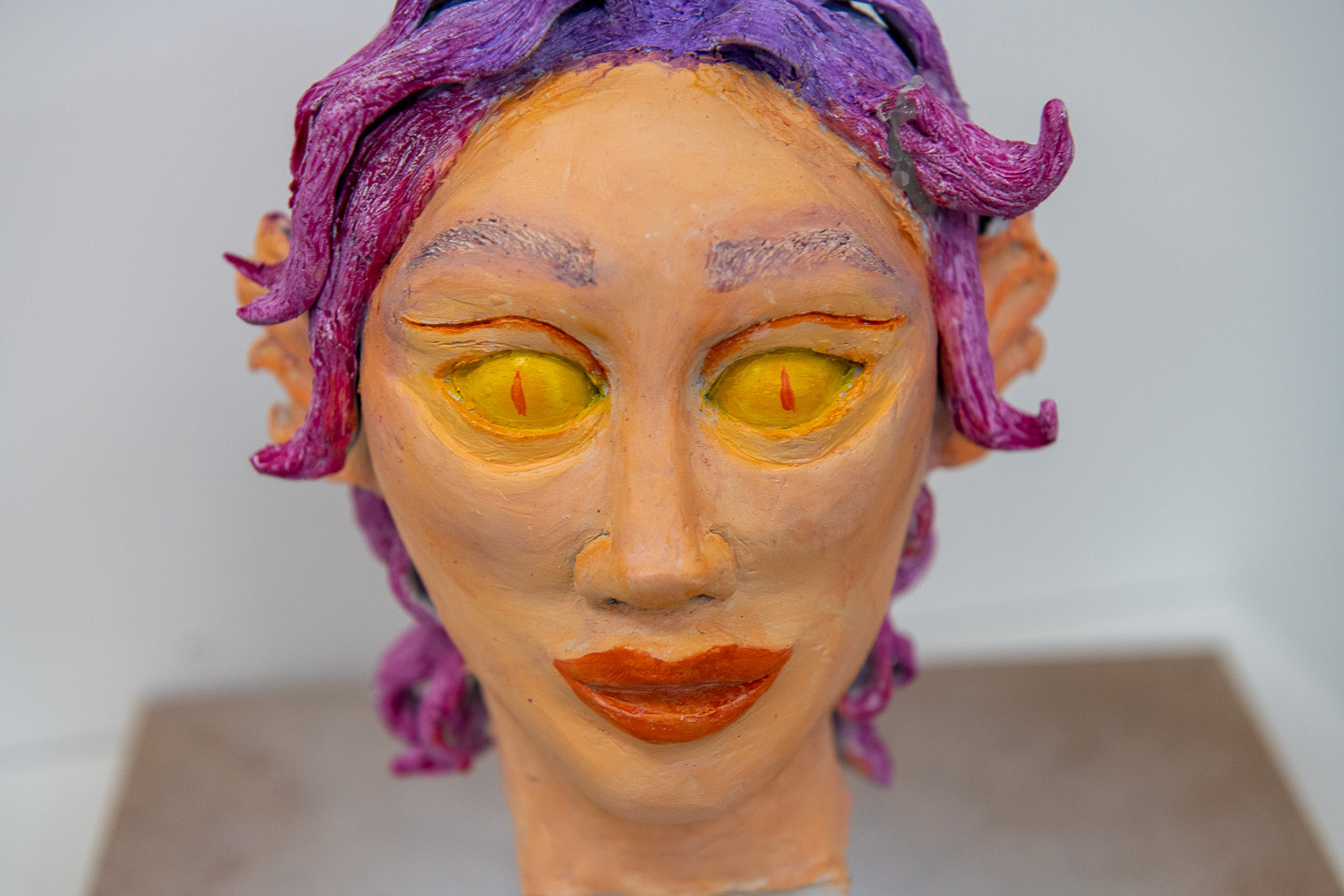 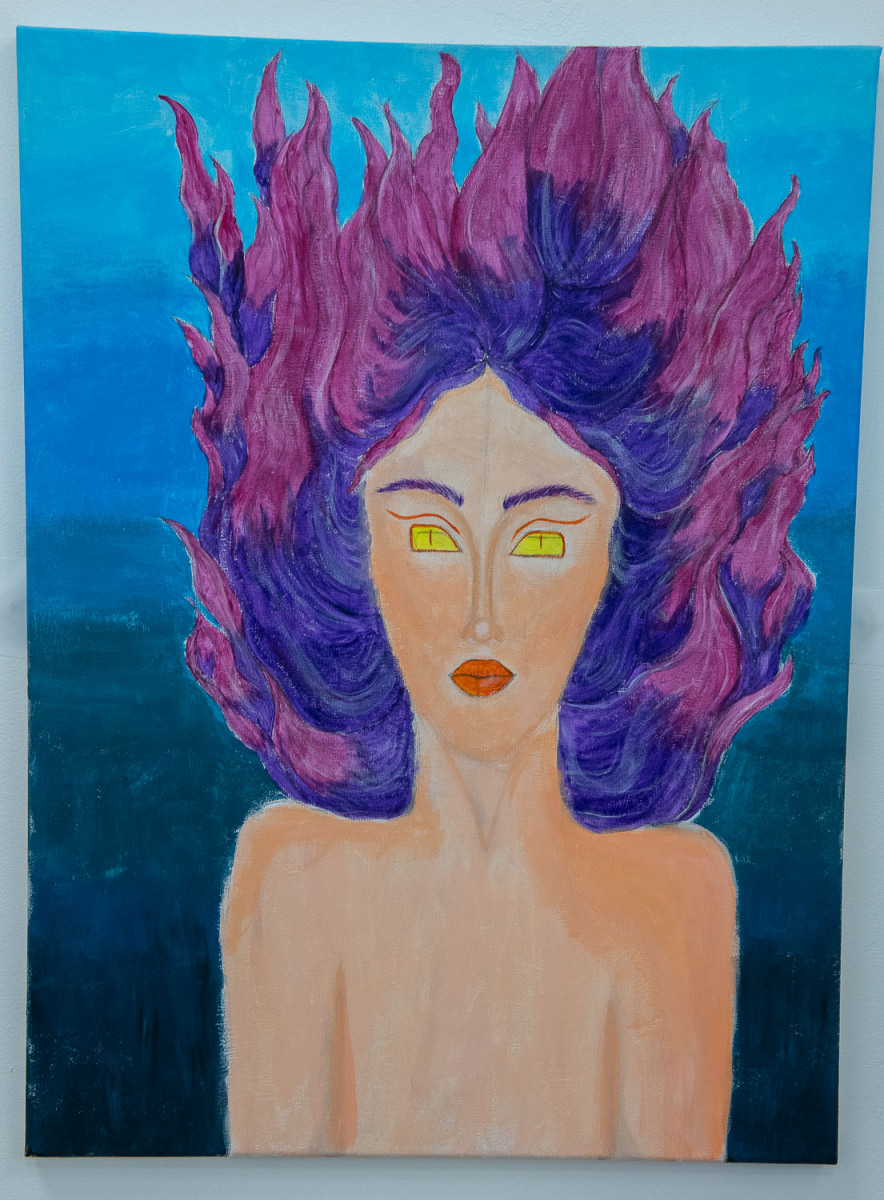 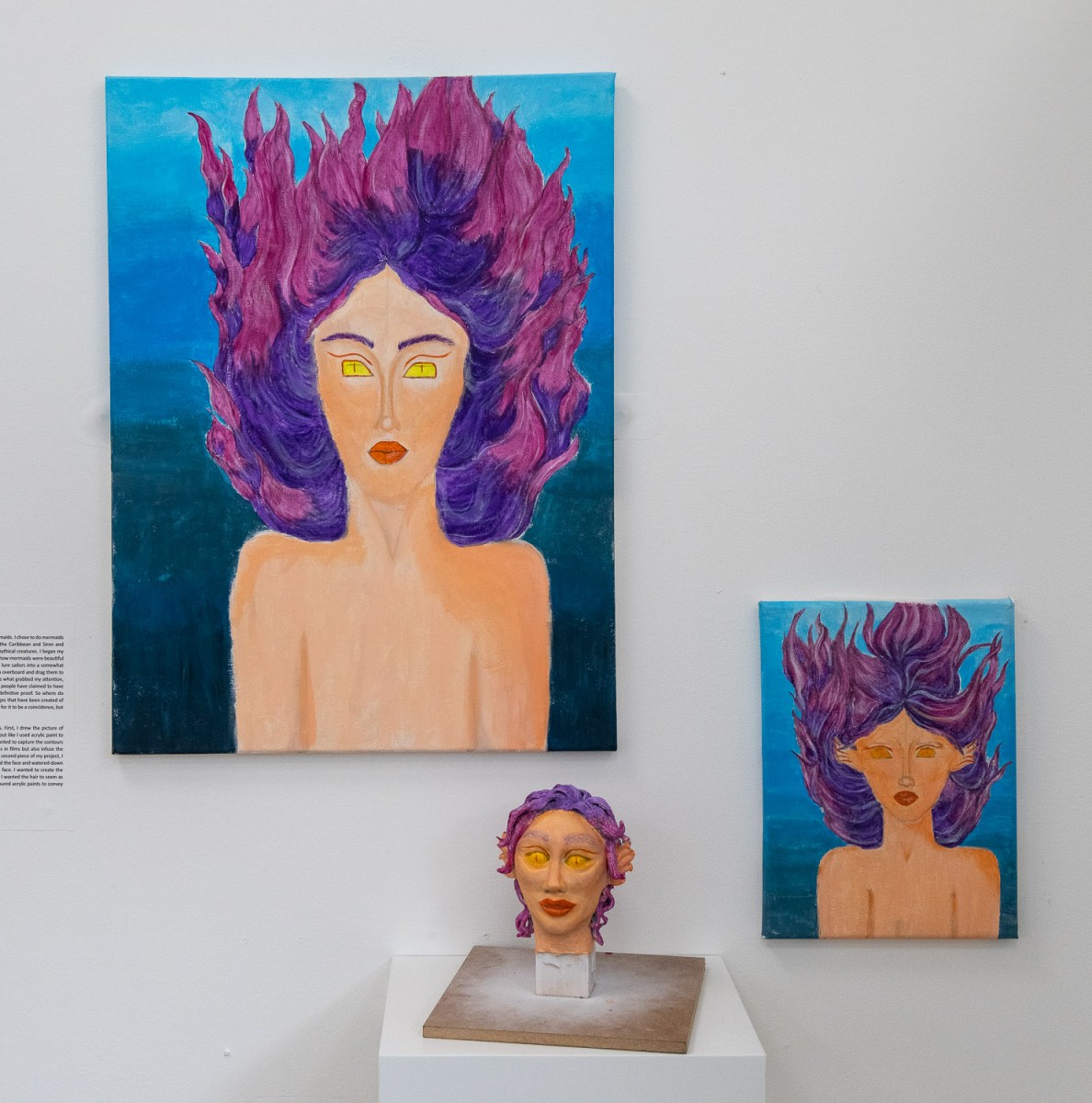