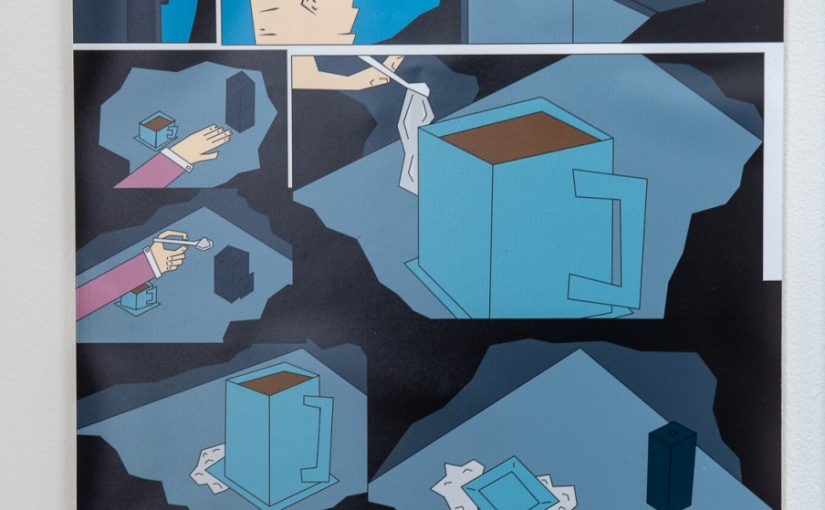 This project was made to show the decay and limitations of a living being; the motivation behind making it being that as we age our bodies start to fail and require more upkeep to stay in working condition. I have responded to the theme of Body, Identity and Character by exploring the subject through my specialist skills of Animation and Illustration, and Fine Art.

My influences behind the art style I have researched for this comic are other comic book artists such as Mike Mignola and various illustrations from Dave McKean. I like the techniques that Mike Mignola uses with the shadows and the oddly shaped humanoid characters so I tried to recreate it with my own style and character.

The character in the work is an old man who has lost the ability to use one of his hands causing him to lose his job.  Still shaken from the accident that caused the loss, he struggles with daily routines and has to overcome his trauma and learn to use his remaining hand effectively.

Initially I planned to create a short comic and follow it up with an animation but unfortunately due to time limitations I had to switch over to doing a portrait painting of the character from the comic sitting on a bench recovering from his injury.

Originally the animation was going to show a sequence of transformation as the old man switches bodies with a constructed younger body of himself but in the end I settled with the old man understanding that the human body is fragile and not so easily replaced.

The Display for the exhibition will include a 5 page comic, and a painting of the character in the comic. 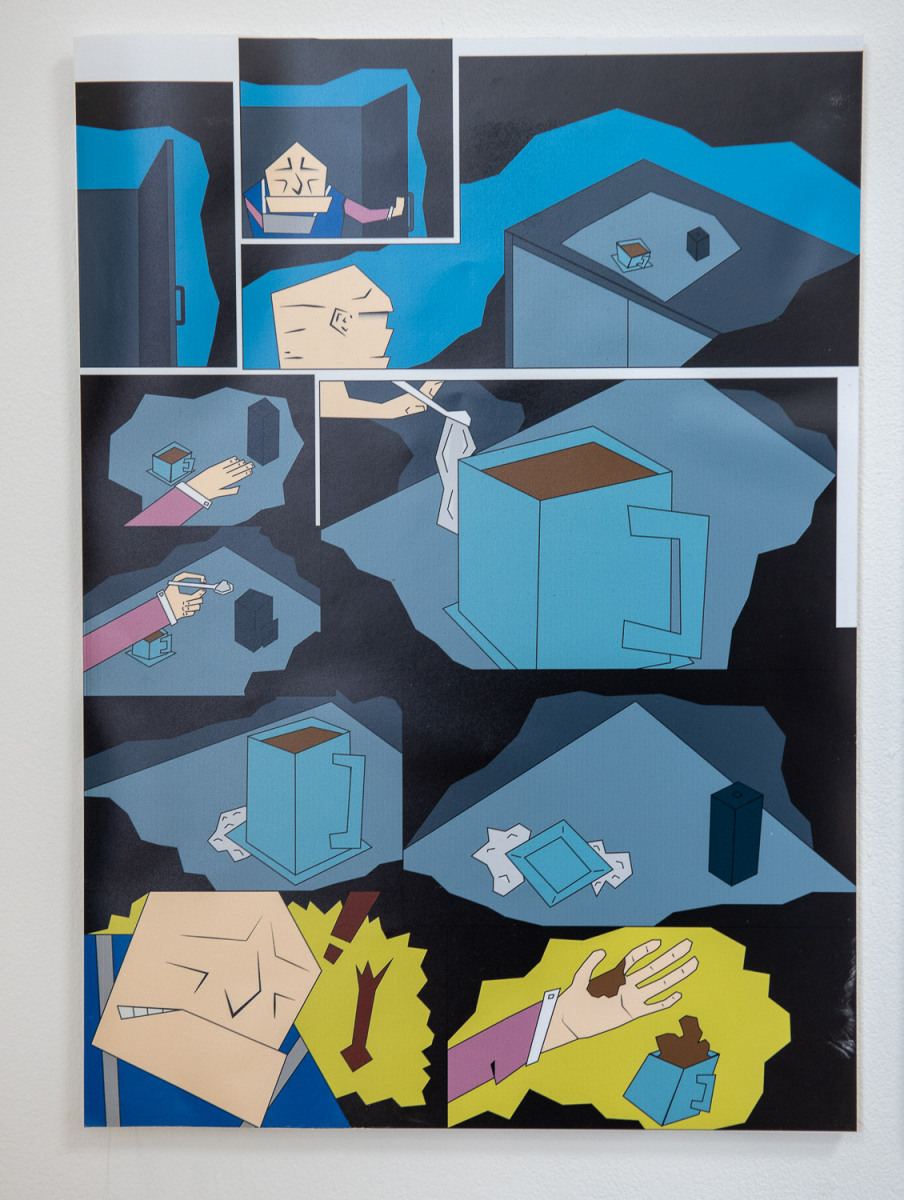 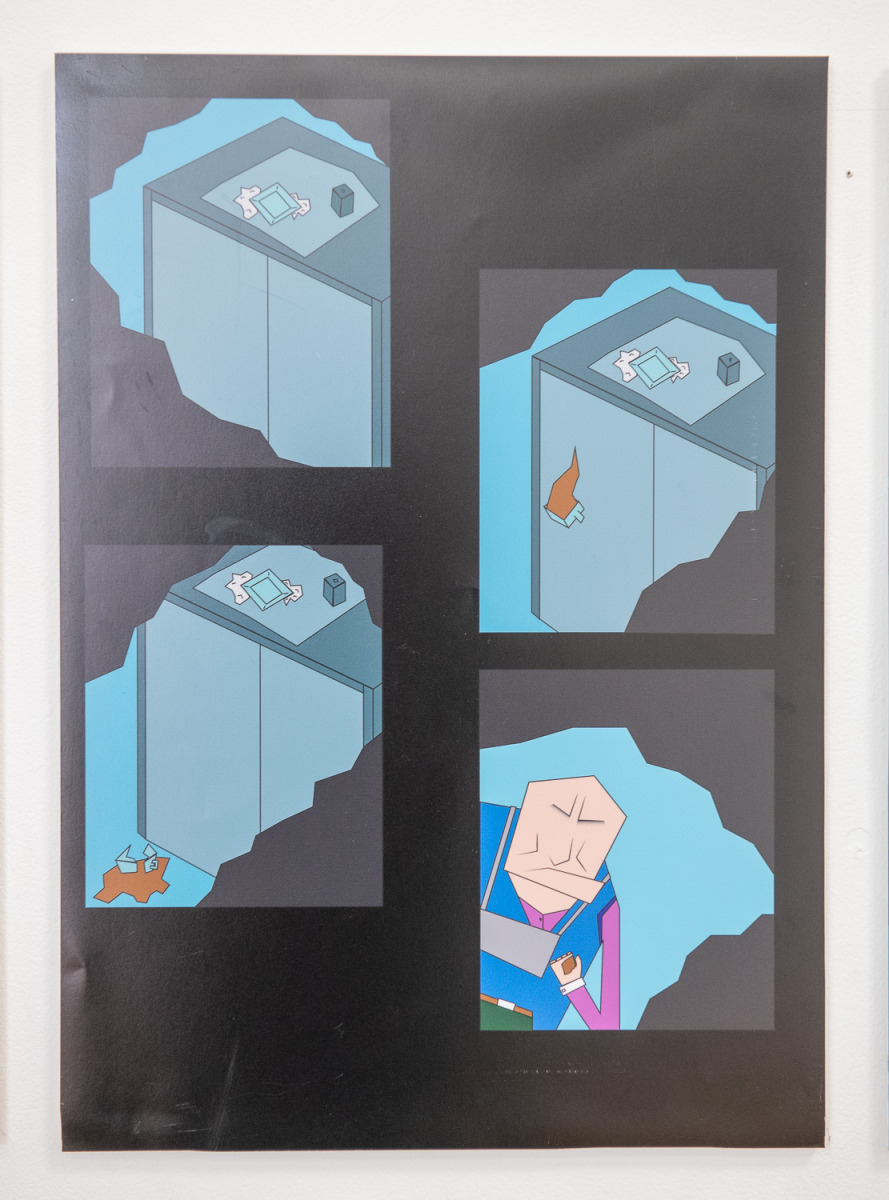 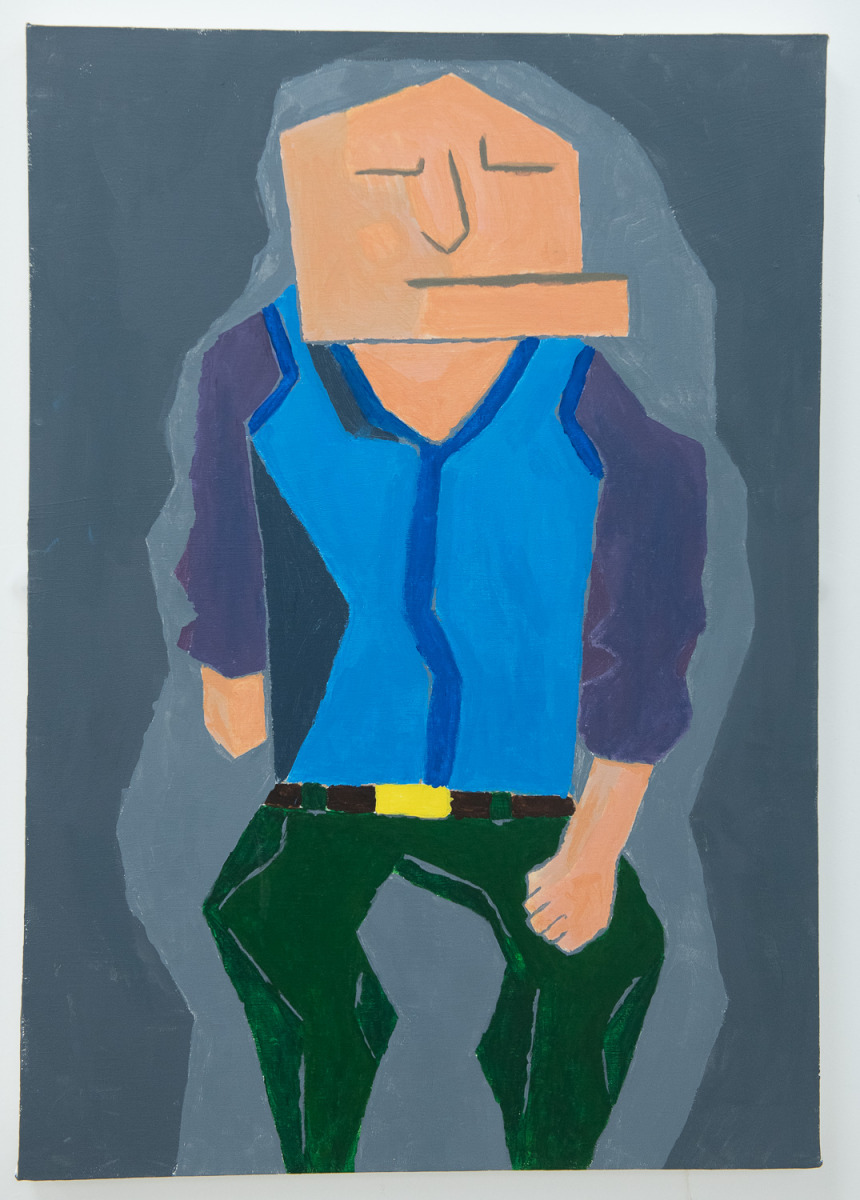 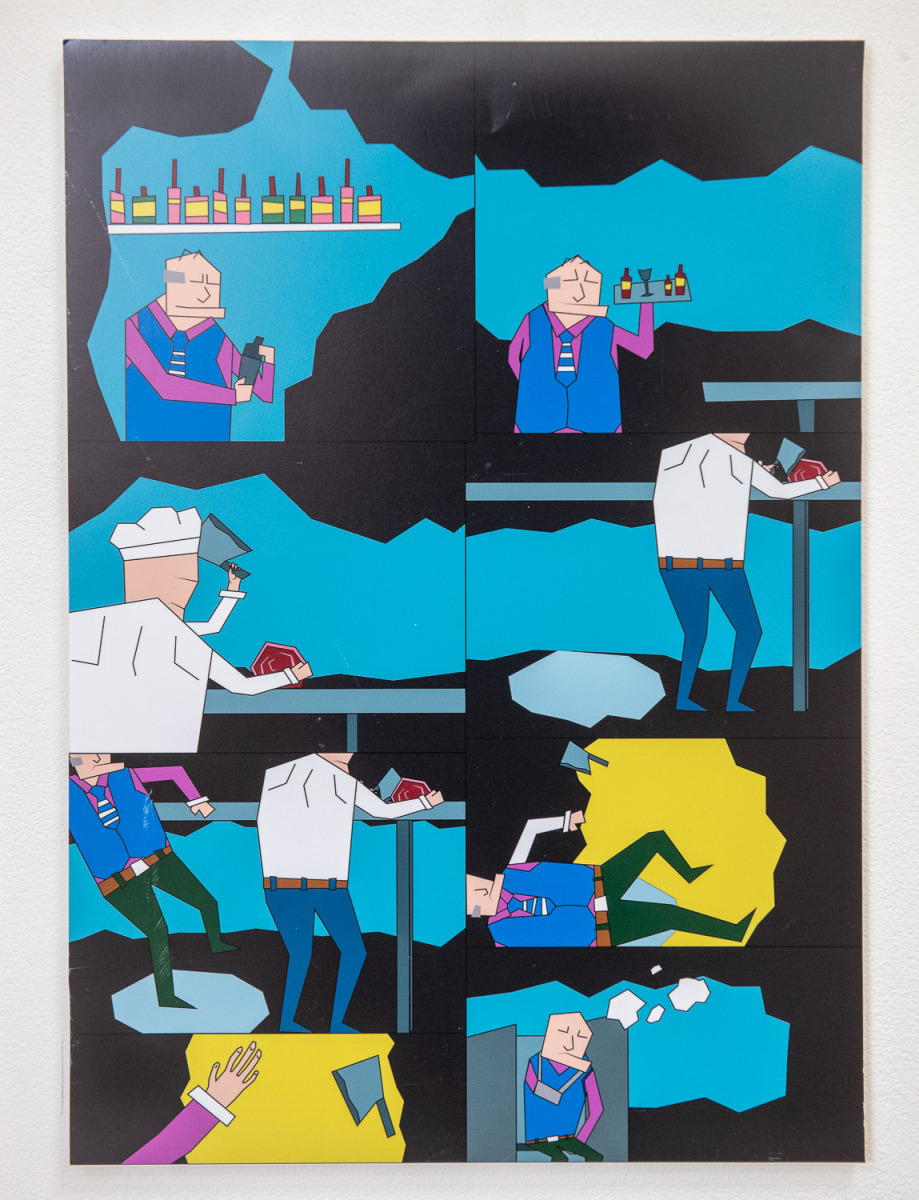 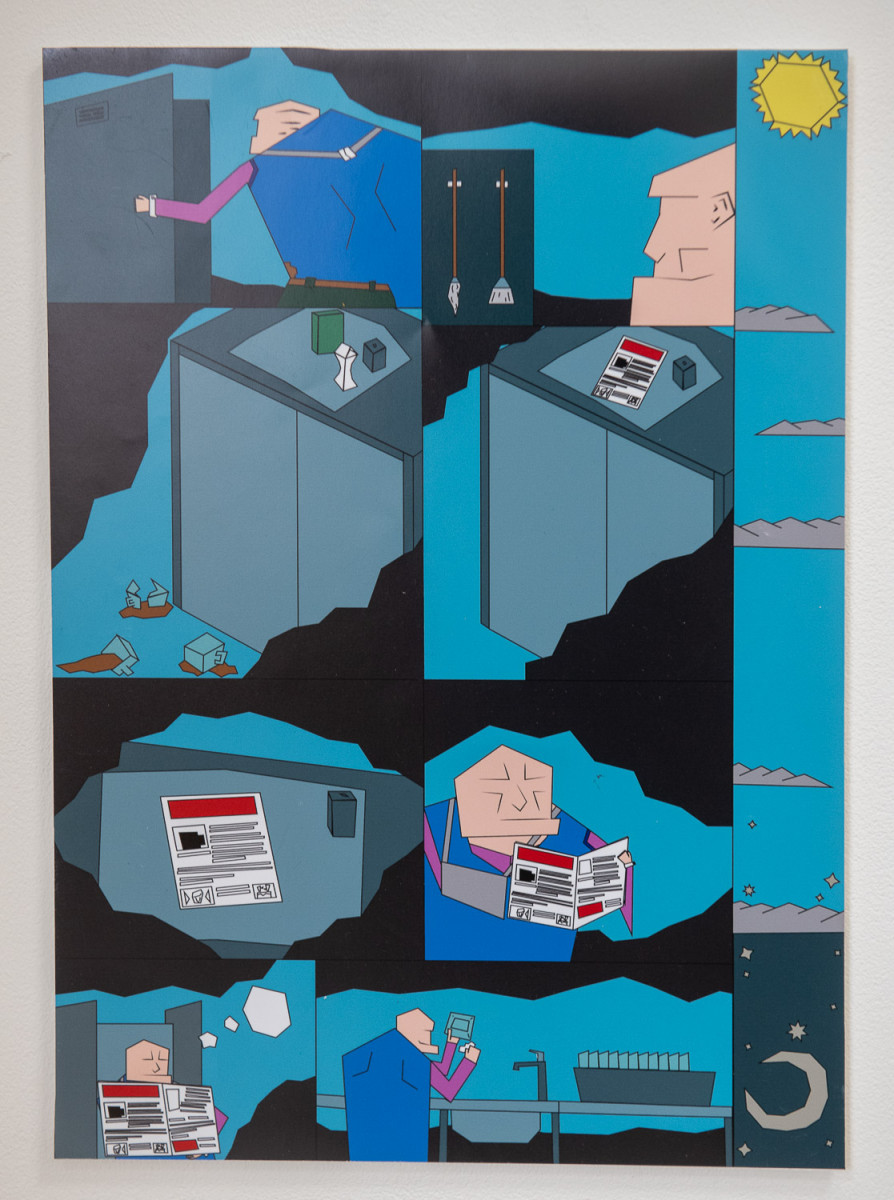 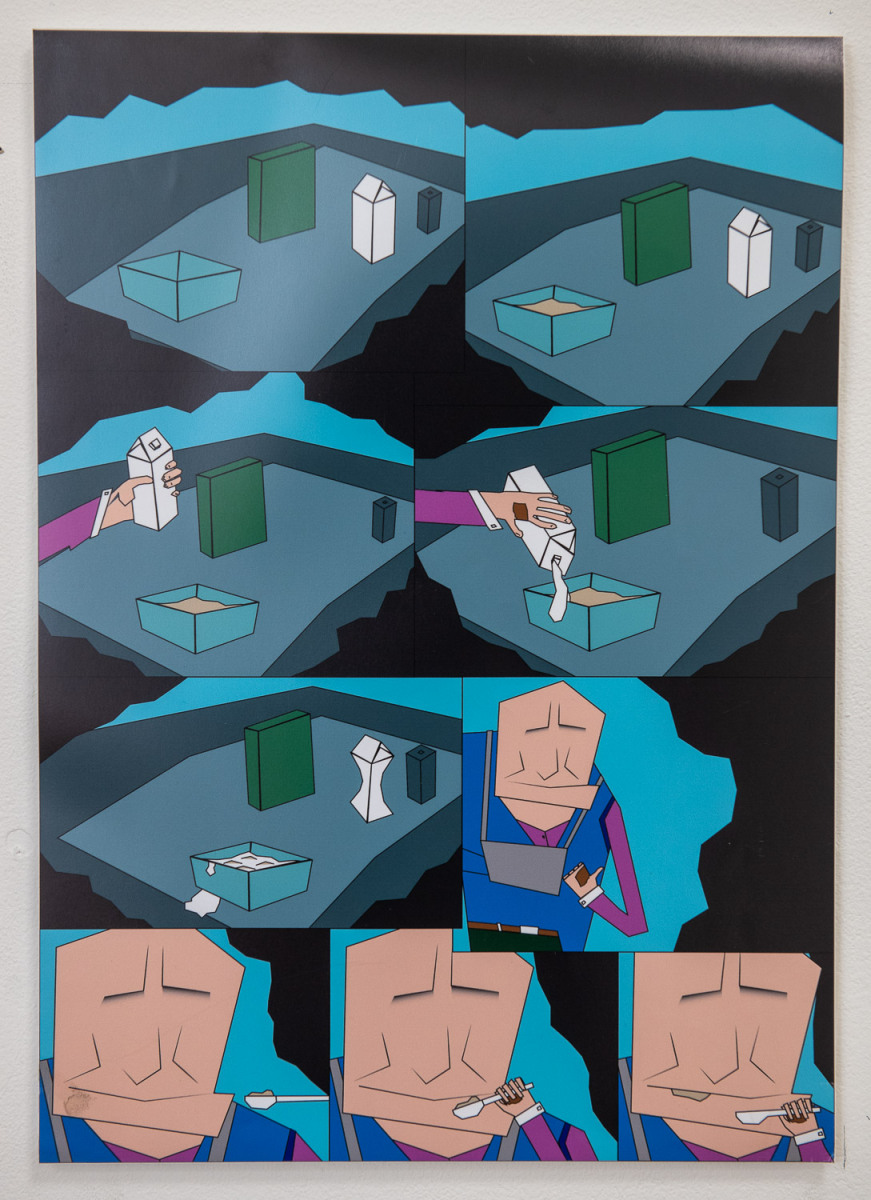 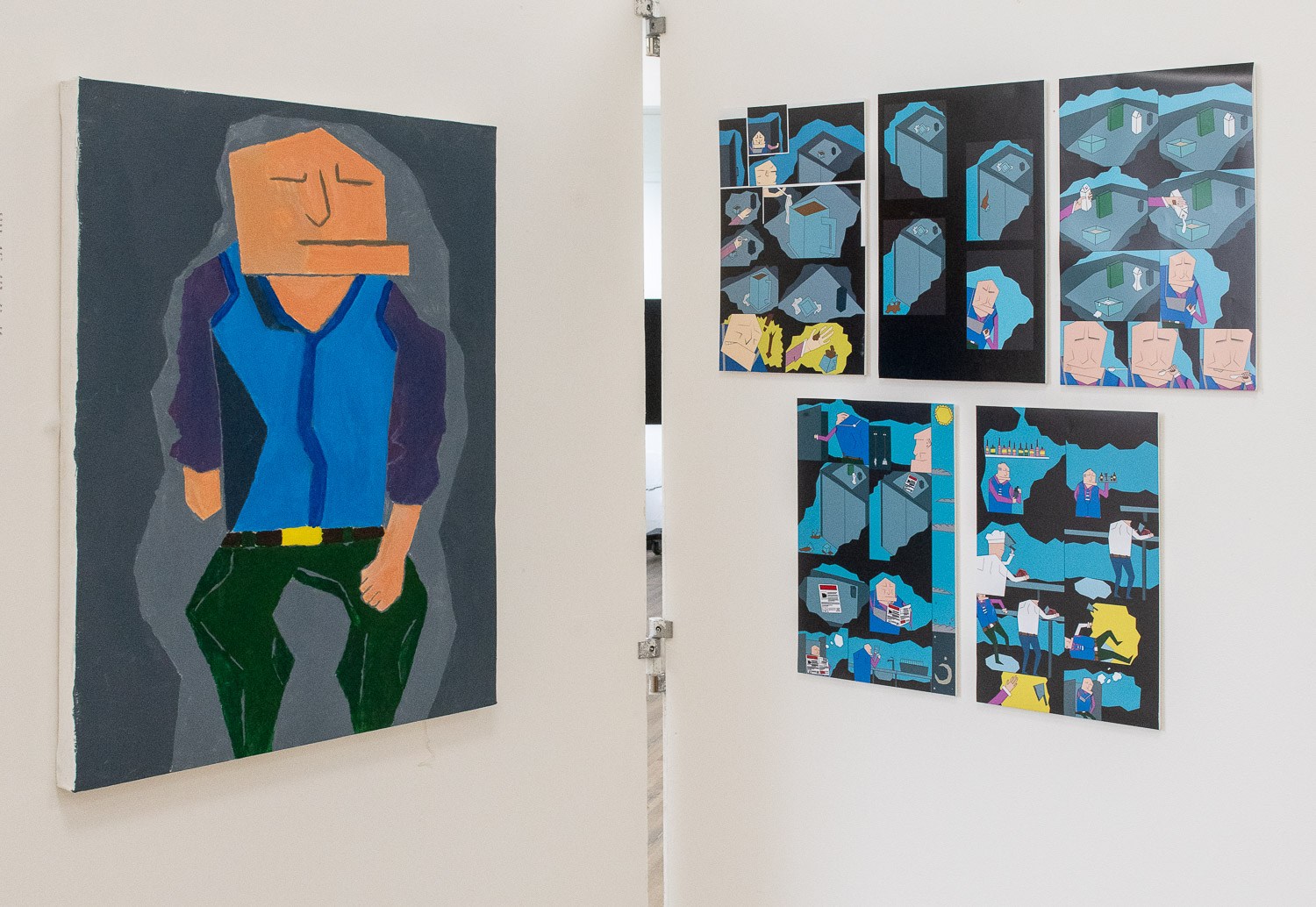 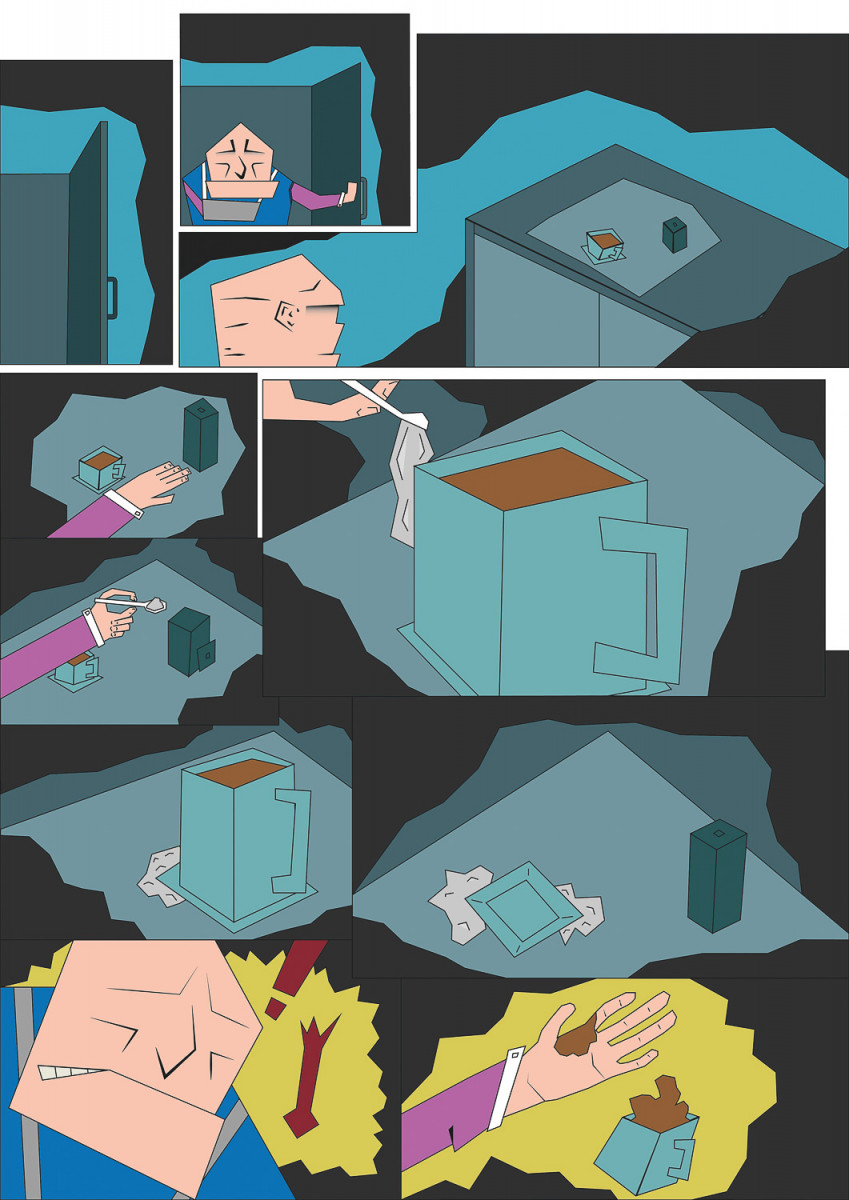 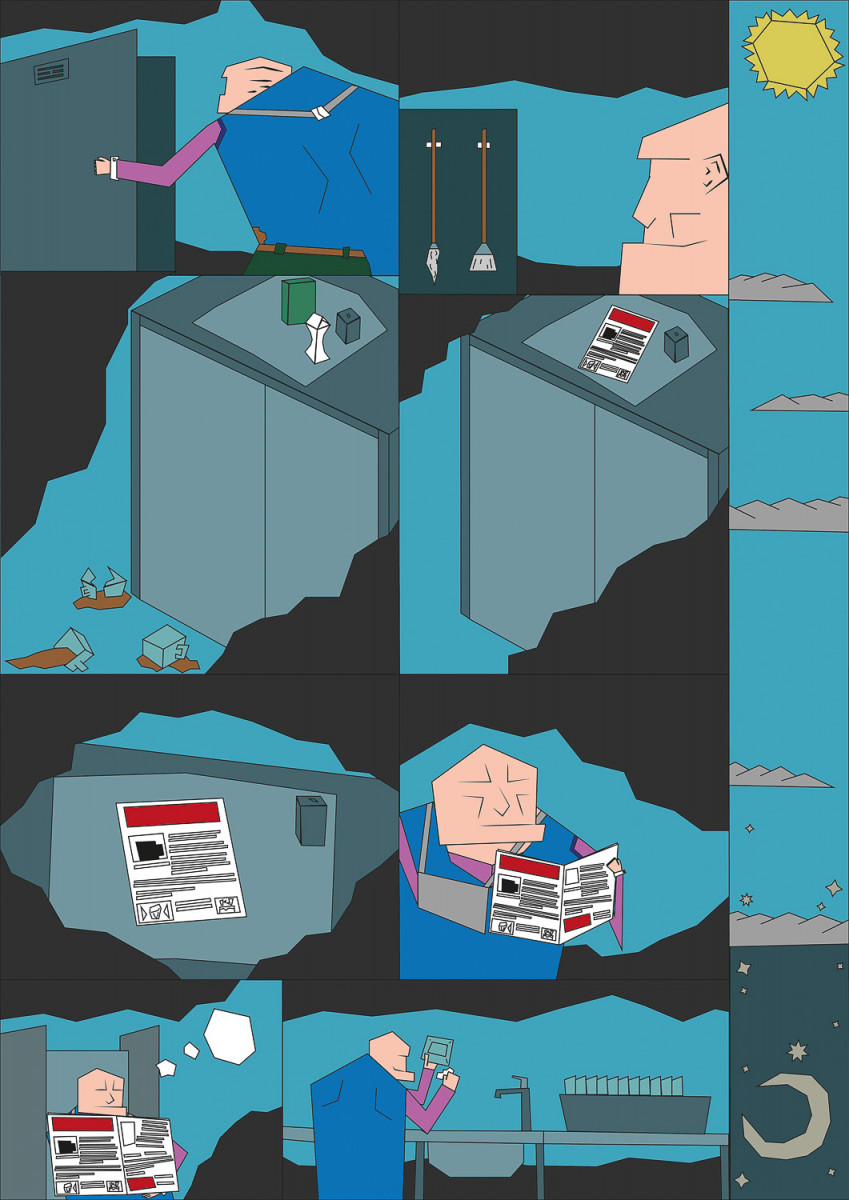 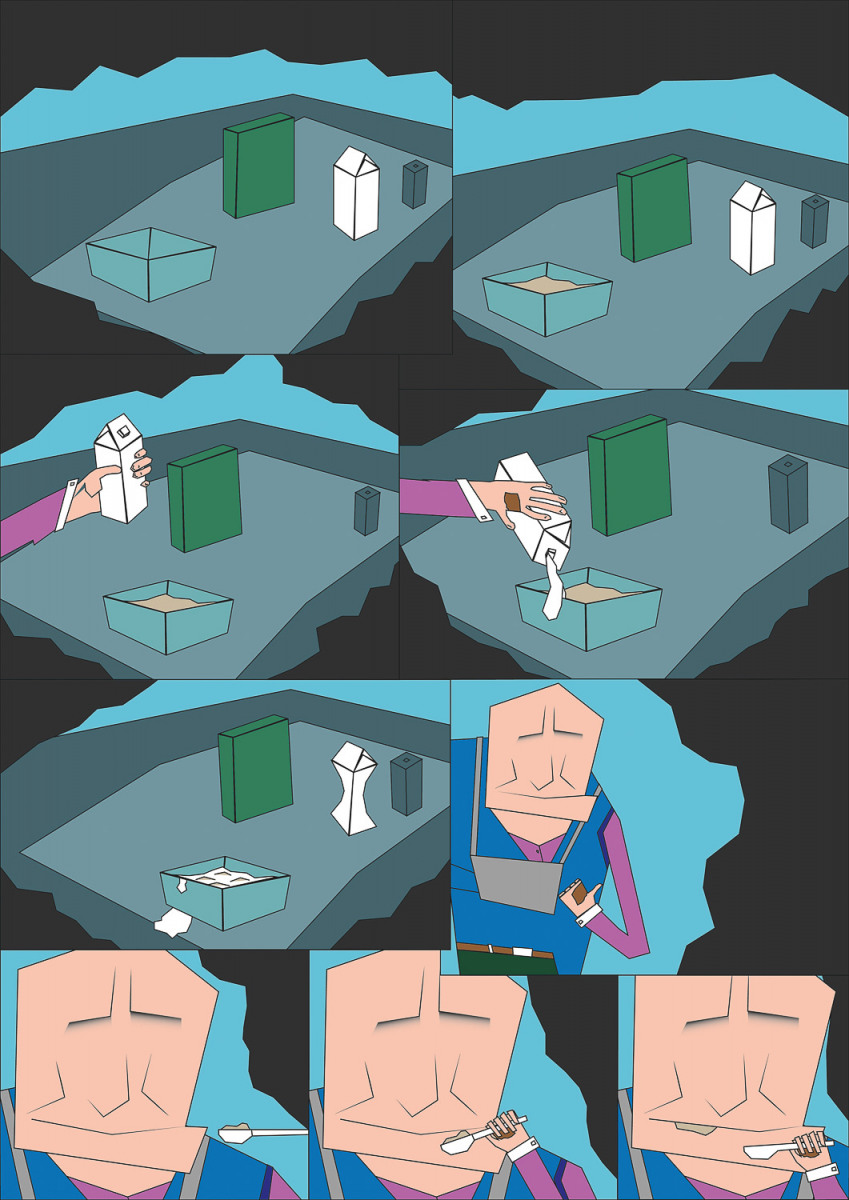 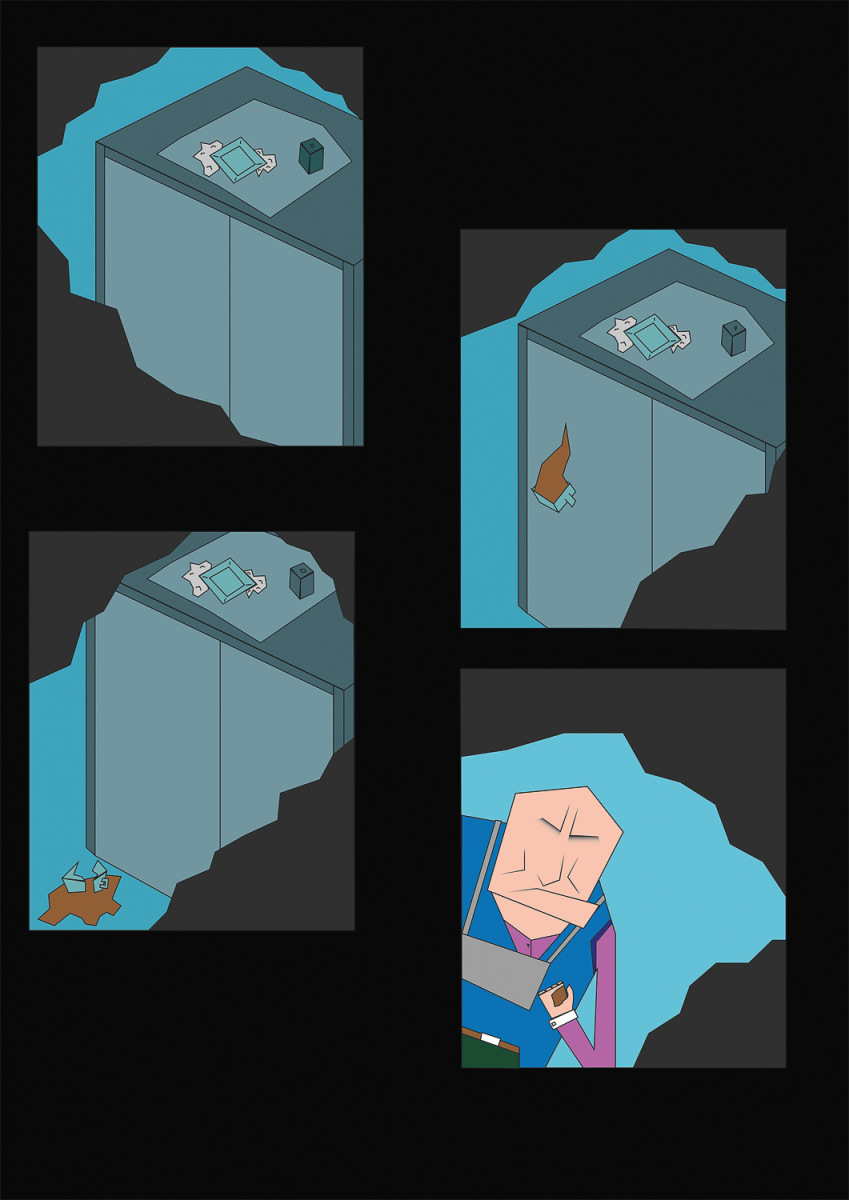 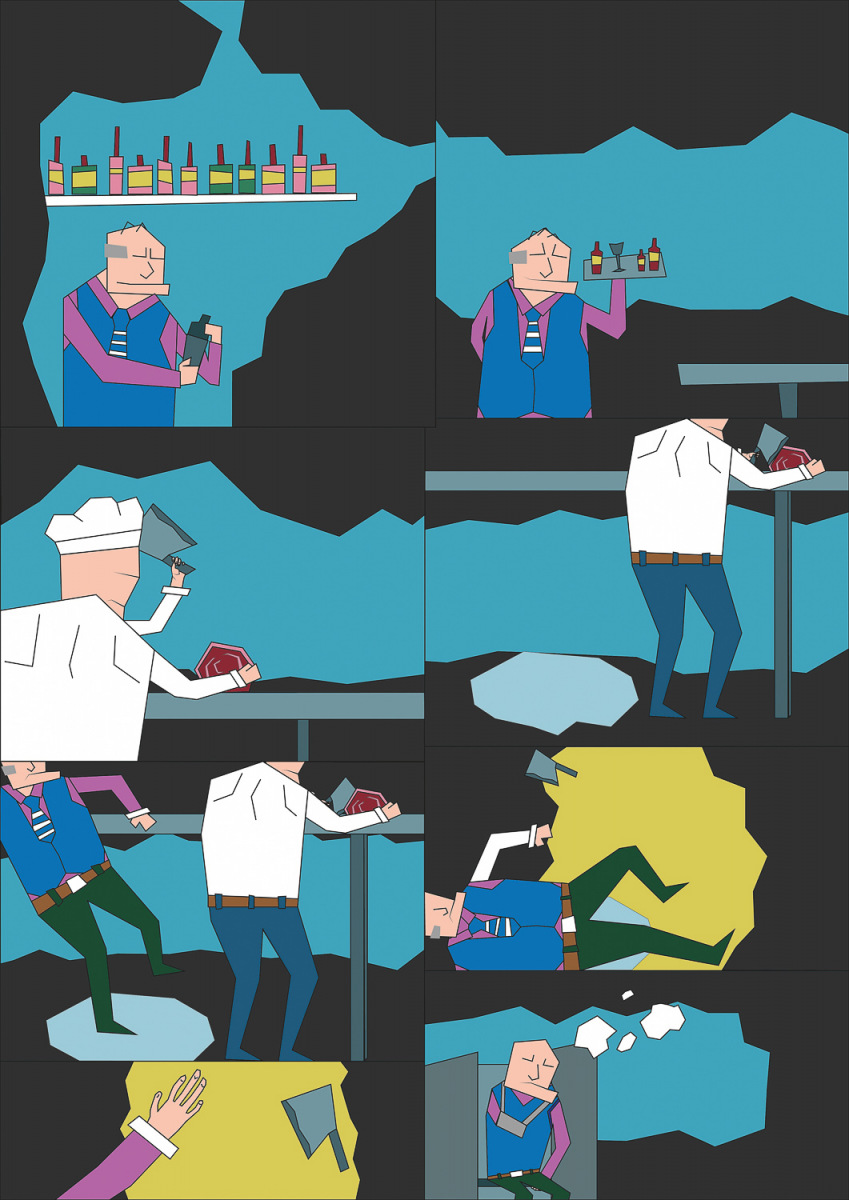