As a child I was fascinated by vampire films and the fact that everyone has a different interpretation of what a vampire should look like. Vampires appeared in Romanian mythology and I was particularly influenced by the Strigoi – a creature that can turn into different animals and is sustained by the blood of any living being.

I combined my SFX and Fine Art specialist skills to create a humanoid Strigoi vampire sculpture that is in mid-transformation from a vampire bat, and a film style poster. The clay head of the vampire was created using oven-dry clay, so I was able to paint over it in a deathly pale skin colour and add realistic skin texture to portray the humanoid transforming into a vampire bat.

The poster shows the vampire, the place where he resides and villagers from the film. This is further inspired by the 1960s and ‘70s horror posters. Using the rich texture of acrylic paint, I experimented with a bold but dark colour palette to create atmosphere.

I wanted the vampire to be the embodiment of pure evil – I feel the final pieces show its characteristics in detail and have a unique, intricate feel to them. 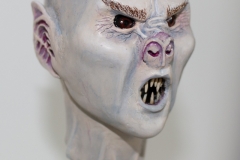 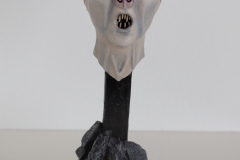 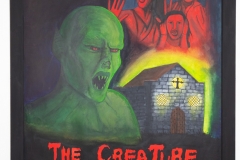 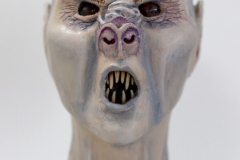 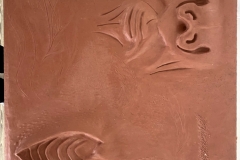 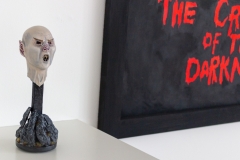 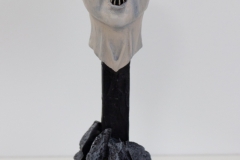