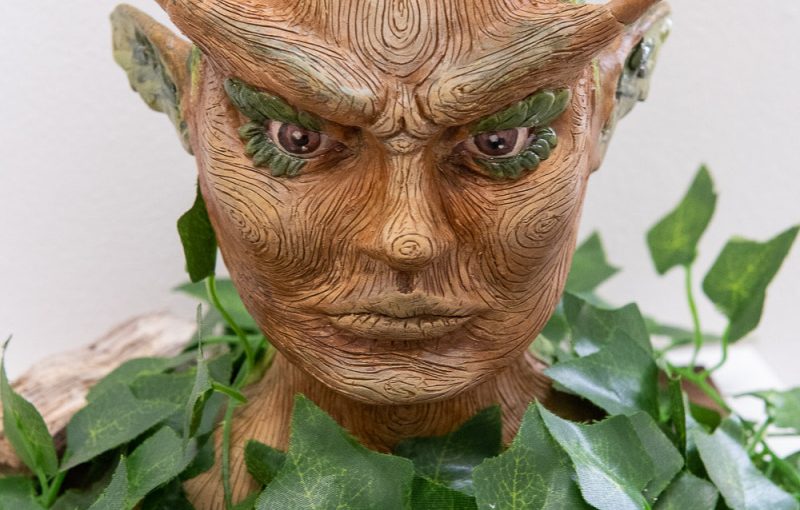 ‘Nature of The Forest’

The concept behind my work is the narrative of a Tree spirit who lives peacefully within his forest until deforestation begins, destroying his and animal’s homes. Infuriated he retaliates to regain his forest.

I was inspired by Japanese Shinto faith and Miyazaki’s interpretation of nature Kami. I was heavily influenced by industrialization; agriculture and the negative effects pollution has on Earth. I chose deforestation. An artist who inspired me was Bernie Wrightson who illustrated marvel’s ‘Swamp thing’.

The forest and kami are inspired by nature in areas where I live, helping me connect to my creature making it more authentic. I documented this, other anime artists and processes in my sketchbook along with location images of skyscrapers in Manchester that inspired buildings.

My story is narrated through a series of drawings as sequential art, hand drawn and painted on a scroll made from mixed media paper. I chose this format as I am using both alcohol markers and watercolour. Watercolour is used as research suggested Japanese historically used this medium on scrolls. Other options were Xuan paper and papyrus however pen worked best with mixed media paper. I chose pen for finer detail and outline to the foreground.

Nature and creature are depicted using bright natural tones to portray peace and life and industrialization using mostly sharp shapes and monotones to appear bleak and lifeless. For physical representation of how the creature looks and feels, I created a sculpture using super sculpey with a clay texture board. Textures created were wood bark sculpted using samples collected as inspiration with features for my creature. My sculpt is painted using acrylic paint.

The scroll will be displayed hung on a wall as it would be displayed at a shrine. The best way to display the sculpture is alongside the texture board on a plinth giving the viewer an immersive experience. 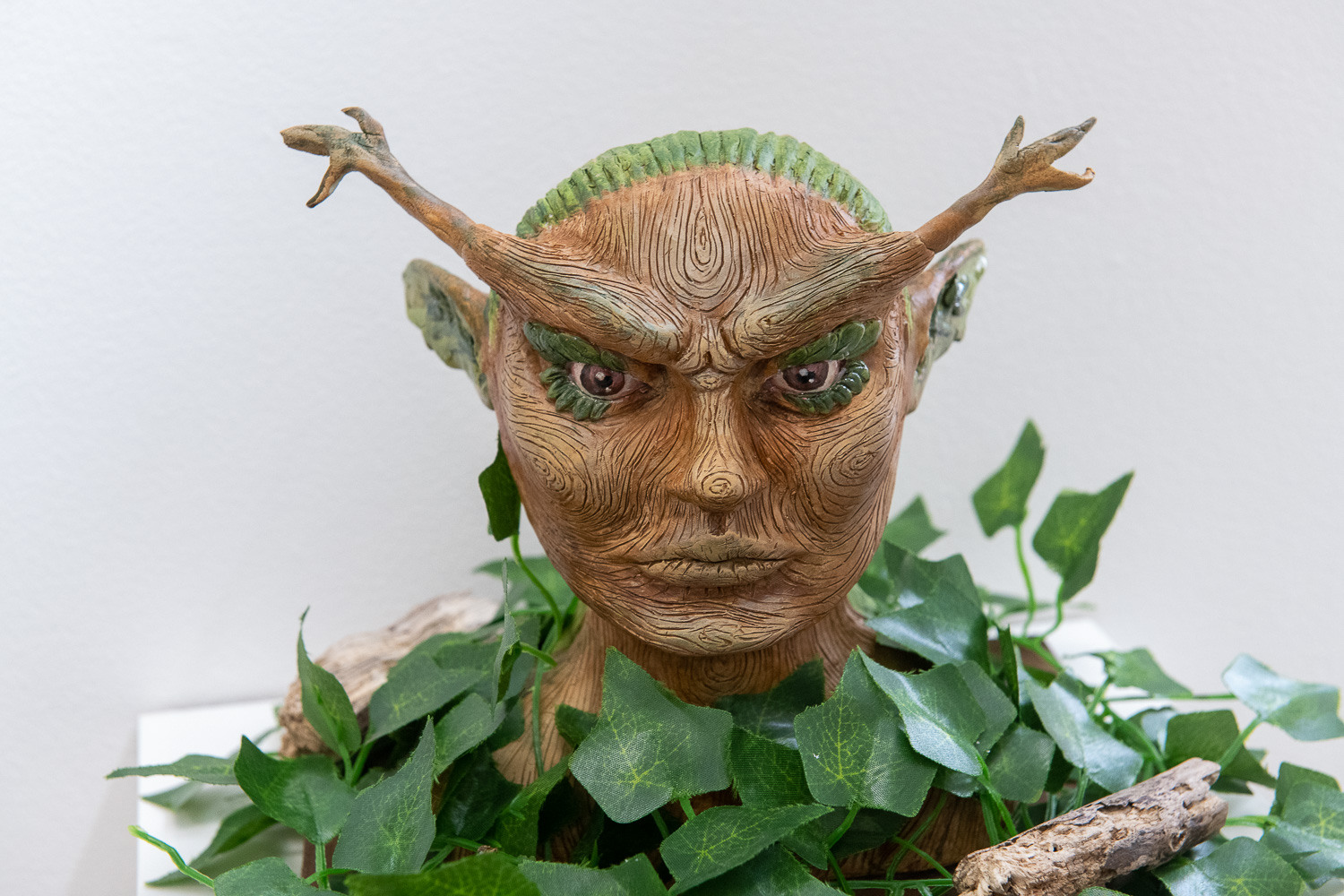 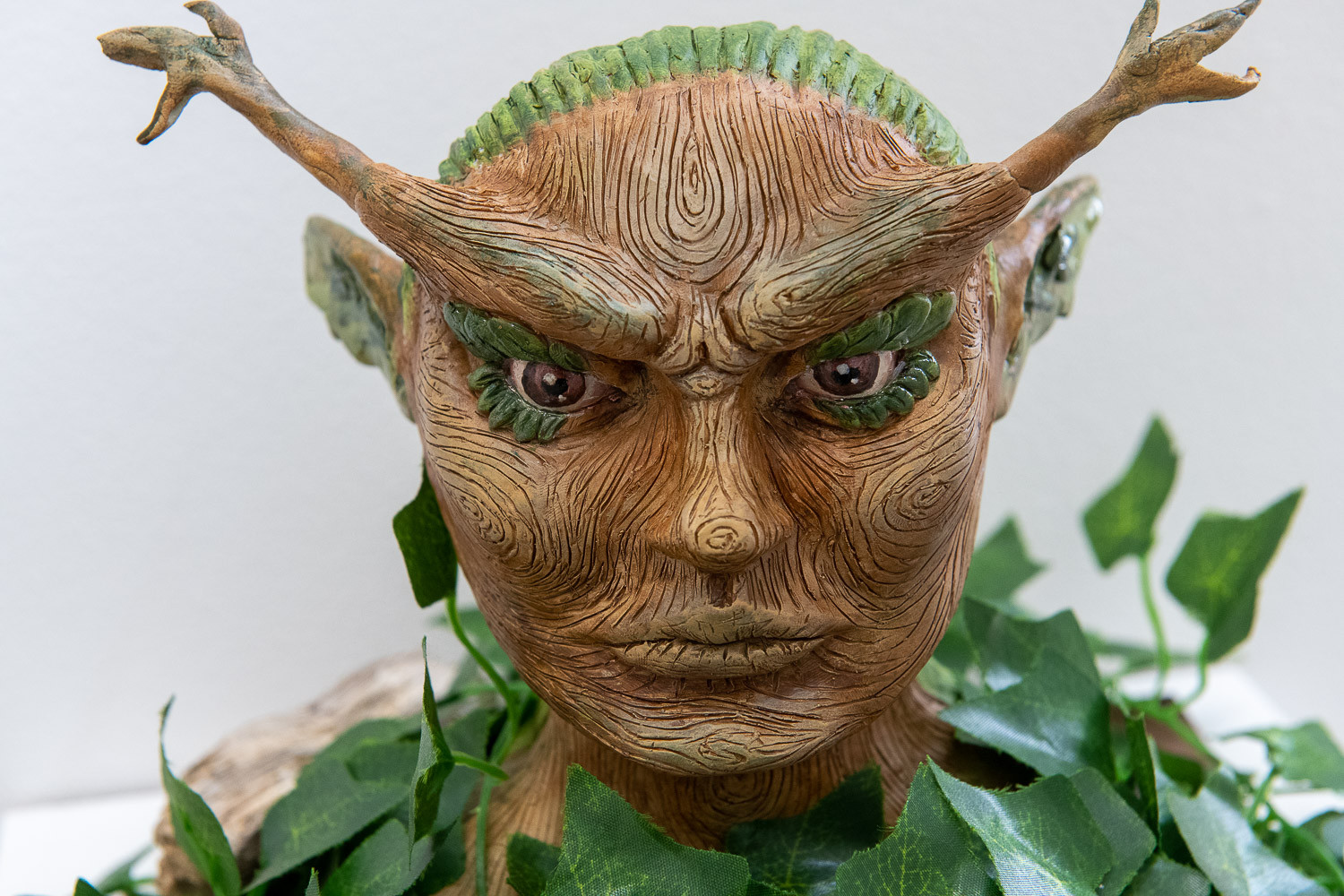 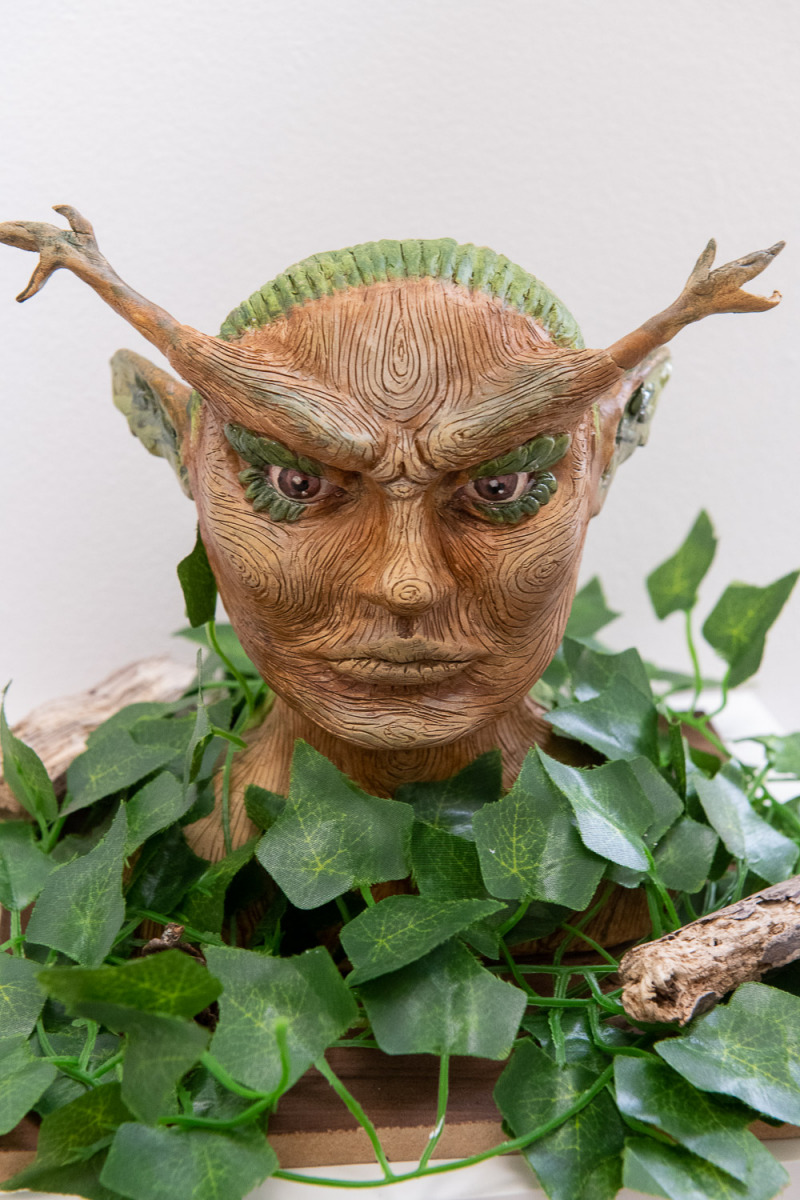 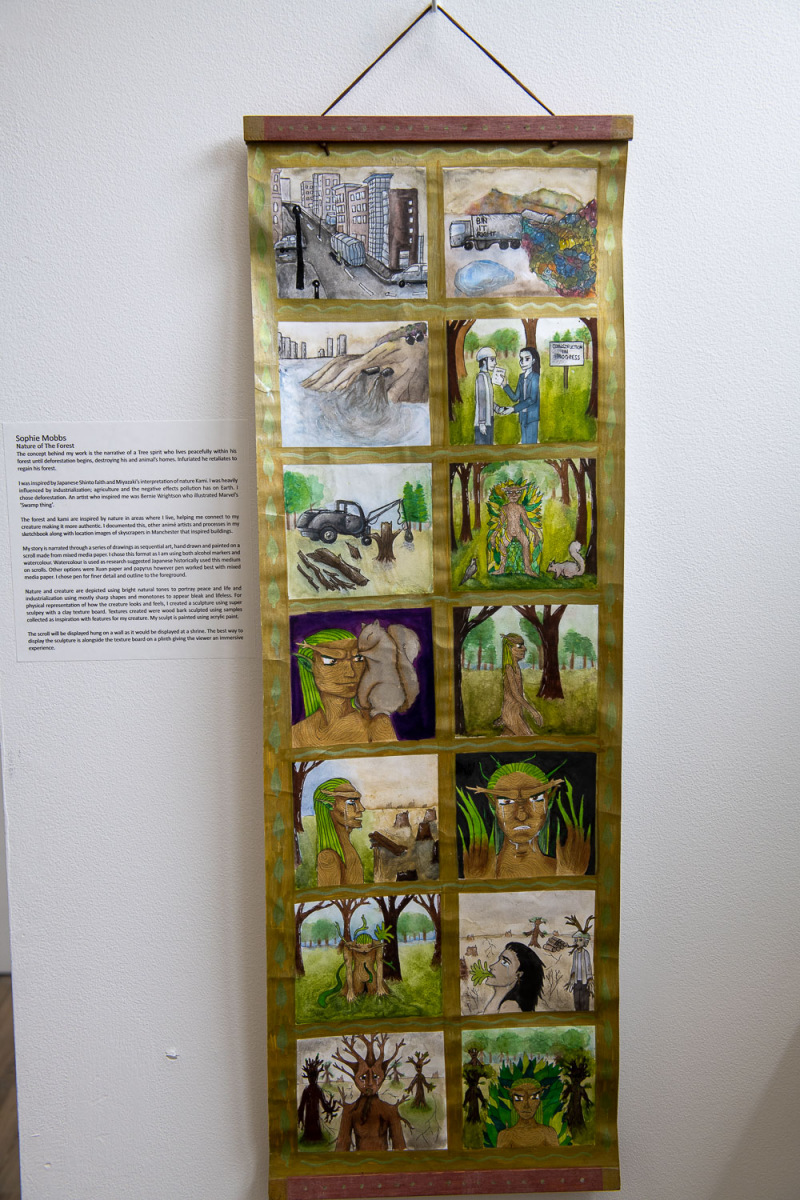 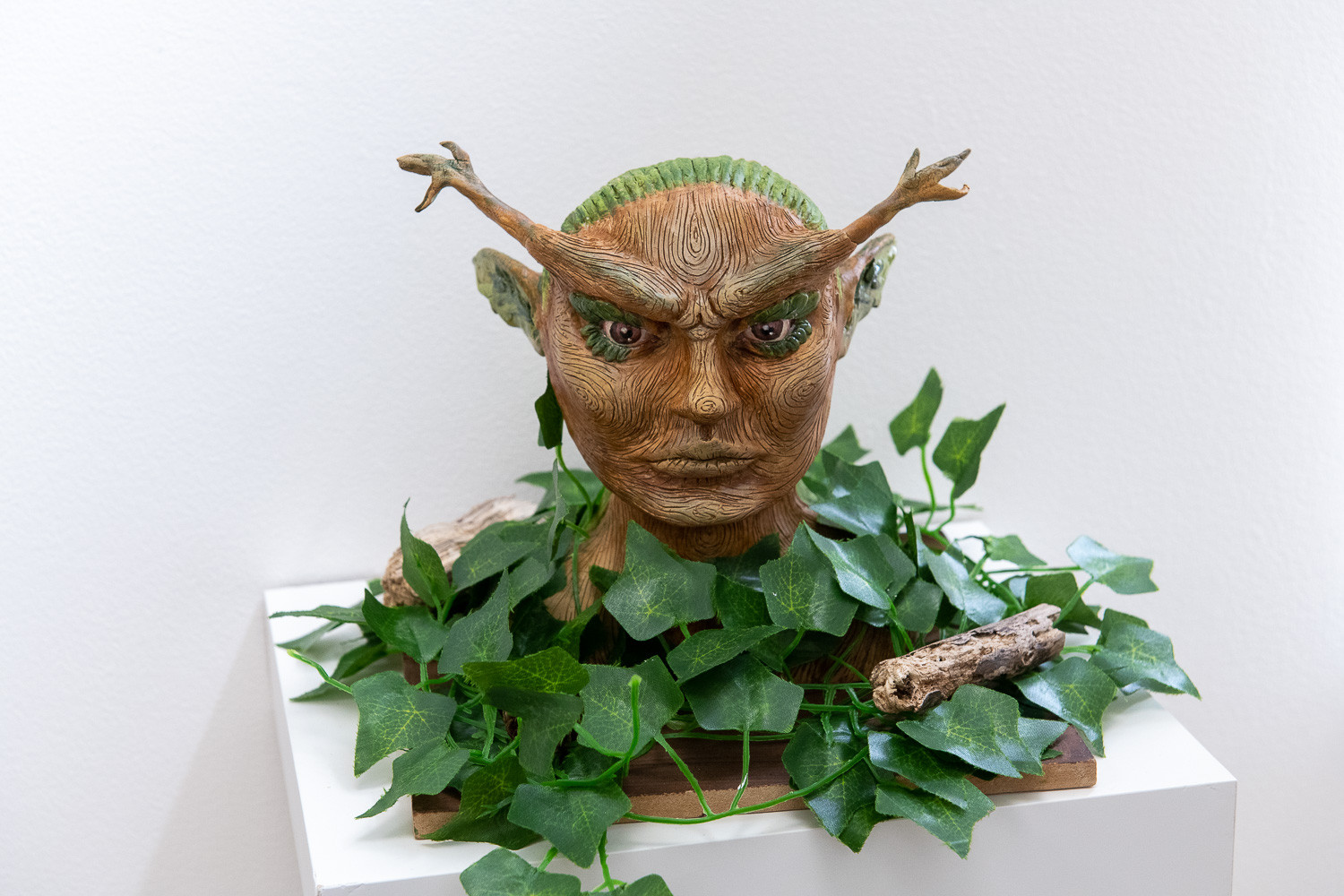 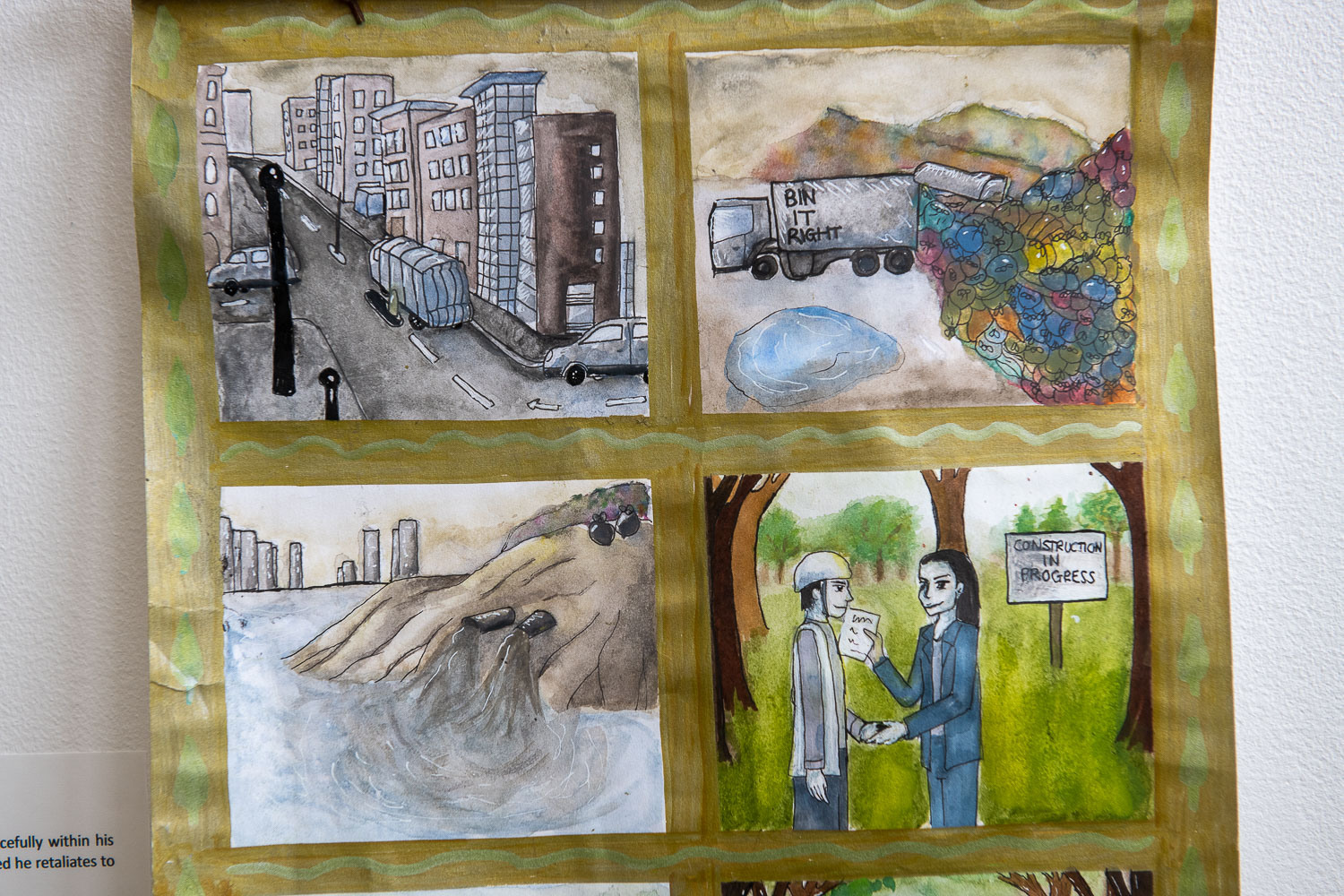 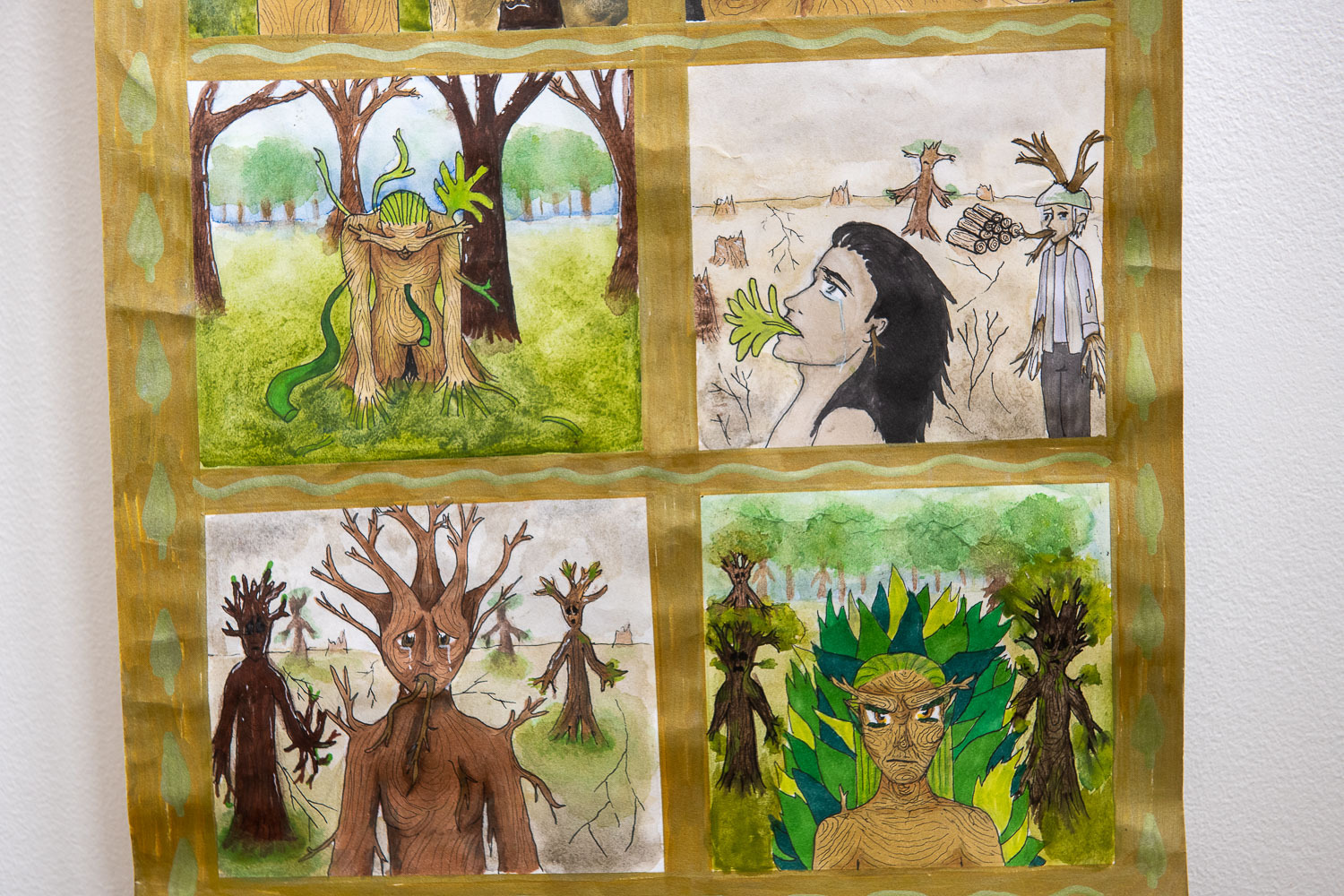 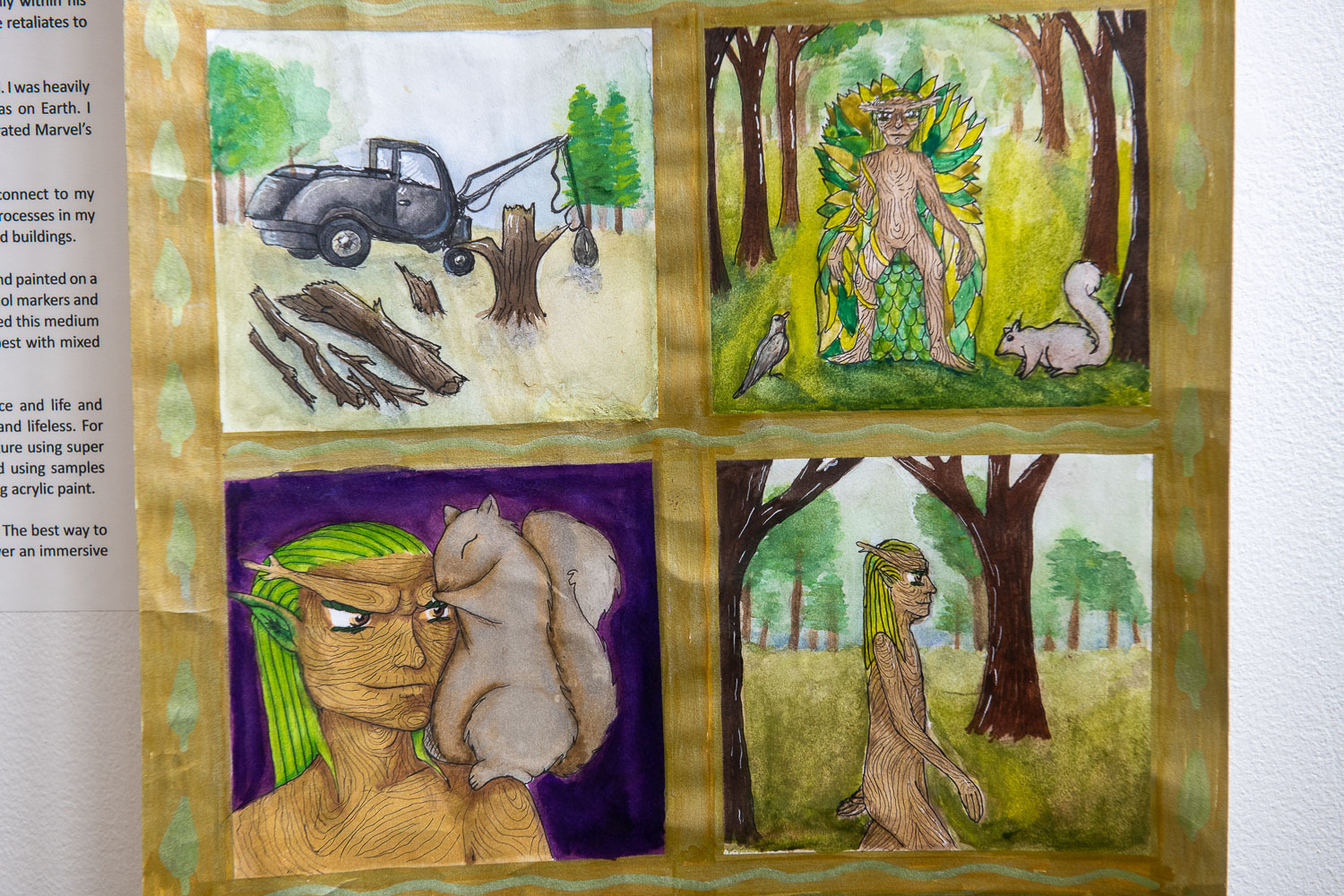 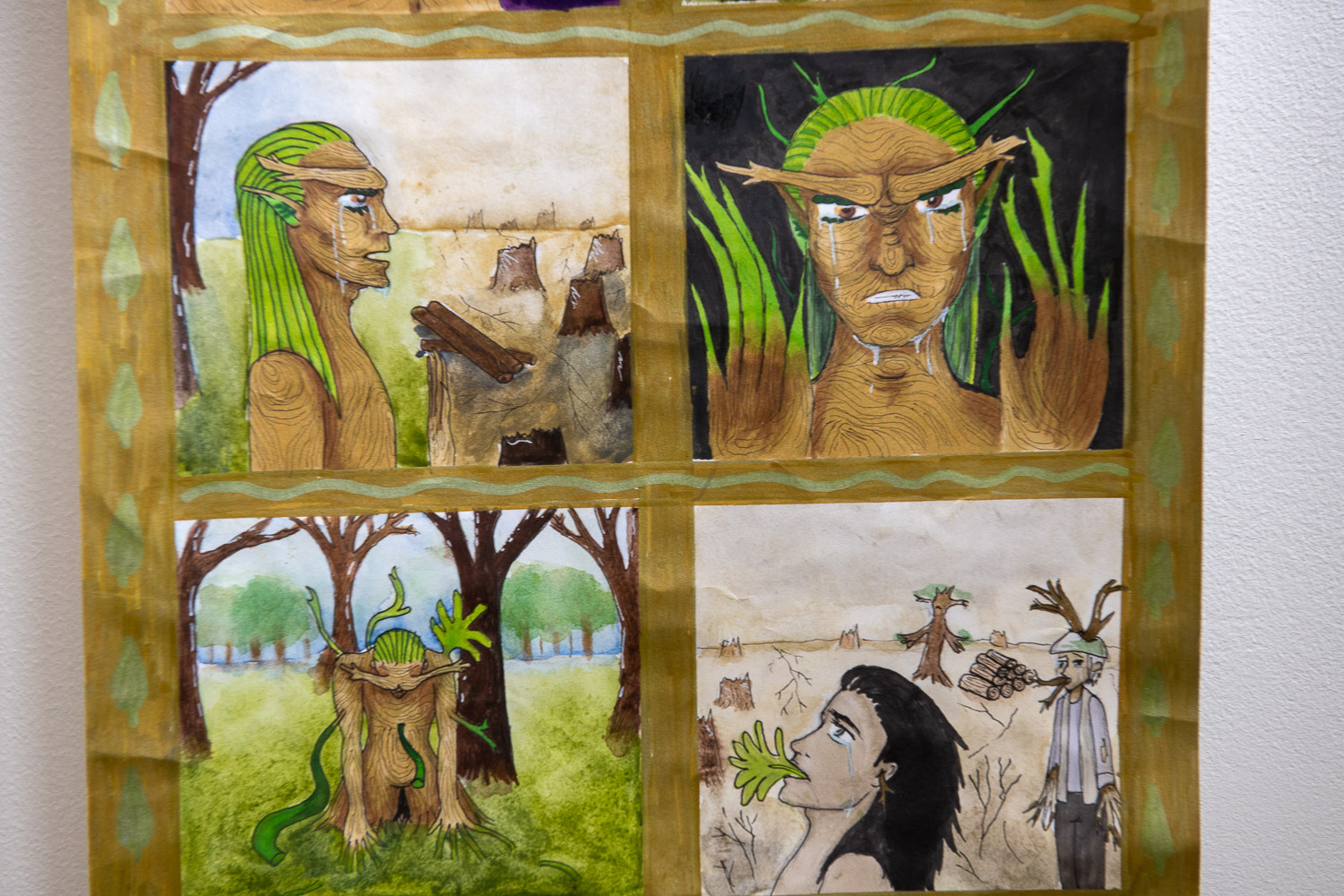