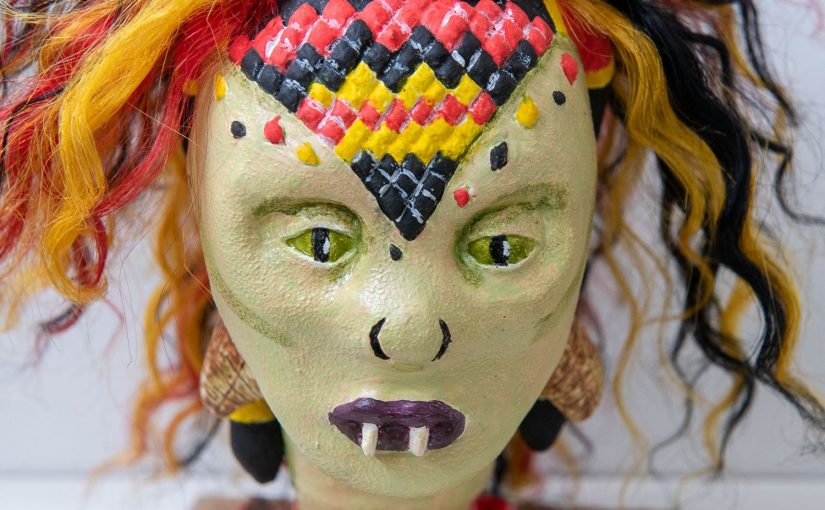 For my final project I chose Greek mythology and recreated Medusa interpreting the contextual narrative and visual aesthetic with my own designs, combining my specialist skills in Animation and Illustration and Special Effects in response to the theme of Body, Identity and Character

There are differing versions of the myth, one being that Medusa was born a beautiful woman who was raped by Poseidon in Athenas temple, Athena then punished Medusa turning her into a gorgon. I have titled my work Silenced as in my opinion Medusa was Silenced in several ways. One by Athena who forced her to live in exile when she turned to her for help after the rape turning Medusa into a gorgon and then again when Perseus beheaded her.

I have produced two pieces of work.  I have applied my special effects skills to create a maquette sculpture of Medusa’s head using cos-clay, sculpting tools, synthetic hair, primer, and acrylic paint. I experimented with media to create different textures using resin, cornflour glupe and hot glue gun. I took inspiration from coral snakes using the colours of red, yellow, and black for the snakeskin, snakes, and hair.

For animation & illustration I have designed a powerful A1 digital painting using Adobe Photoshop. The work portrays a scene from Athena’s temple where Poseidon meets Medusa before raping her. Creating the work in Photoshop has developed my knowledge, skills, and confidence in digital editing and design.

During the project and through the process of reflection, evaluation, and analysis, I have realised that I have an interest in the process of transformation that motivates me creatively and contextually within my work; how you can start with an idea or an object and at the end of the creative process transform it into something new. 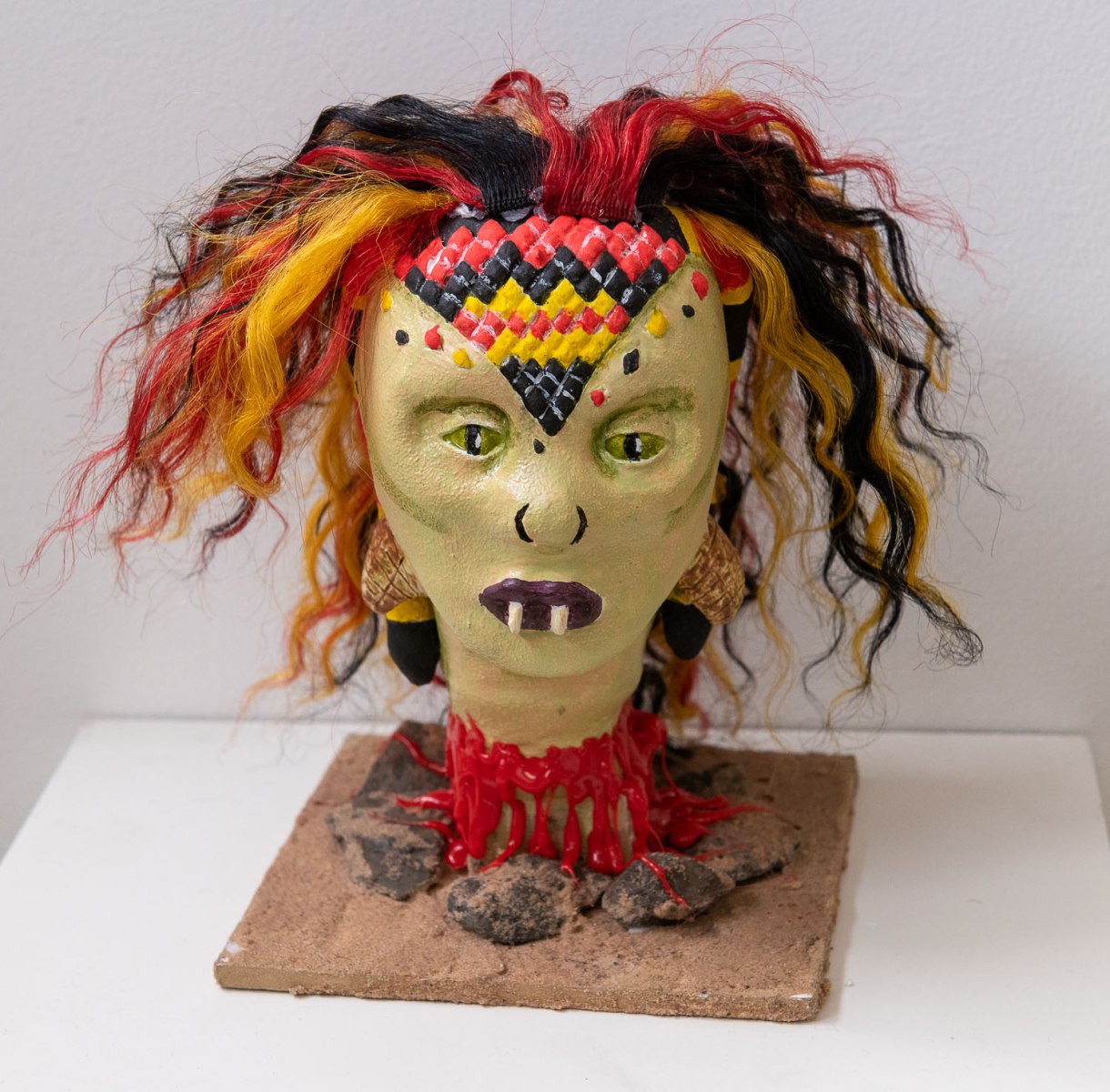 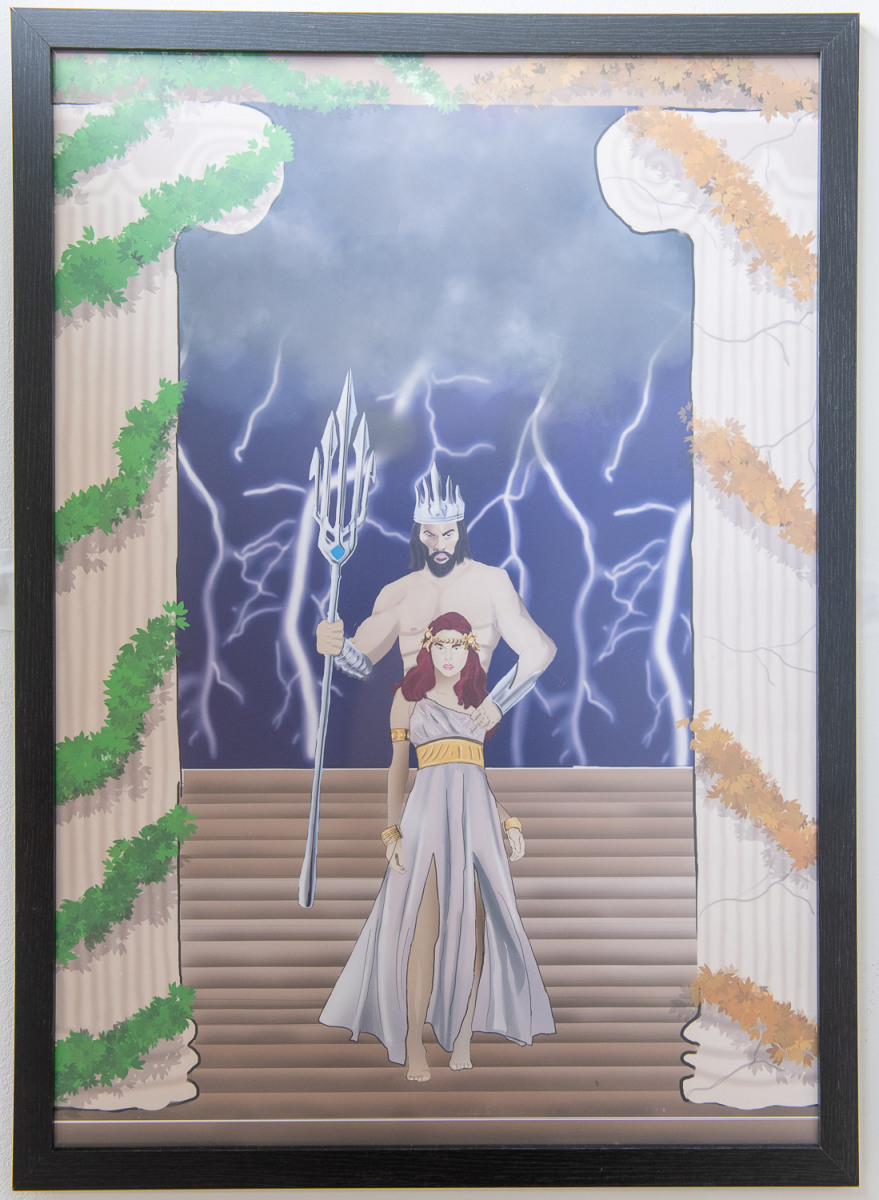 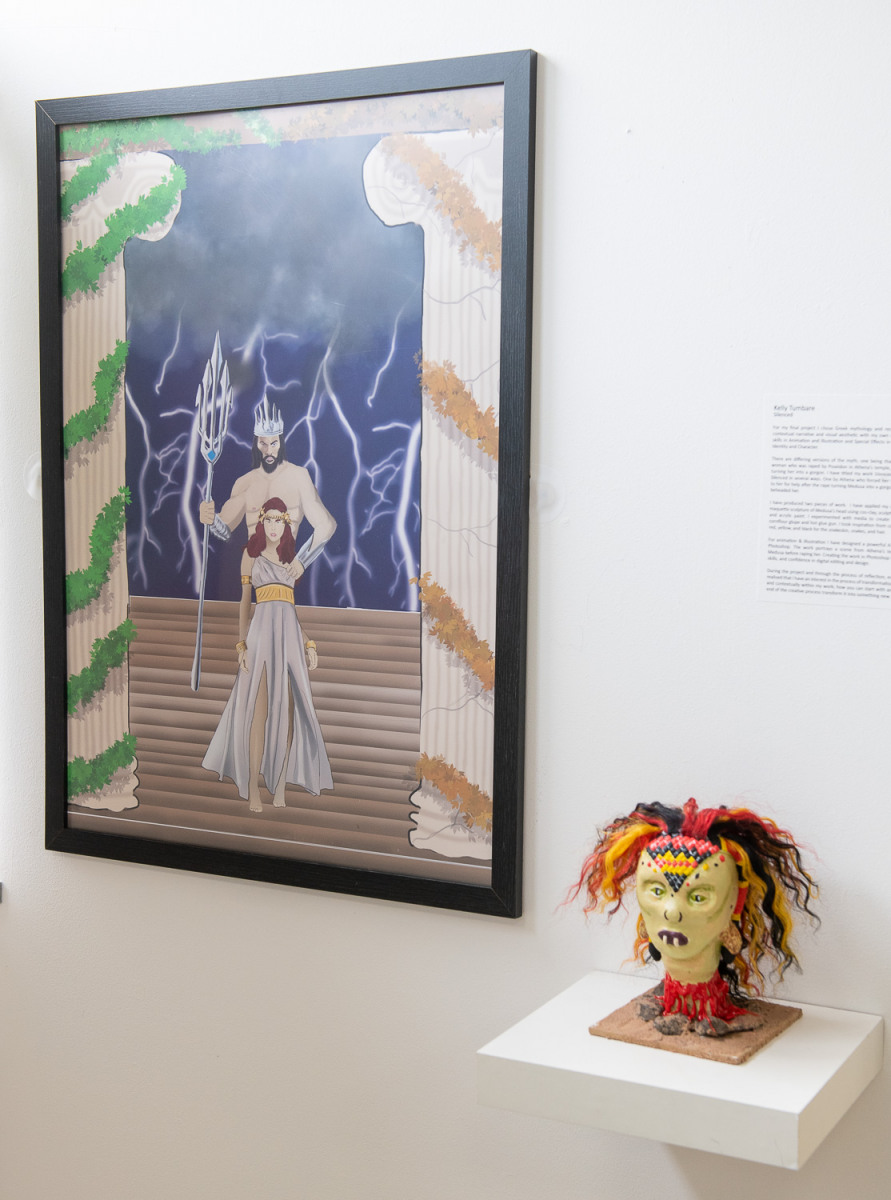 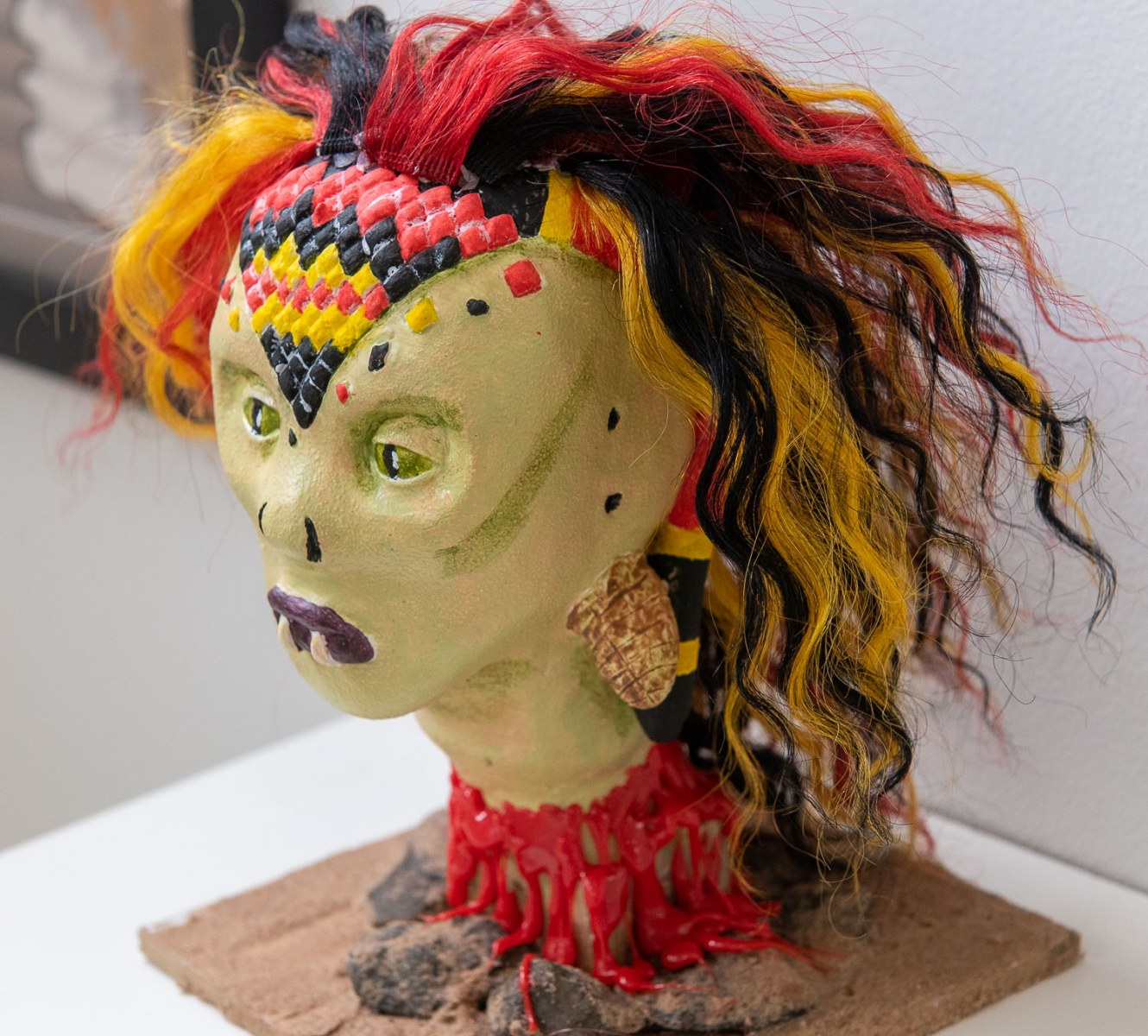 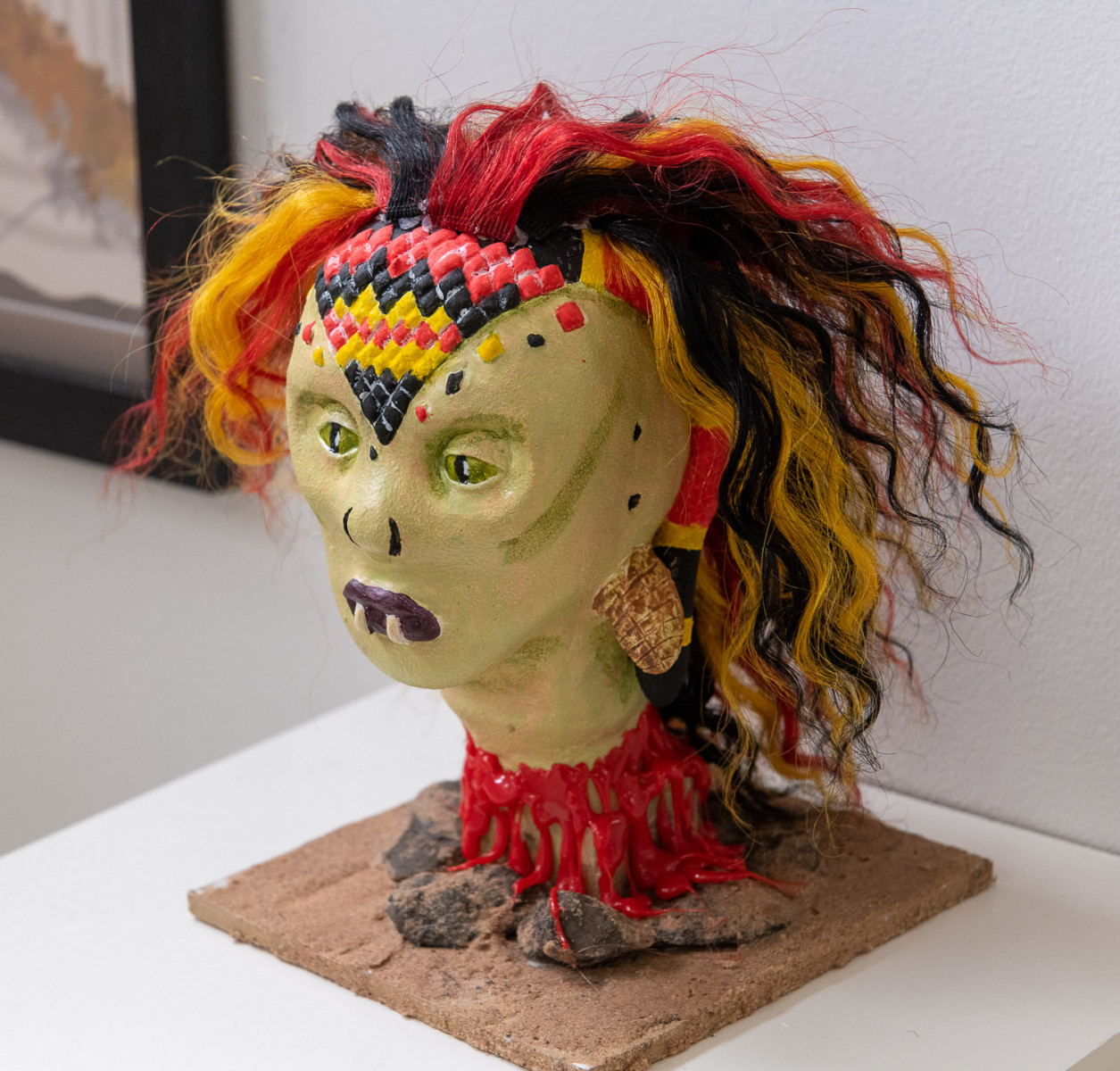