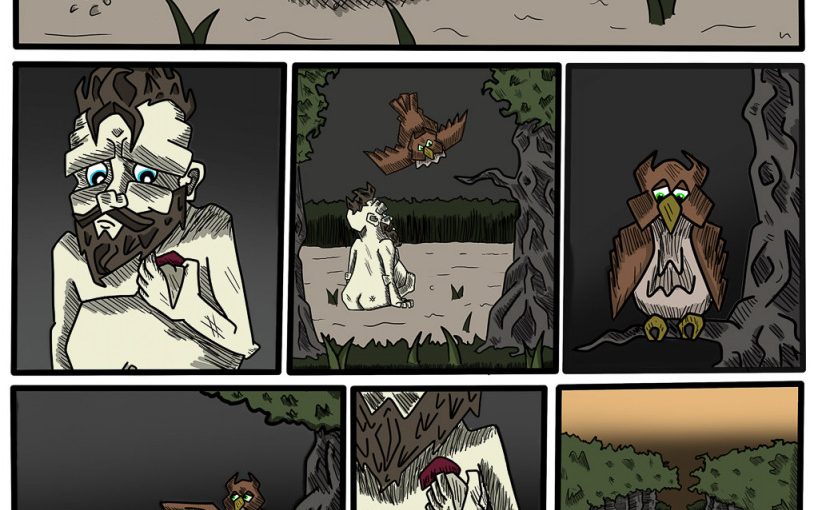 A redeeming quest of a heart broken

The theme of my project is drawn from a personal life experience combined with my passion for comic books, story-telling and model making.  I wanted to create a fantasy world where nothing makes sense but where real events of my life are portrayed through a nonsensical tone. I have created a silent comic book and a clay model of my main character.

The title of the project is ‘A redeeming quest of a heart broken.’ Male depression seems not to be spoken about enough and seems only to have come to light in recent years.  I want the audience to enjoy the child-like fantasy story about a man who fights to mend his broken heart, but also to recognise the message about the silence of male depression and how it can be overcome.  There are many levels to the story.

My work has been inspired by personal favourite comic book and stop motion movie creators such as Mike Mignola how he subverts human anatomy in the characters he creates, and the other worlds created by Tim Burton particularly in Corpse Bride (2005). Re-reading the comic books influenced my character design and page layouts.

I have used a palette of pale colours to convey the misery of the character and to set the tone. I drew all the comic book pages initially on A3 paper then digitally coloured them in Adobe Photoshop to give them a professional industry look.  My installation includes the sculptured character presented on a plinth with two small editions of the comic book and three A2 printed pages.

The final work is based on a personal story that I have thought about creating for many years but until now not had the resources or an idea how to bring it to life. 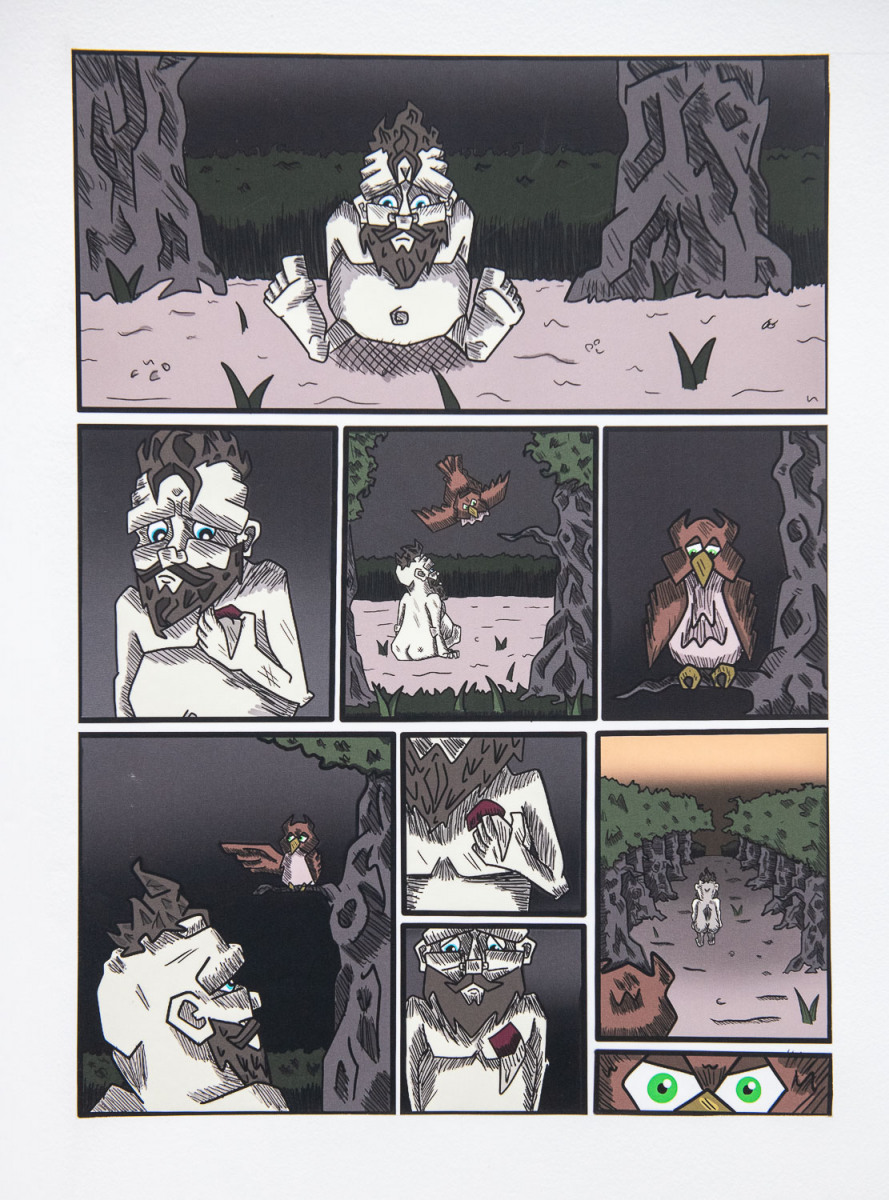 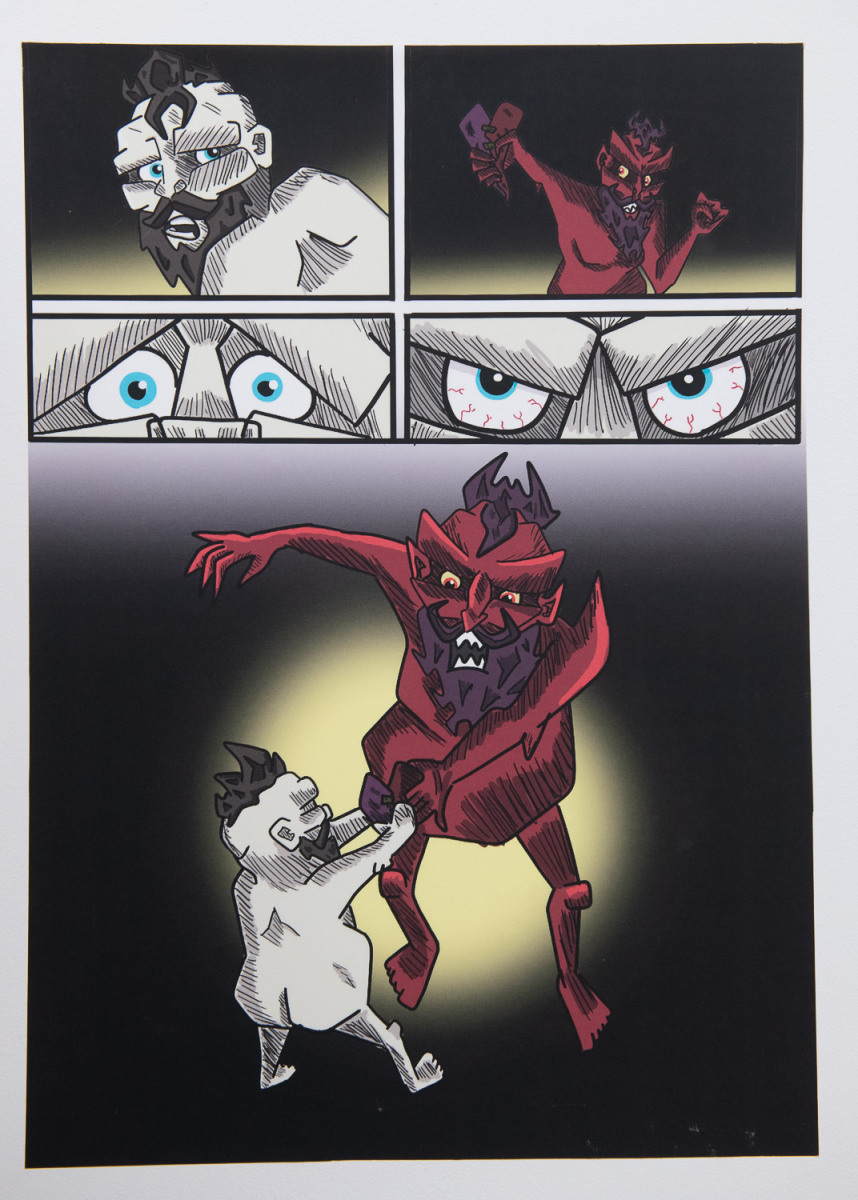 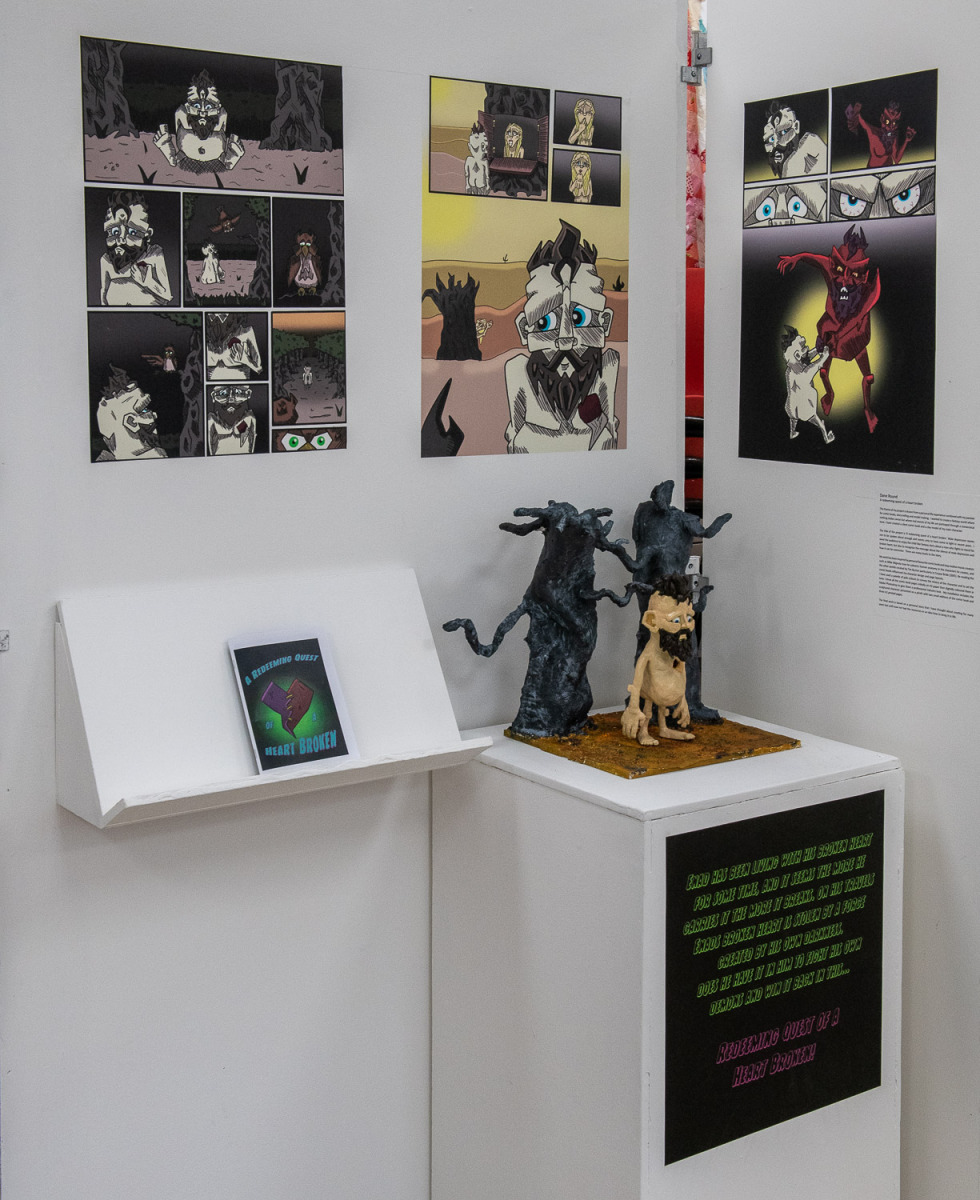 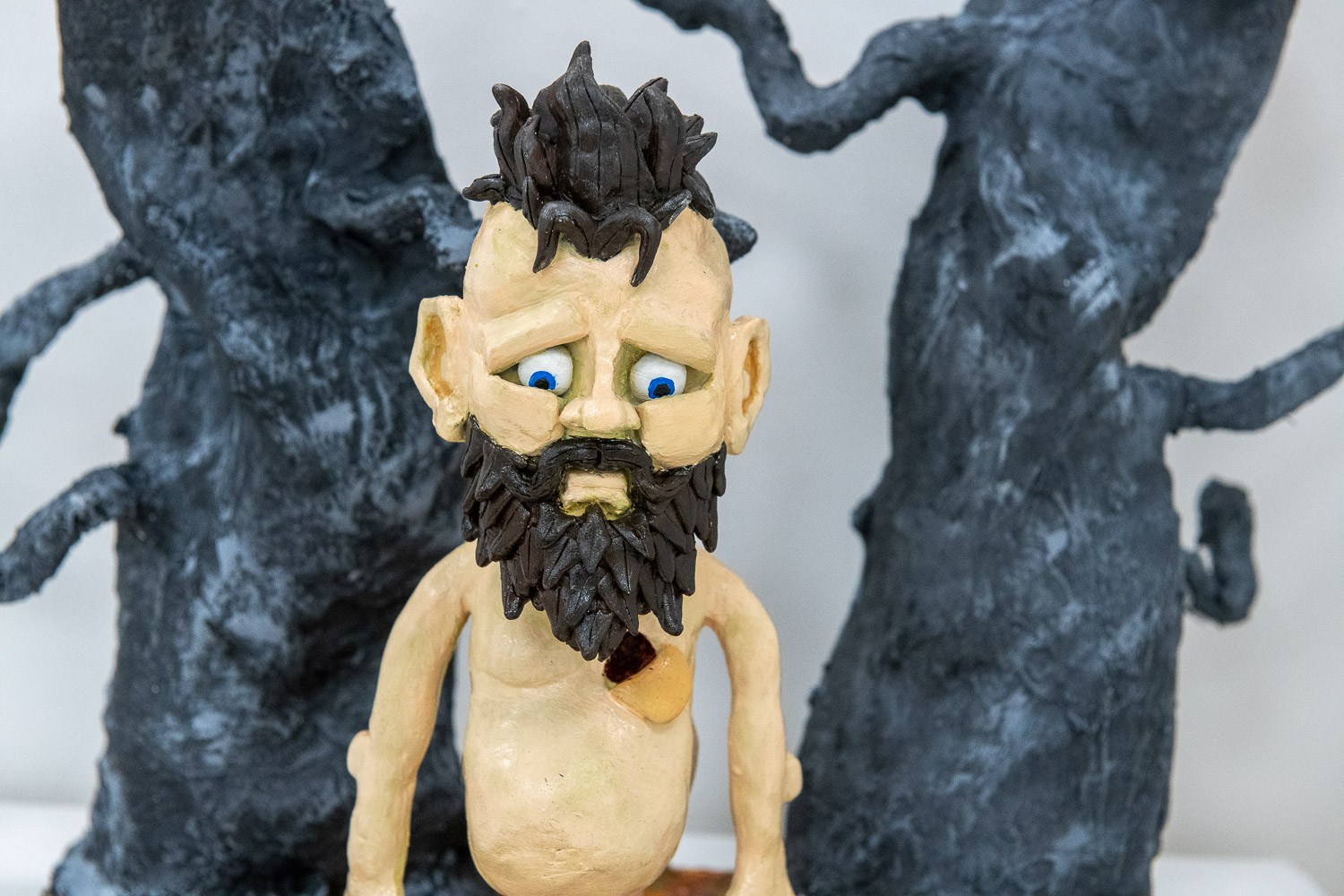 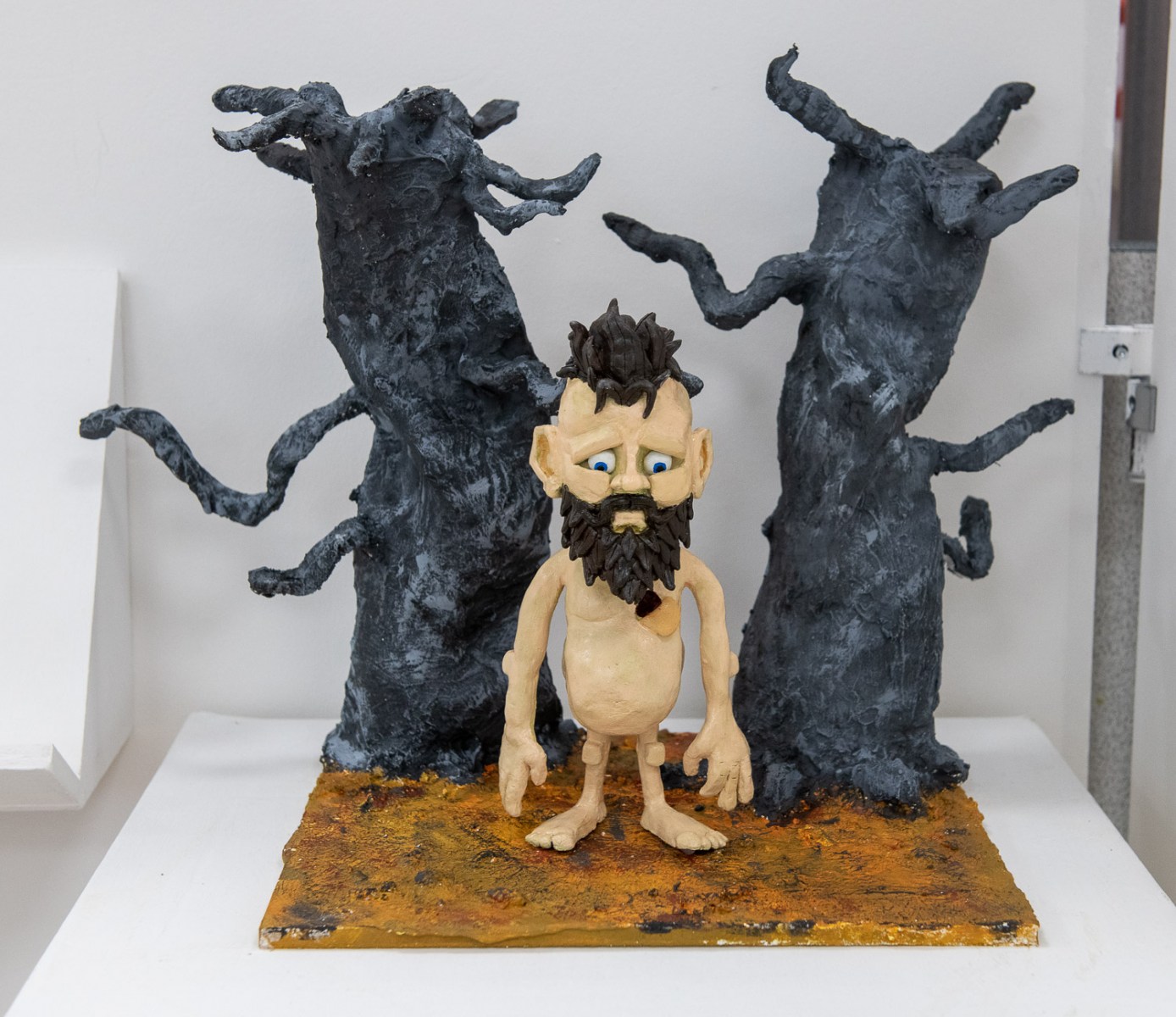 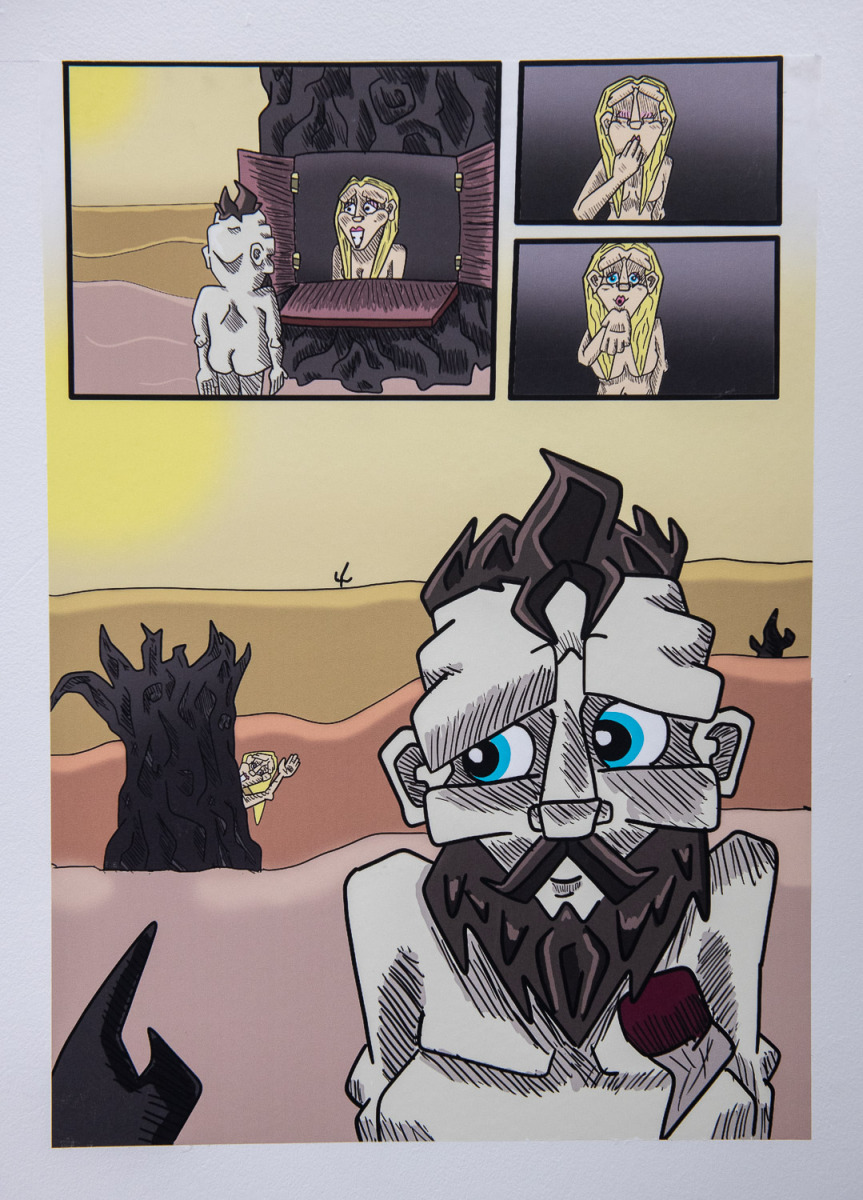 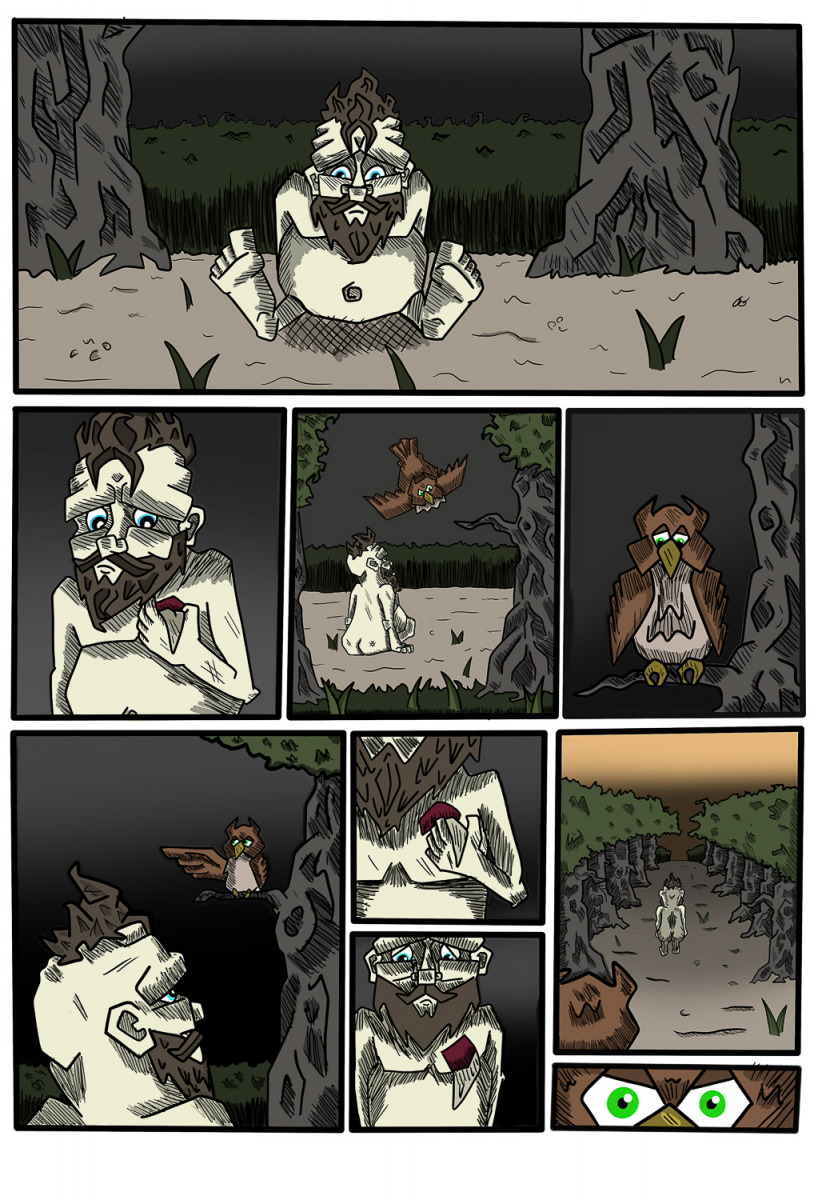 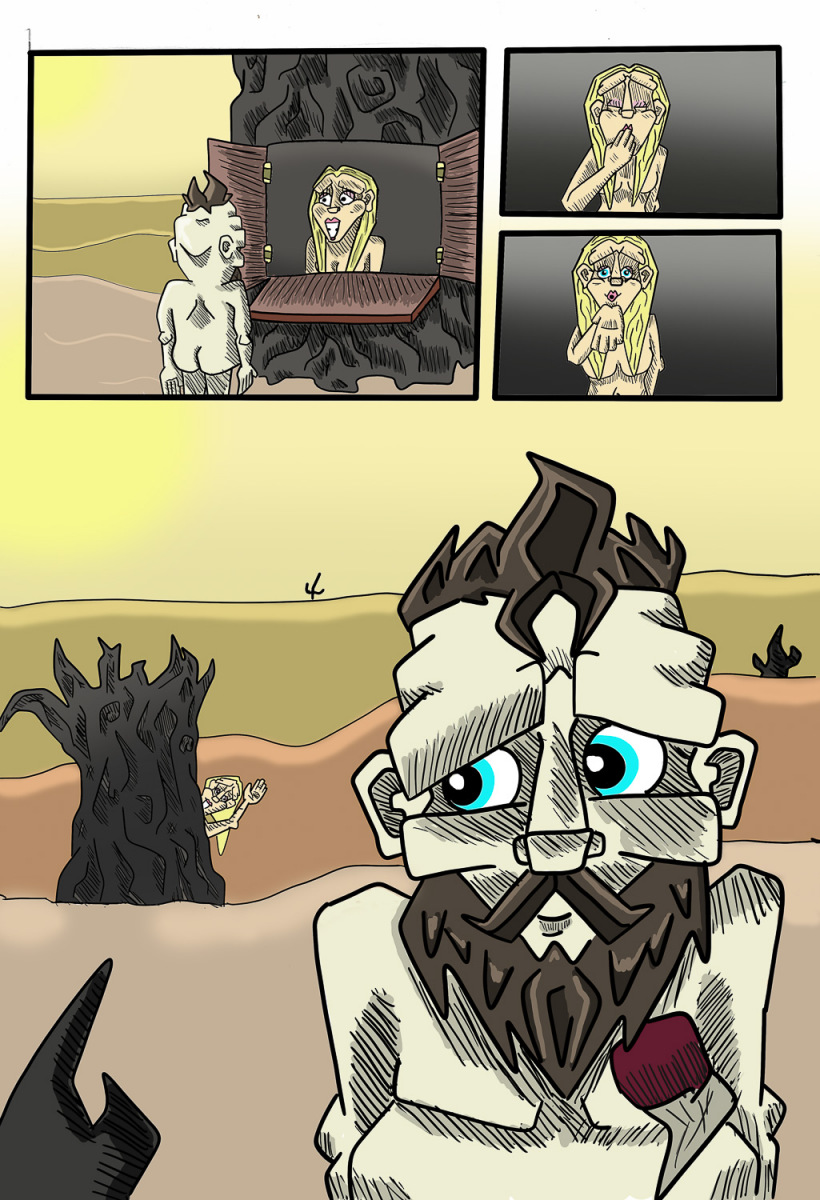 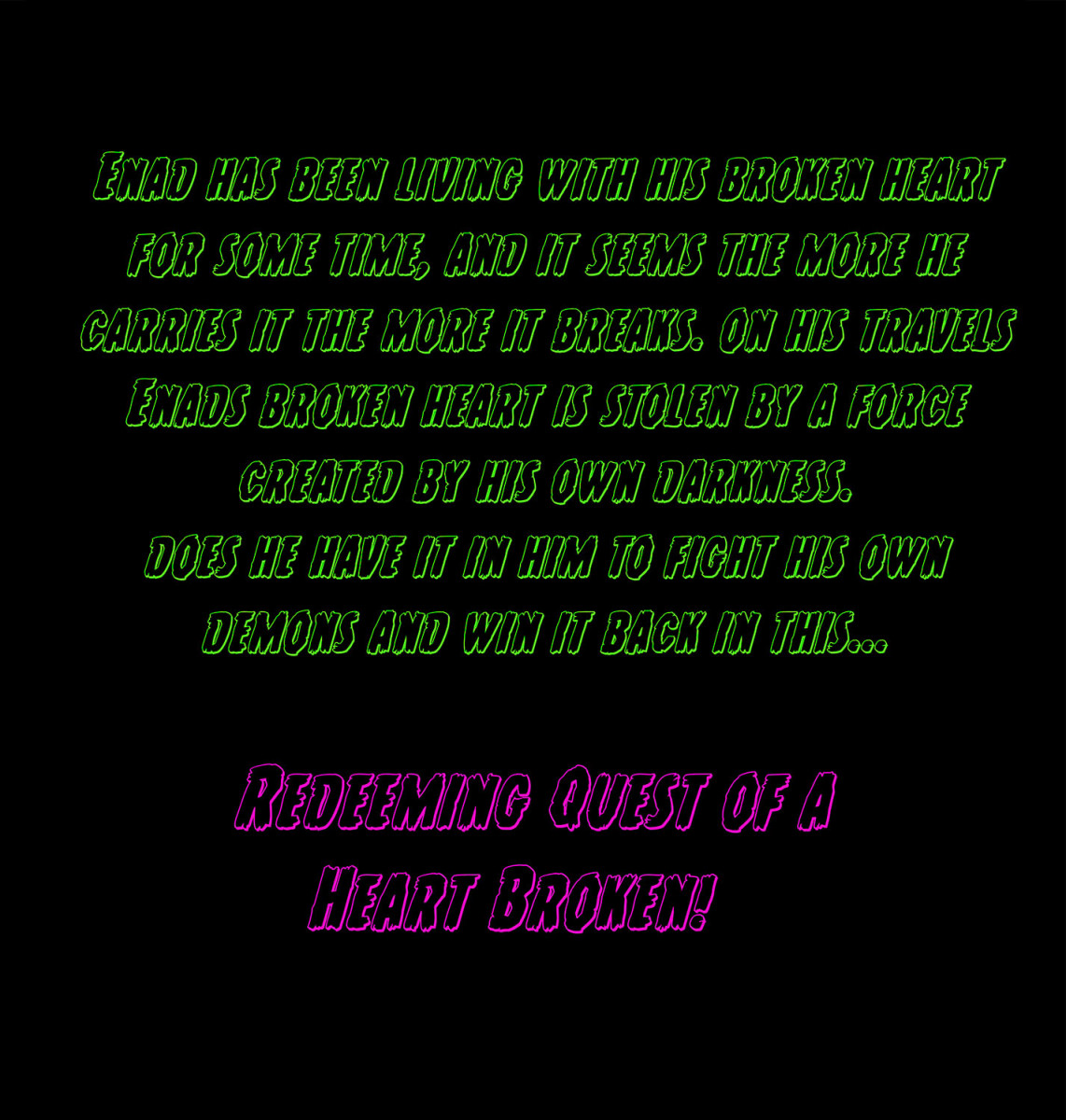 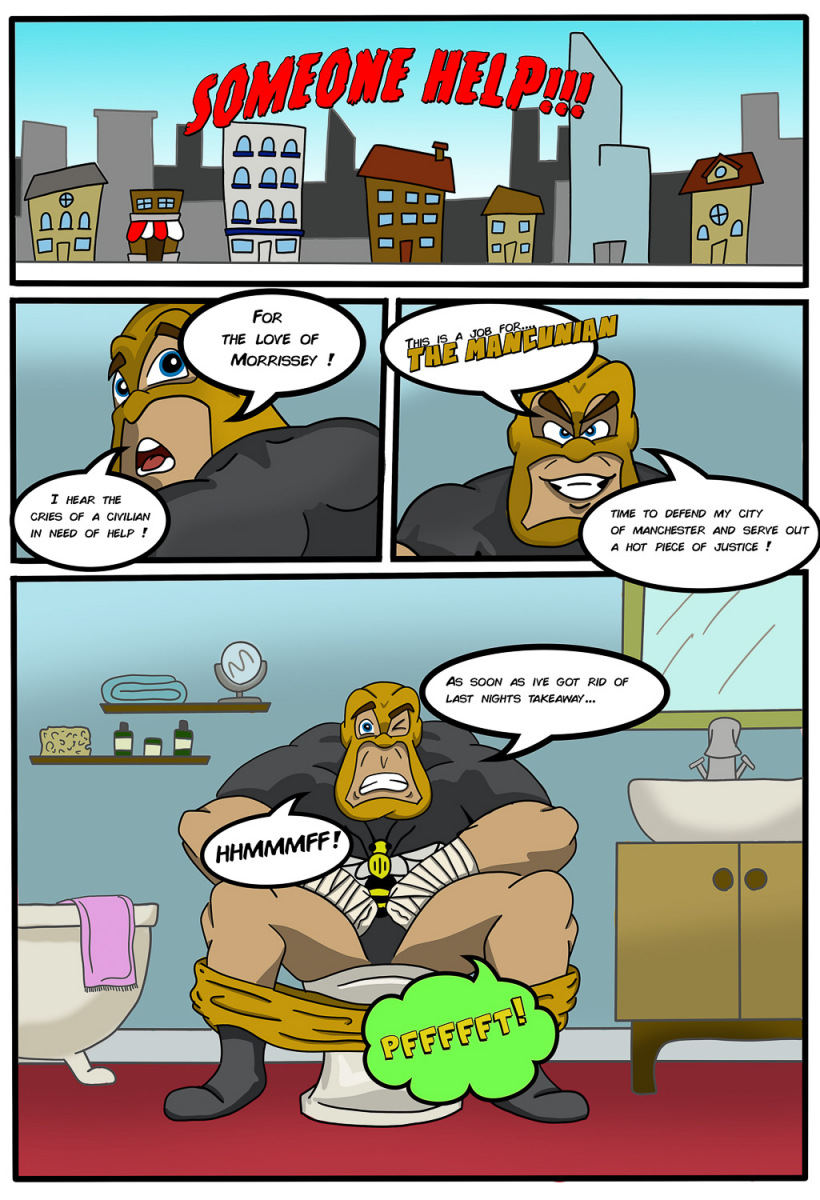