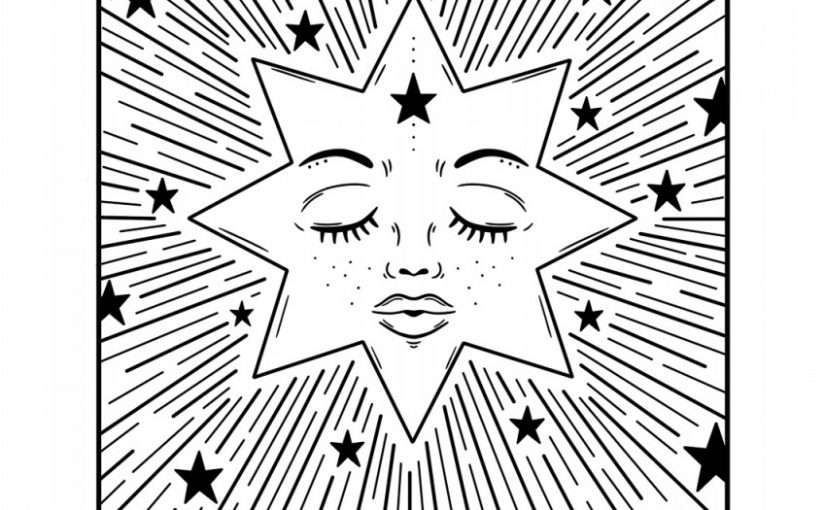 This project explores the theme of divination, in particular the use of tarot cards as a window into someone’s character. The choice of tarot cards when responding to the brief came from my interest in personal choice, as the cards are traditionally used to read deeper into your personal choices and how you make decisions while traveling through different paths in life.

The title of the work is ‘Divine Intentions’ to represent the power which the tarot cards hold as a tool to see into an individual’s personal life. The main focus of this project is the deck of cards themselves which have been carefully designed with individual illustrations to portray each card how I personally see them.

A significant influence on my work has been the artist Donna Fonx, who explored a similar project, while they followed the more traditional illustrations of the cards to create their deck, they added an element of modernisation through the use of ultraviolet ink. They initially inspired me to create my own card designs as I was captured by the idea of taking traditionally beautiful designs and renewing them to capture their meanings in a new light using my own personal style.

I have used my specialisms in graphic design and illustration to digitally design my set of cards, taking into consideration the illustration style, typography, branding and production of the deck. I decided to use a combination of amethyst and lavender coloured card with iridescent foiling to evoke a mystical feeling from the deck, while continuing this onto my packaging to tie the project together.

To go alongside my deck of cards I have selected three designs to print at A3 size and display as posters, to represent a traditional three-card tarot reading as well as to show my designs in more detail, these posters are printed on white card and foiled in purple in order to contrast the deck. 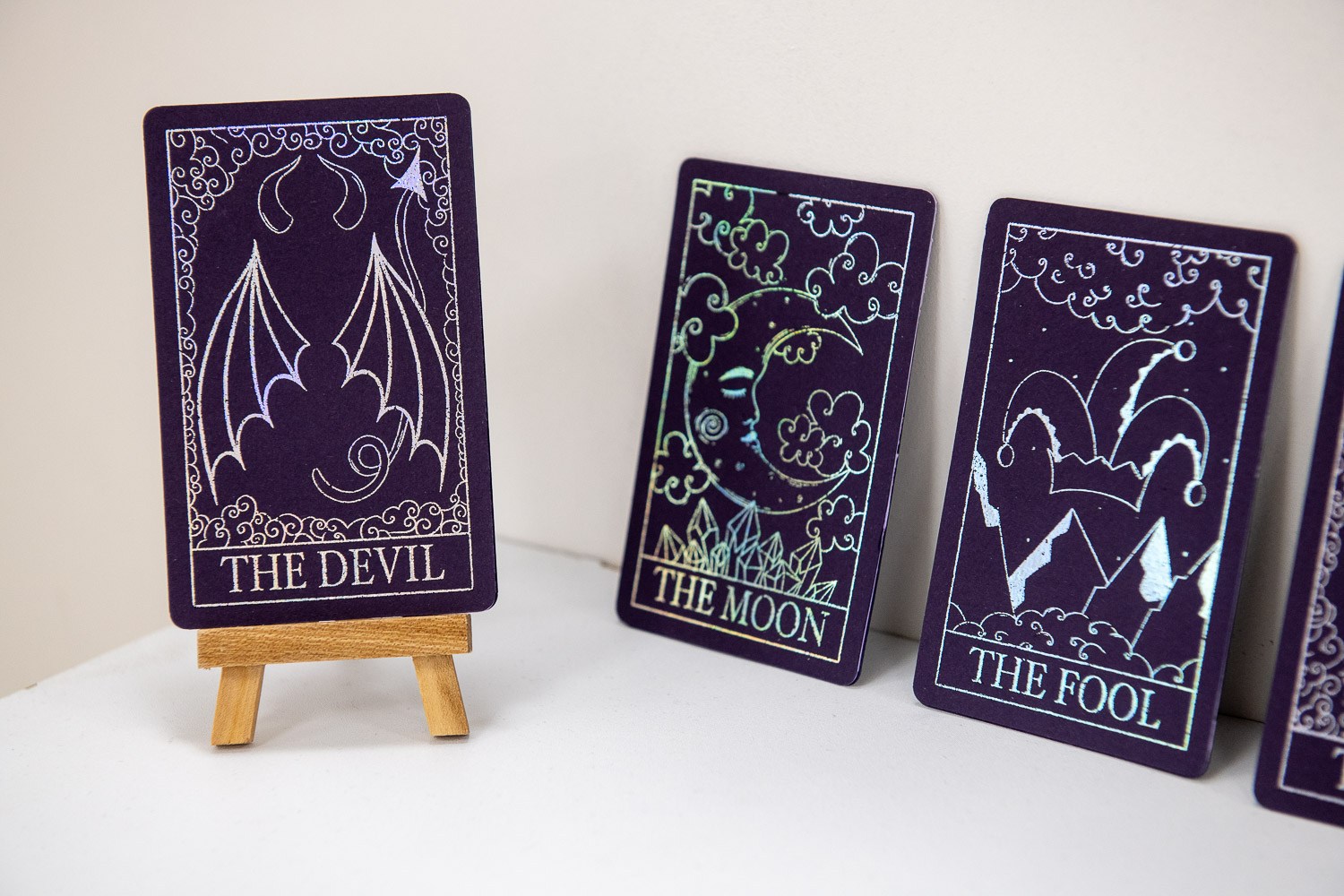 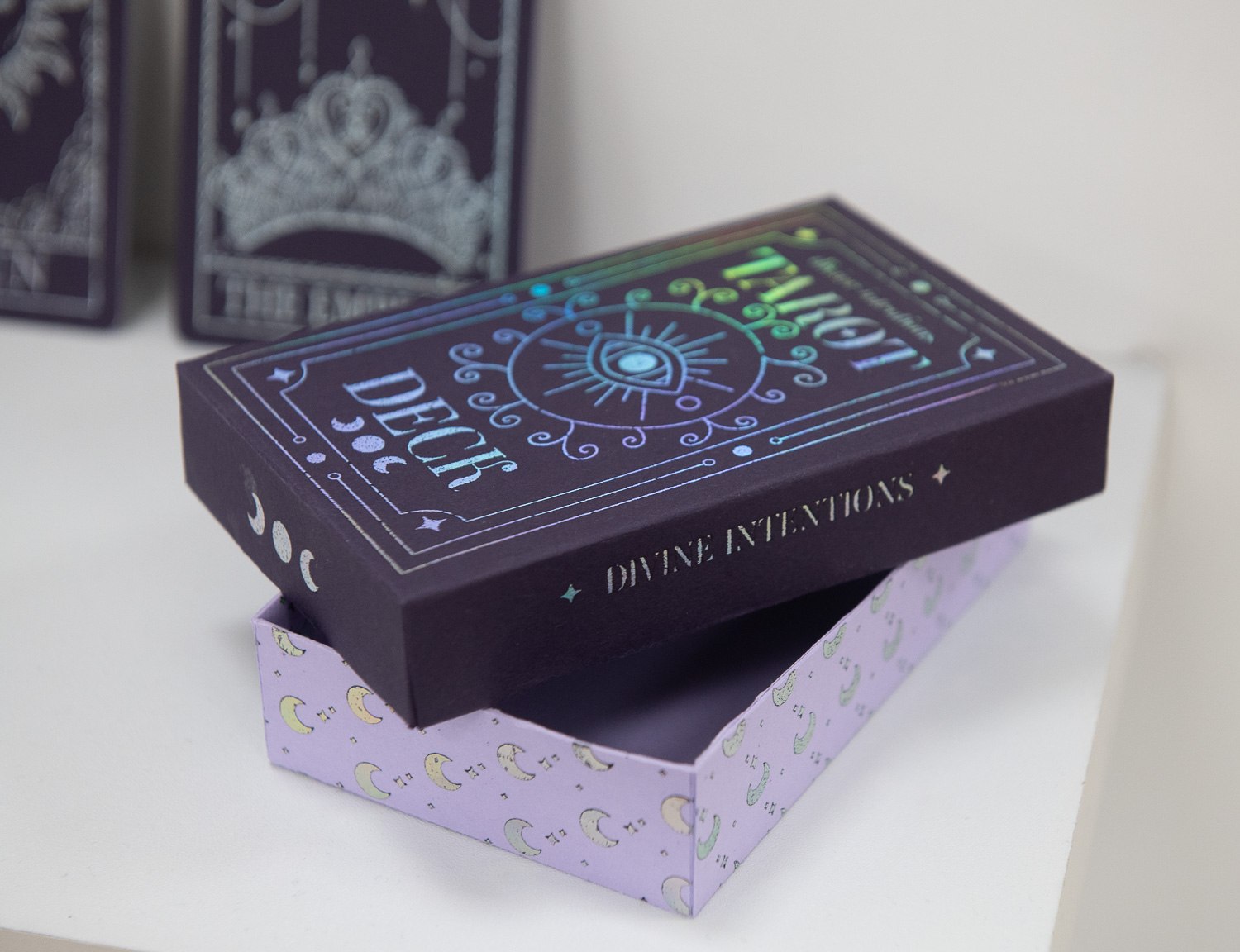 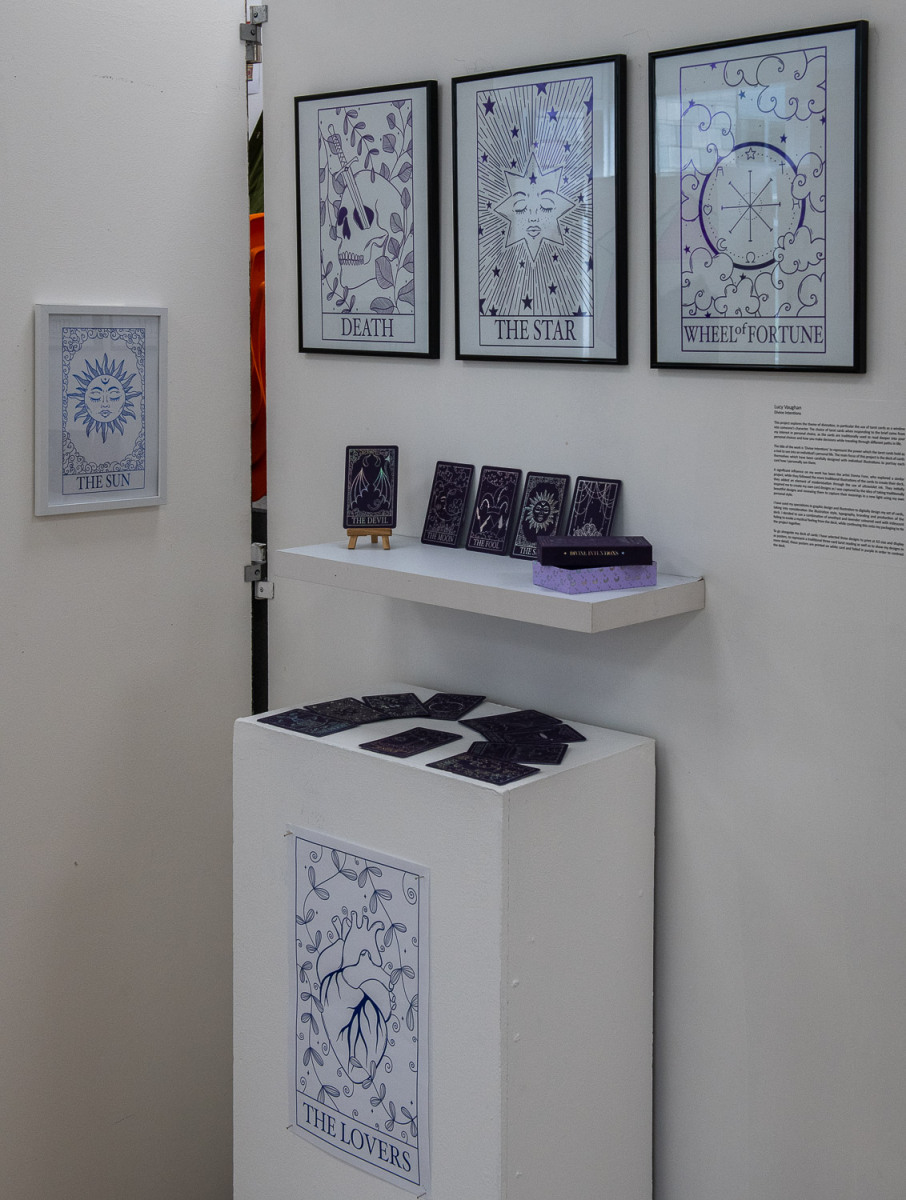 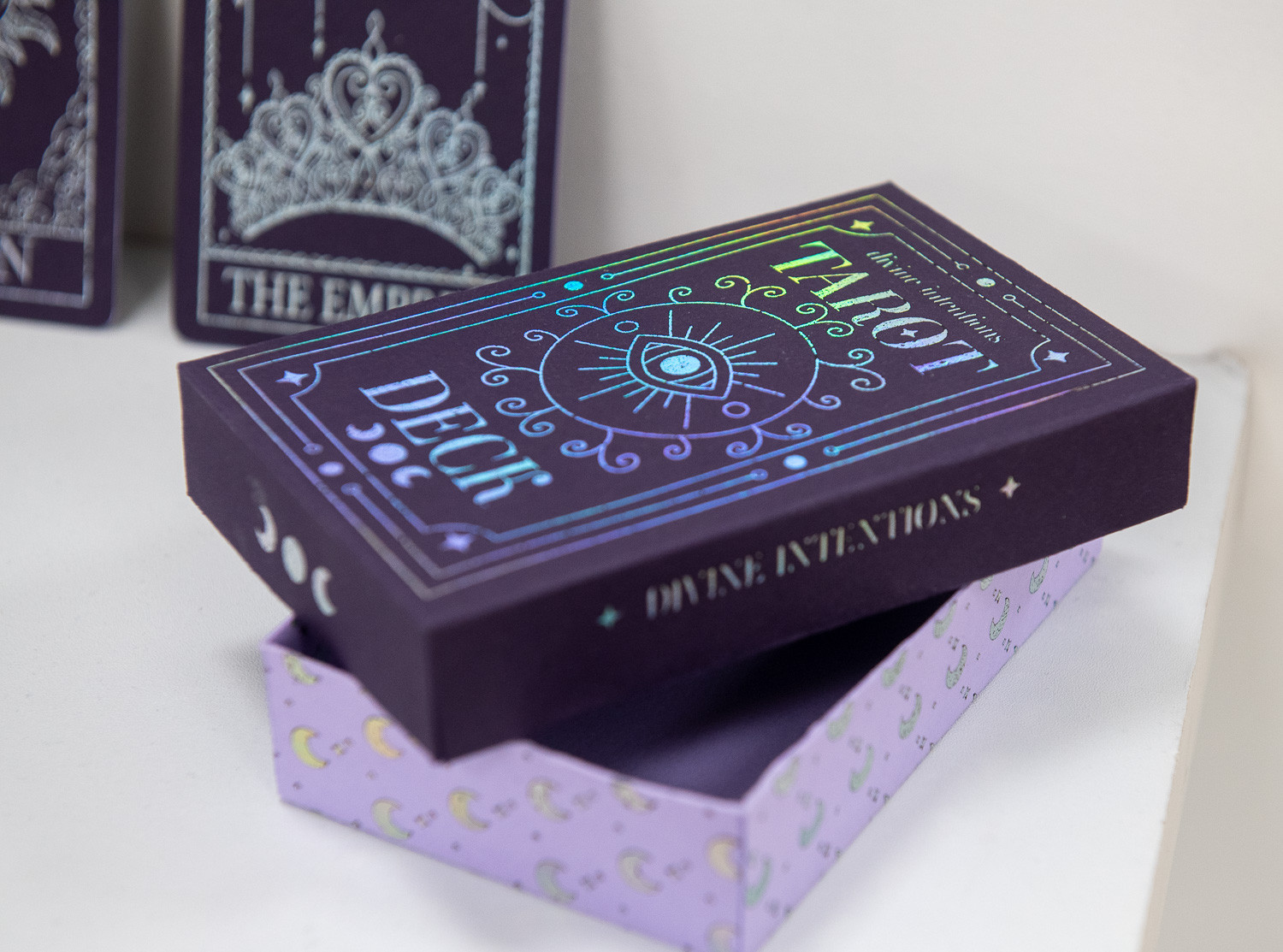 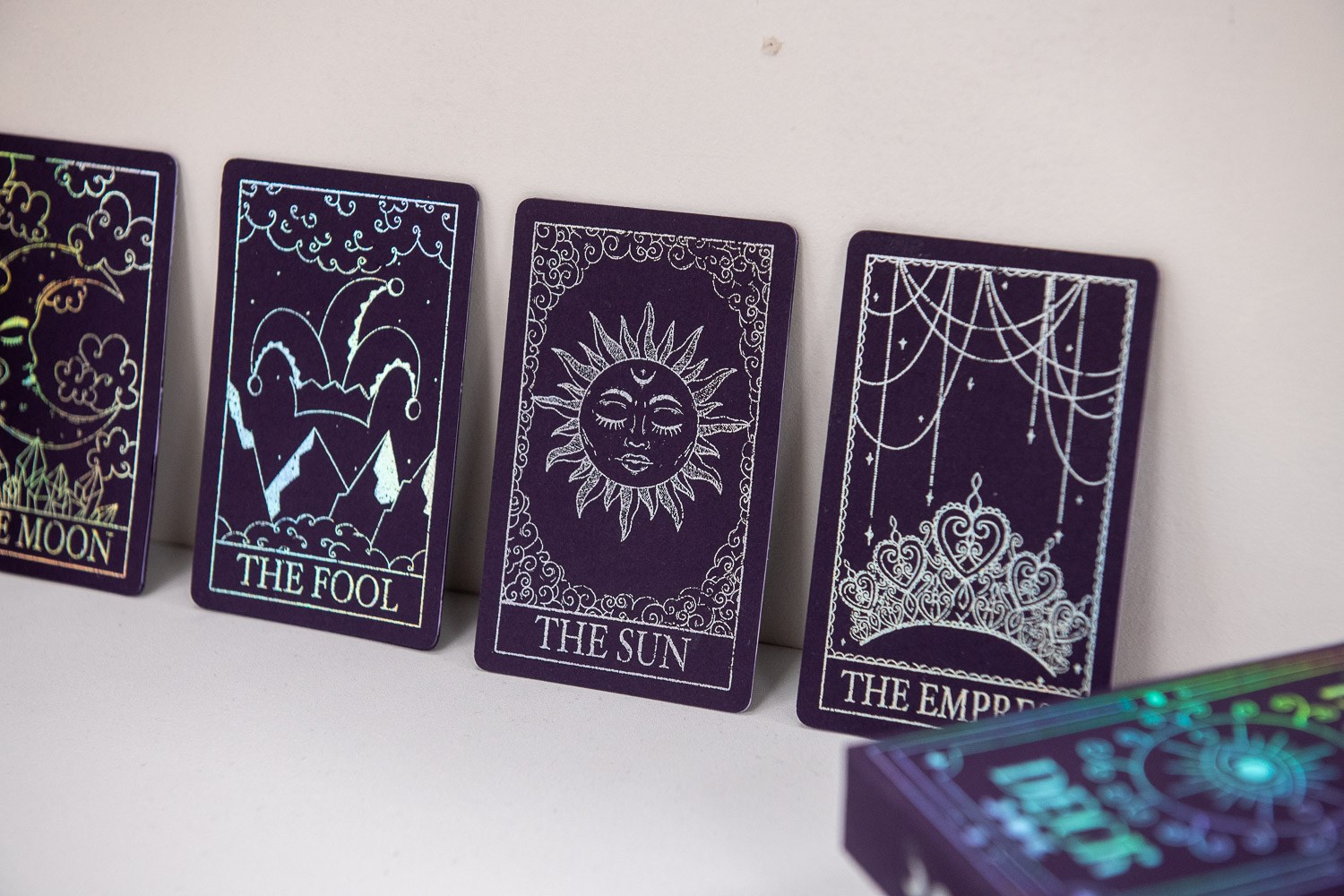 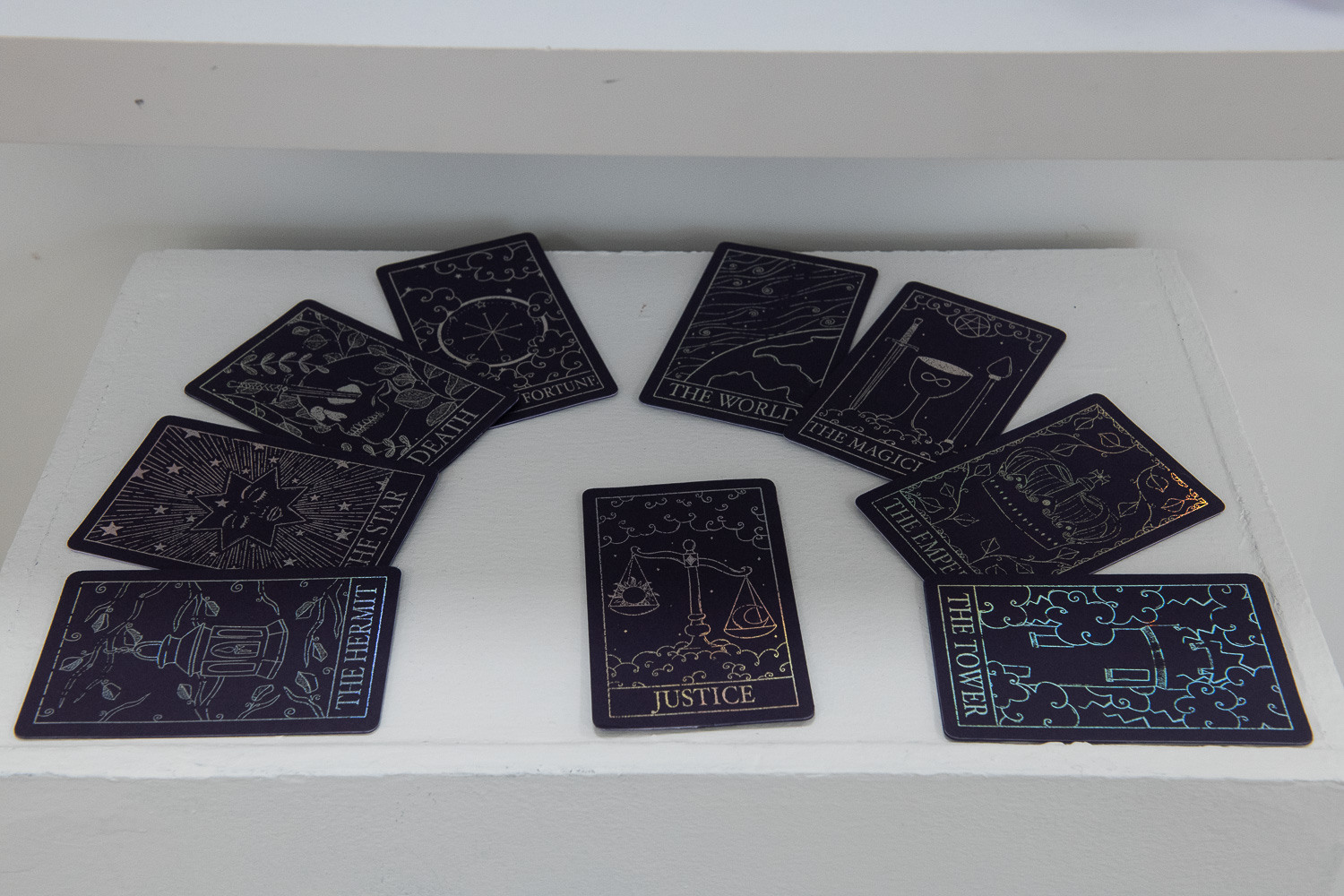 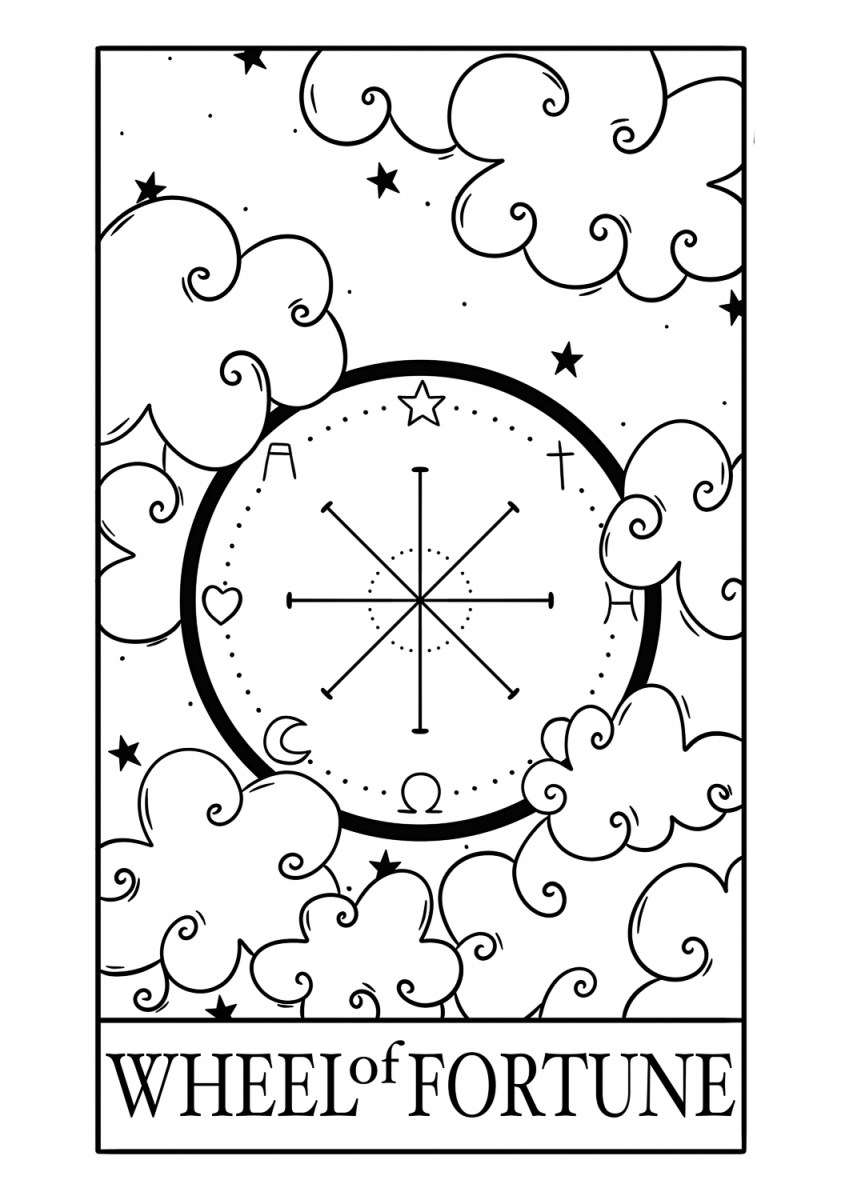 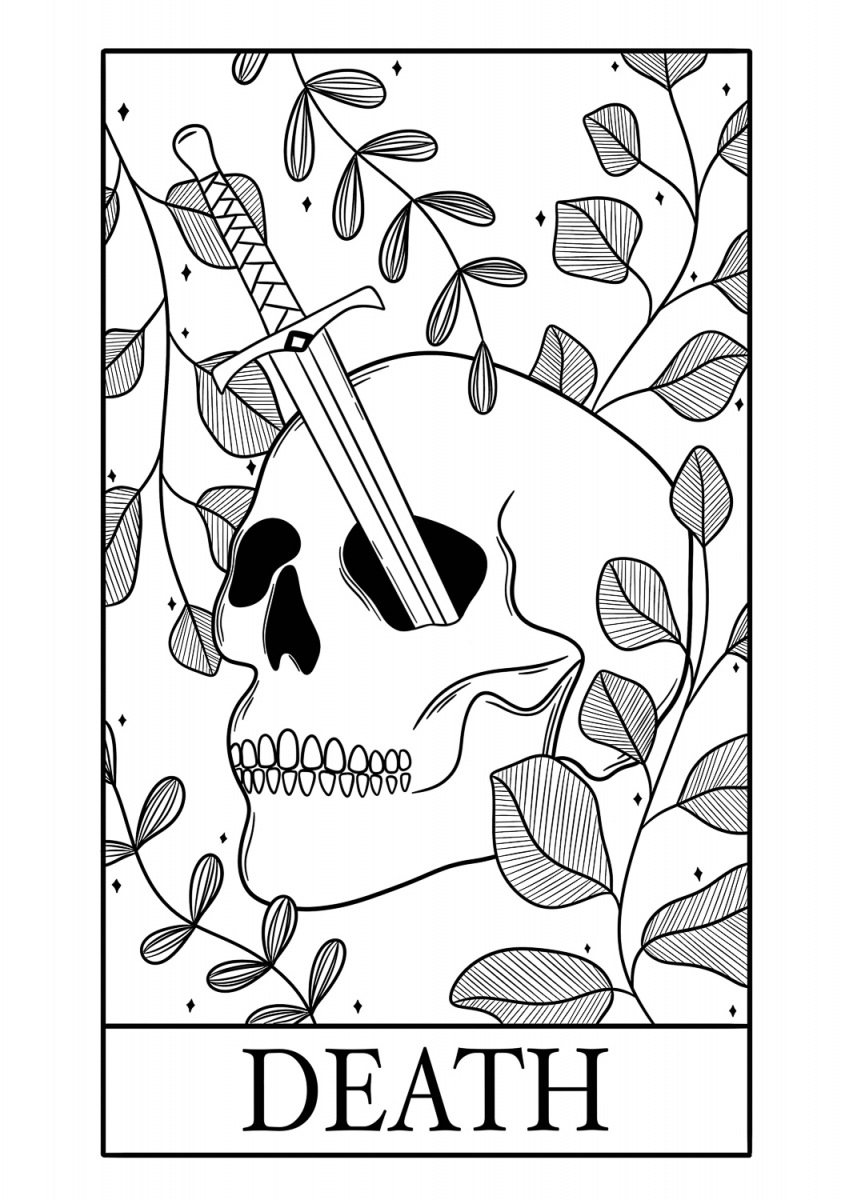