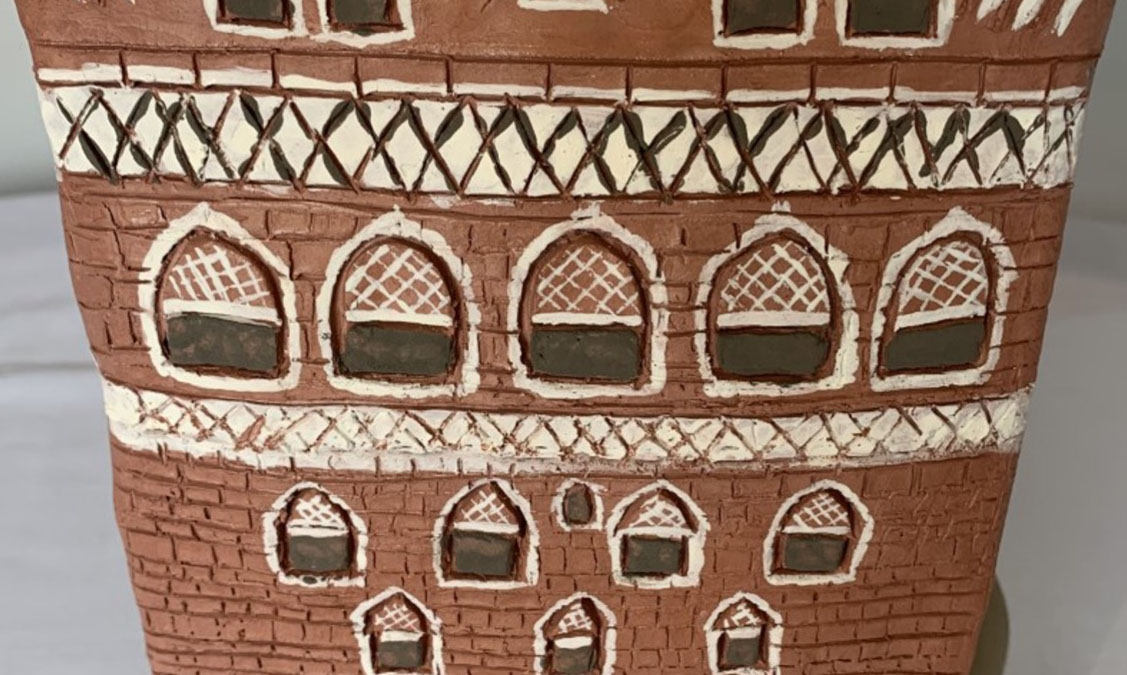 Due to the ongoing war in Yemen, heritage and historical buildings and sites became under risk of demolition. My passion and concern of culture and history of Yemen leads me to create art works to raise awareness of the beauty of this country and its culture. My pieces of art represent the history of Yemen, particularity the unique buildings. I represent my work art in two different ways, Sculpture which represent one of the historic buildings in Yemen called Dar Al-Hajar or Rock Palace in English, a building which used to be a Royal palace in the 18th Century. and Graphic Design ; 3 posters which communicate subjects such as the history, architecture and tourism in Yemen.

As an Arabian woman born and raised in one of the oldest countries in the world; Yemen and then in Europe, this has allowed me to discuss the differences in architecture and culture in both countries. I always been influenced by the Art movement Cubism. The Rock palace has fulfilled my passion to apply this type of art by making a sculpture of this building, however I have also been influenced by David Carson which has inspired the posters.

Since day one in my art and design foundation year, I fell in love with sculpture. Clay is my favourite material and it reminds me of the way that old buildings in Yemen were built, therefore, I decided to use clay as first material for my sculpture. The main body was built using cardboard and clay. In my digital art, I used the Photoshop software to create the posters which illustrate the beauty of Yemen for tourism and history. 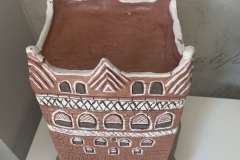 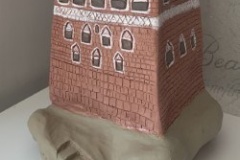 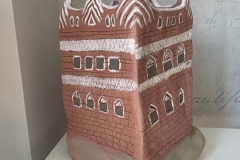 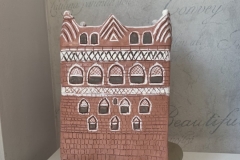 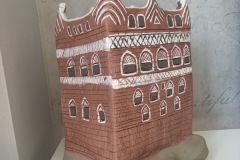 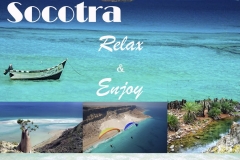 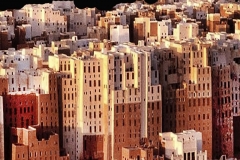 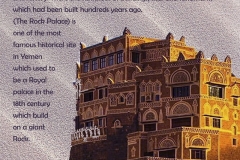