I am interested in popular contemporary culture, particularly fantasy films and video games, so I began to investigate how characters with the most frightening and ugly appearances were the villains. This led me to connect how society has beauty standards and how those characters don’t fit into it. I found that society has an influence on how people perceive others and the feelings towards them created through their appearance.

I explored this by creating a series of photographs, one of which is highly edited to look airbrushed, another is the natural model, and the final image is edited to create a look deemed ugly by current beauty standards. I was influenced by the photographer Rankin and how he portrays his models as characters. I edited my images using various tools within Photoshop, mainly the liquefy and spot healing tools.

Within special effects I was inspired by video games and films such as Warcraft (2004) as well as makeup artists Michael Asquith, Christopher Nelson, and the company Amalgamated Dynamics Inc. These makeup artists created Orc characters for films and TV shows, they all had different designs that I took inspiration from.

I created a clay maquette of an orc, a creature seen as an aggressive villain. I used soft sculpting polymer clay for the majority of the maquette and Milliput, an epoxy putty, for the teeth, eyes and the core. This allowed me to bake my maquette and then finish it using acrylic paints. Alongside this I created a clay mood board of my creature’s skin texture, as I couldn’t produce this on the small scale maquette. For this I used oil based NSP clay, allowing the clay to stay soft. 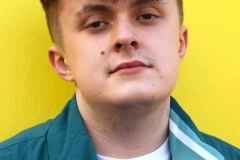 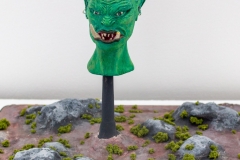 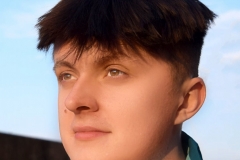 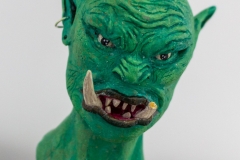 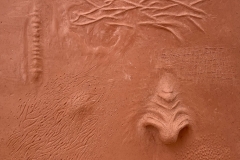 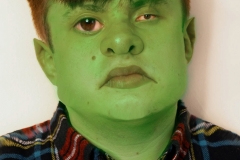