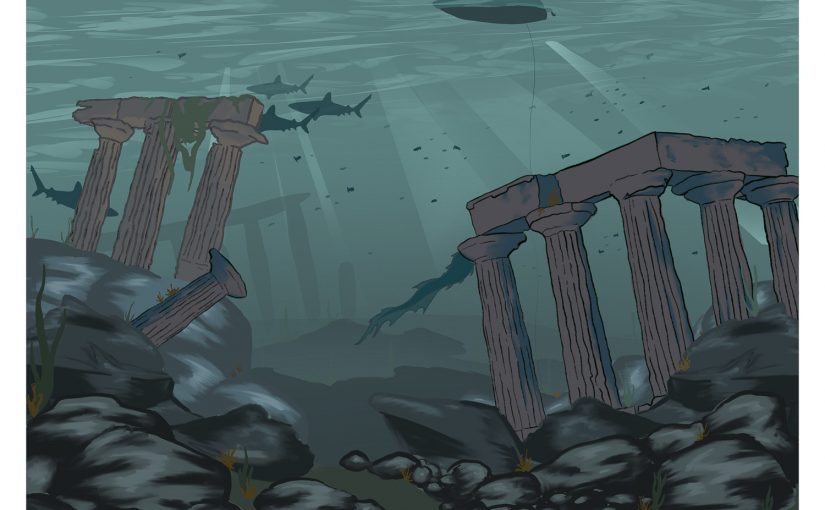 My project is called the Vulcan. My motivation for the project comes from my personal love of mythology and research into historical context of sirens and their hypnotic singing that would lure sailors towards them and to a watery demise. Sirens are first mentioned in Greek mythology as far back as 340 BC, but during the 8th century they were portrayed as half-birds and by the 14th century they had transformed into half-fish. The image of the Vulcan as a bird of prey resonated with the idea of the siren as predator, enticing the sailors to the treacherous rocks, enabling my conceptual intentions to come full circle.

My aims were to produce digital paintings that would portray my siren’s location and surroundings;  sand, rocks, the bottom of the sailors’ boat floating above. I have also created a maquette of my mythical siren sculpted in clay to depict the story of my creature, the Vulcan. I selected a blended colour palette that would reflect the mysterious depths of the sea – blues, greens, purples and black.From various films, artists and historical research I was able to come up with my own interpretation of a siren, as well as its accurate location. My work has been heavily influenced by Del Toro’s illustrations, particularly the gothic characters in his film Pan’s Labyrinth (2006). I chose del Toro because I believe we share a similar style of illustrating, using quickly drawn characters in ink and monotone colours.Combining my SFX and Illustration skills and techniques I created my maquette and digital illustrations using sculpting, clay work, digital drawings developed using ProCreate software. The final sculpted siren is presented on a plinth and the digital illustrations printed in full colour on A2 poster paper.  I recorded all stages of research and development in my Sketchbook. 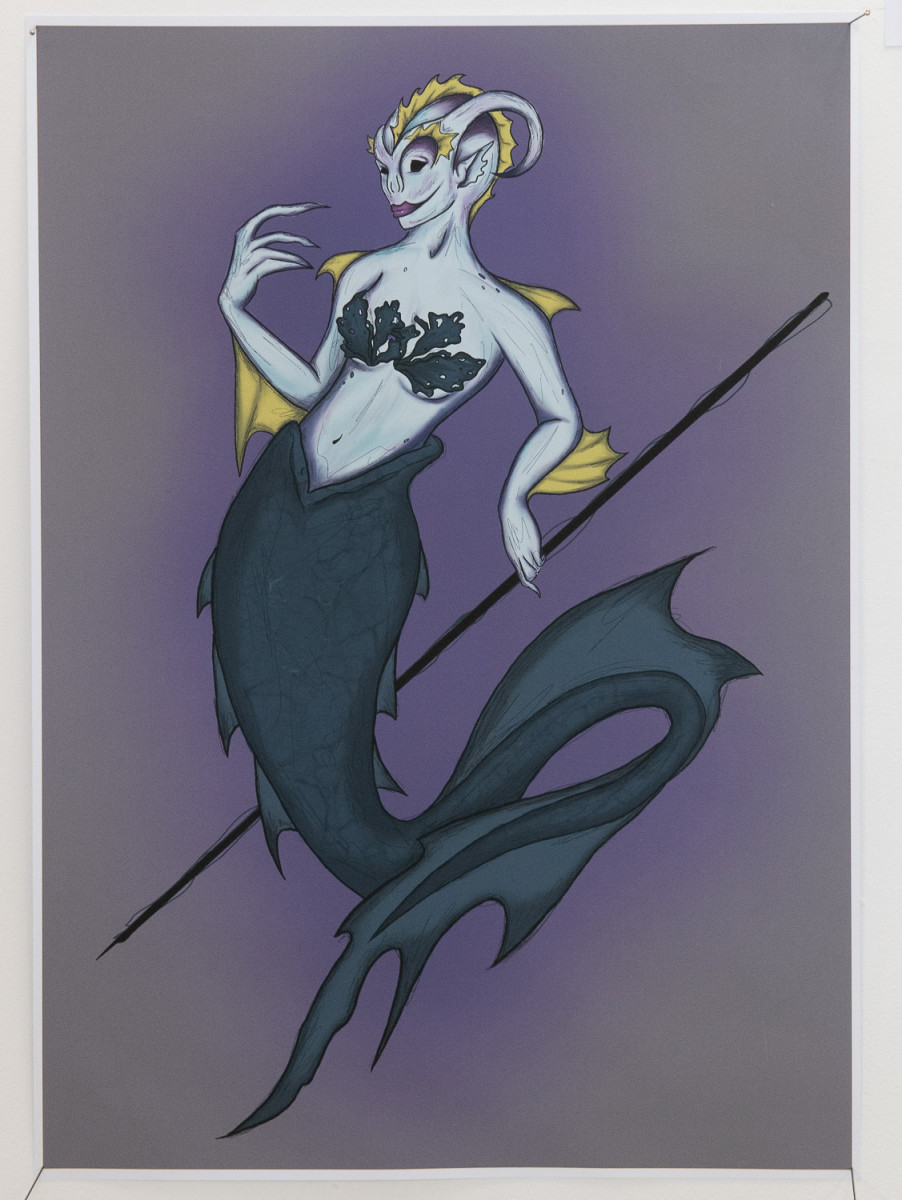 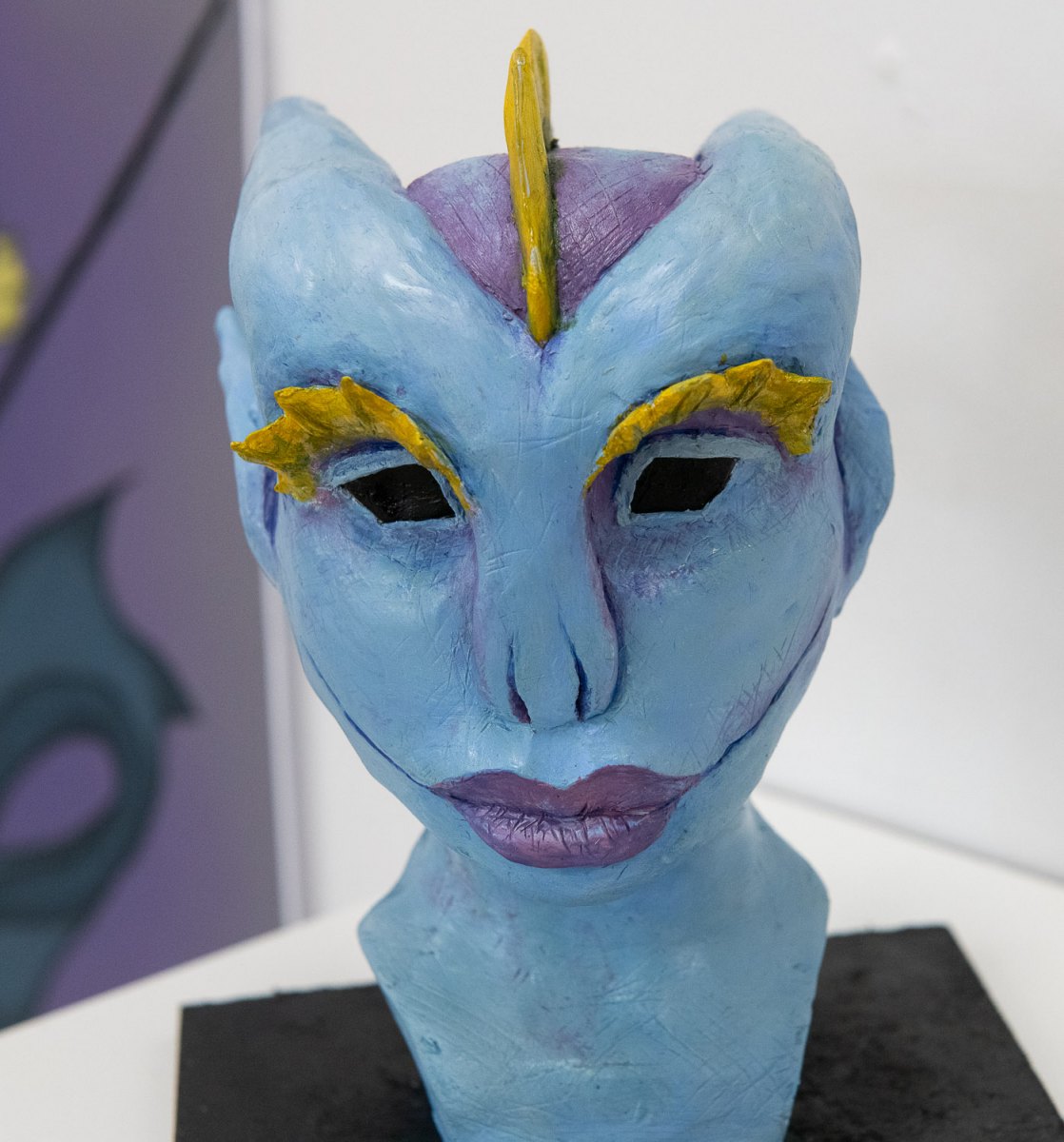 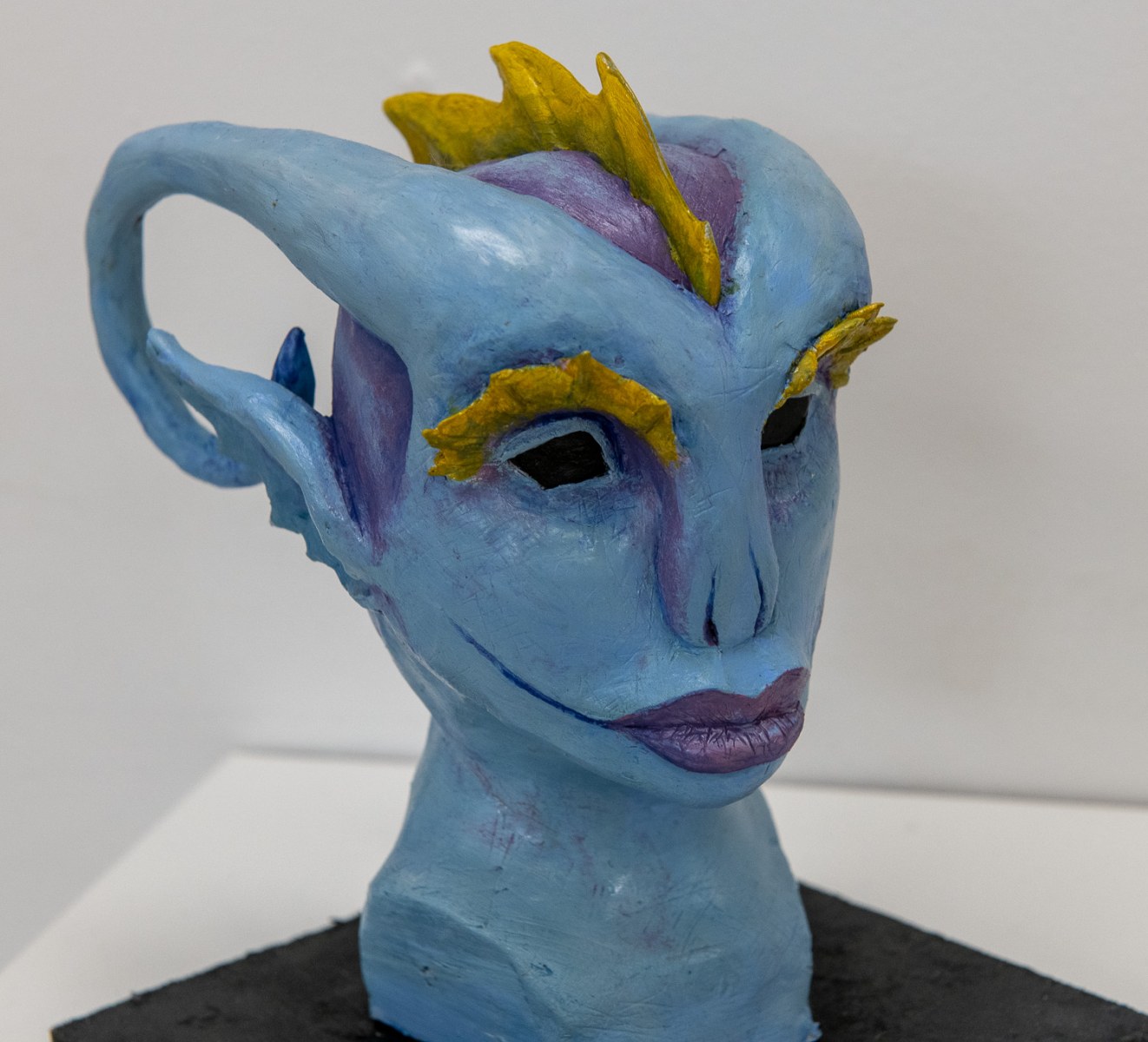 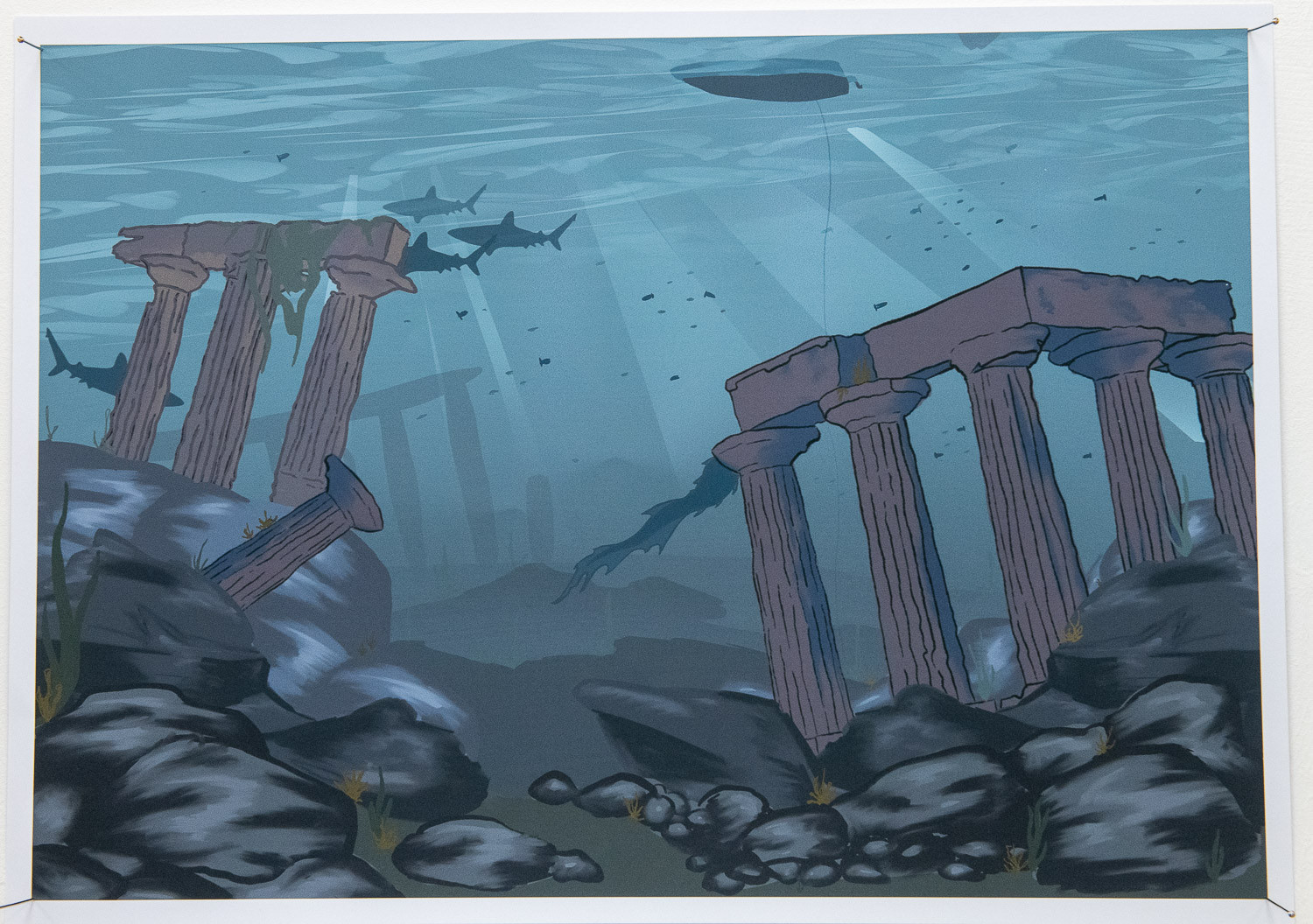 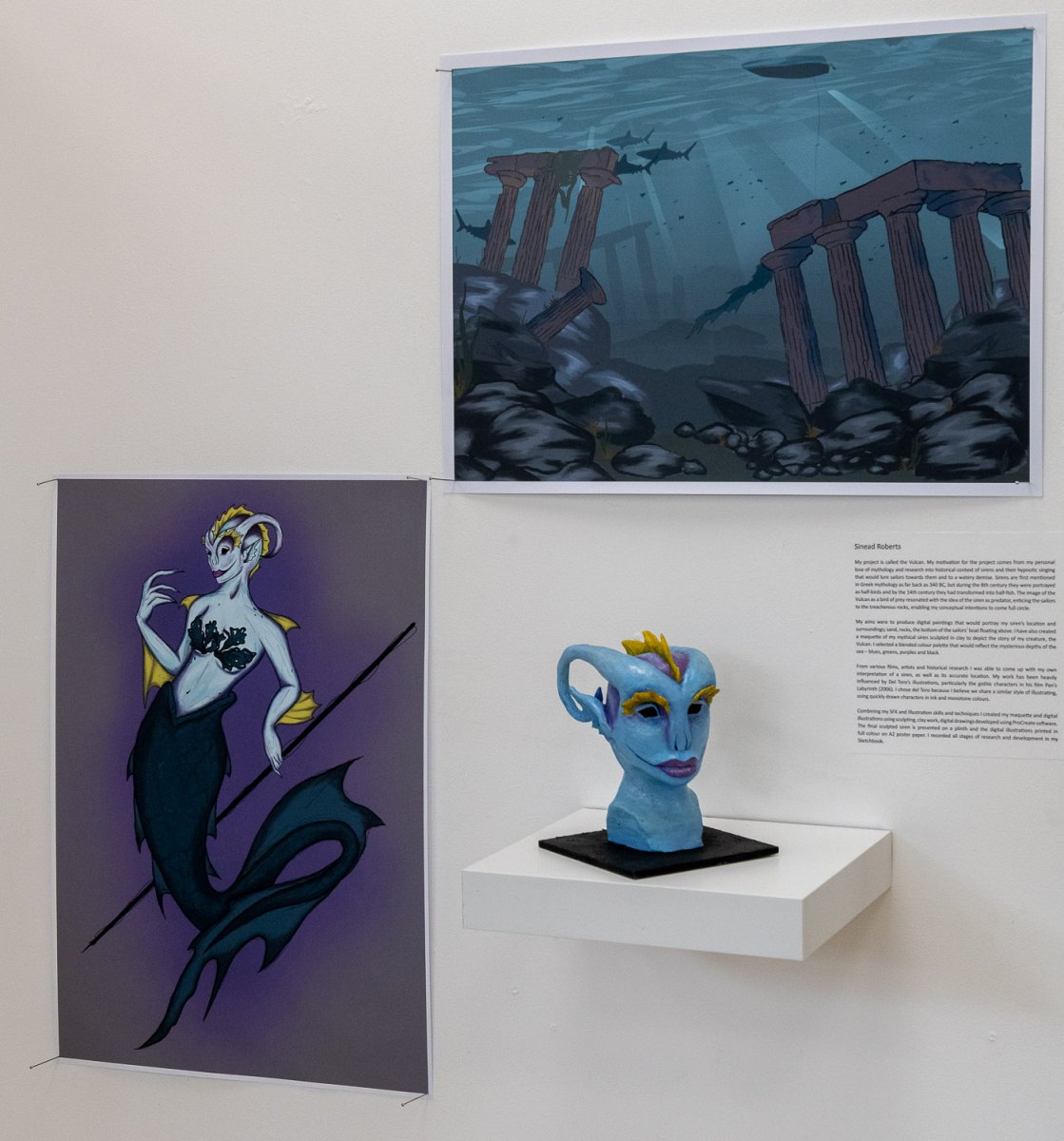 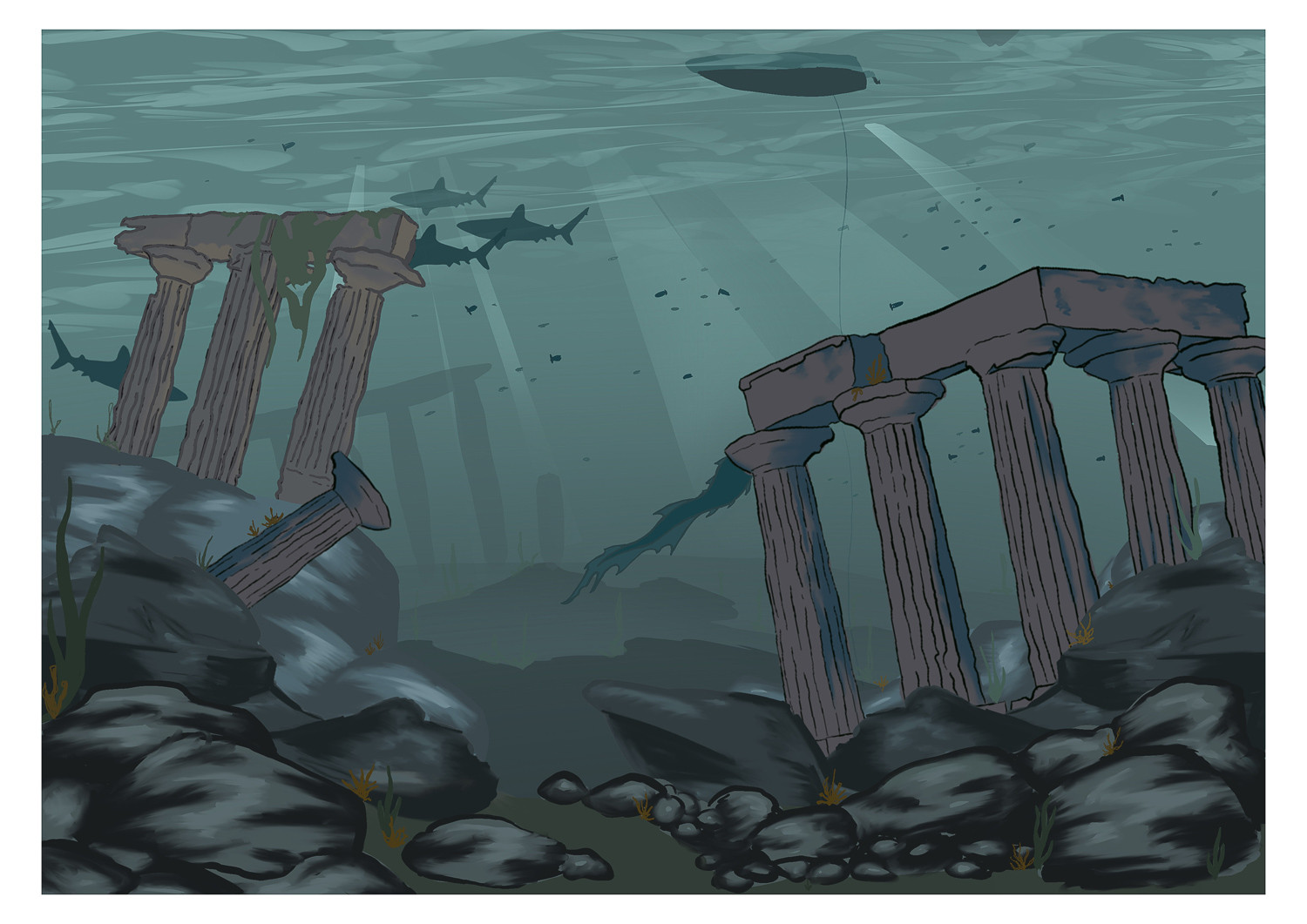 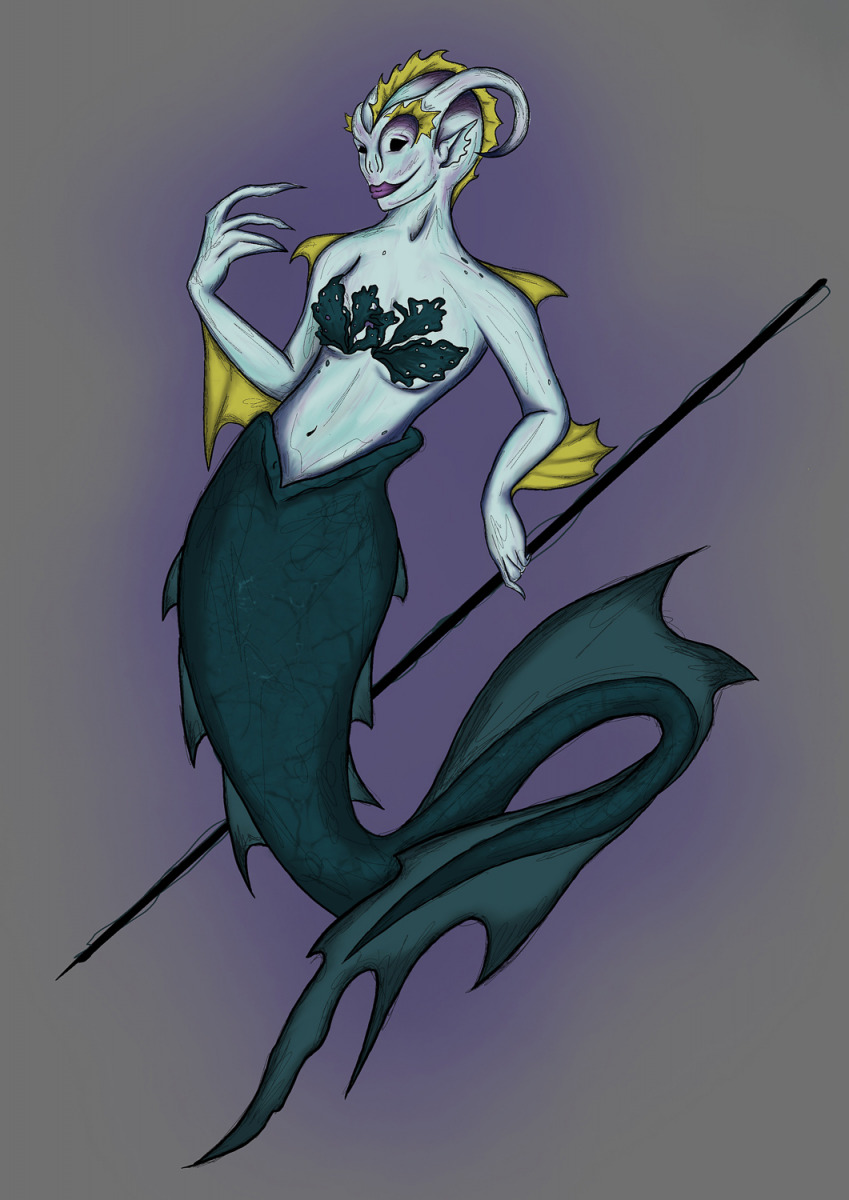