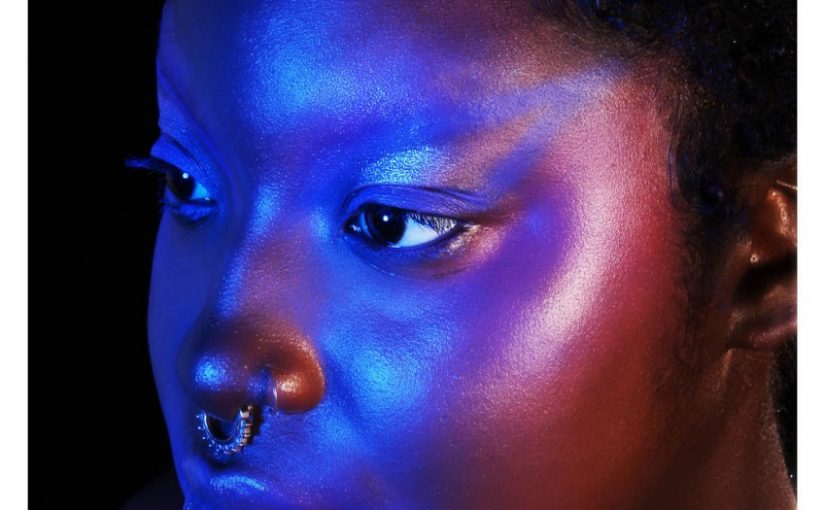 The work is inspired by a fascination with humanoid extraterrestrials, particularly the film, The Man who Fell to Earth (1976). I have produced an alien creature using soft sculpting clay, baked and painted with acrylic paint and milliput.​

The design for the androgynous alien has been inspired by make up effect artists; Nick Dudman and Stuart Freeborn. I have included animalistic features around the nasal area to add interest and a point of difference. The head shape is stereotypical of the Grey aliens, also referred to as Zeta Reticulans, Roswell Greys, or Grays.​

The narrative of the photographs has been inspired by John Rankin, in particular his portraits of David Bowie. ​I have used a studio for the photography shoot, using gel lighting and special make up effects. The photographs have been shot with black backgrounds and colours to incite a galaxy atmosphere. Light without a gel from behind has resulted in the subject having light shining on the head and shoulders to mimic the solar system.​ 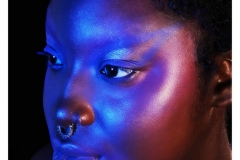 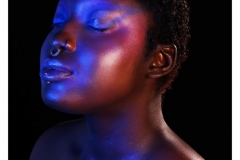 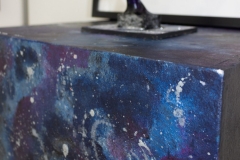 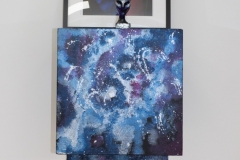 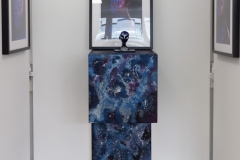 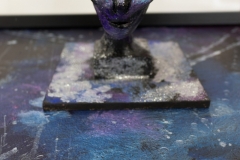 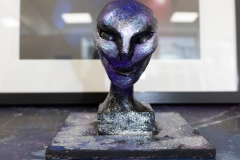 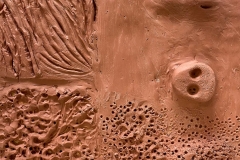