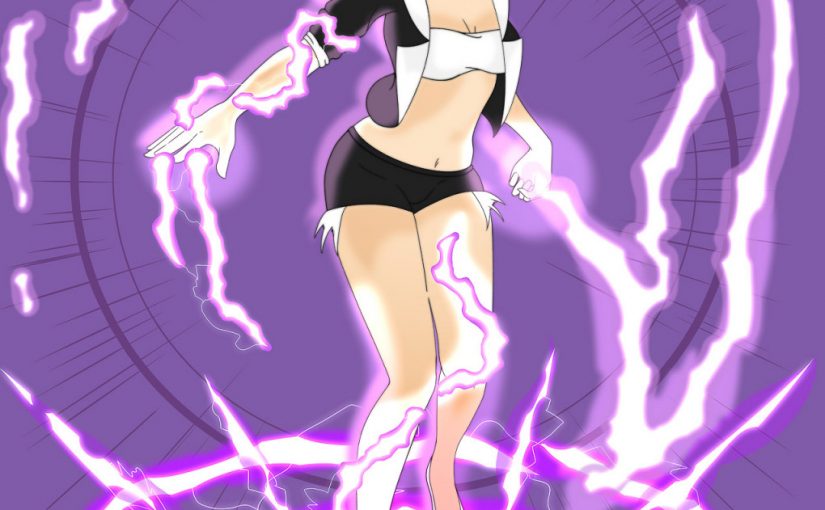 The overall theme of this entire endeavour is magic and animated characters. I have always been a fond of Japanese media and how they depict magic or elements through movement and how those abilities are linked to their design aspect and overall personality.

My roots as an artist came from my love for drawing especially in the style of Anime/Manga, from tracing to creating my own unique style and approach to it.

I have created two characters, the female with magical powers of lightening and the male with powers of fire generated from the tattoo on his arm.  I designed the illustrations by the help of 3D models using the Easypose software to manipulate the pose and use Medibang paint to color and draw on top of it, composition and style and printed them on glossy paper to make the colours and effects pop!

The second element of the work incorporates the characters in special containers using Graphic Design techniques in Medibang software and Adobe Illustrator so they can be transformed into merchandisable key charms.

Lastly, I developed a narrative for the characters by creating two short, animated films at ten frames per second, using Flipaclip software, inspired by the animated series Castlevania (2017) and how the magic was animated using a range of special effects. Through this I intended to develop my creative skills in animation to extend the scope even thou it may not be close to a Netflix animated production I am quite satisfied on how they turned out to be. 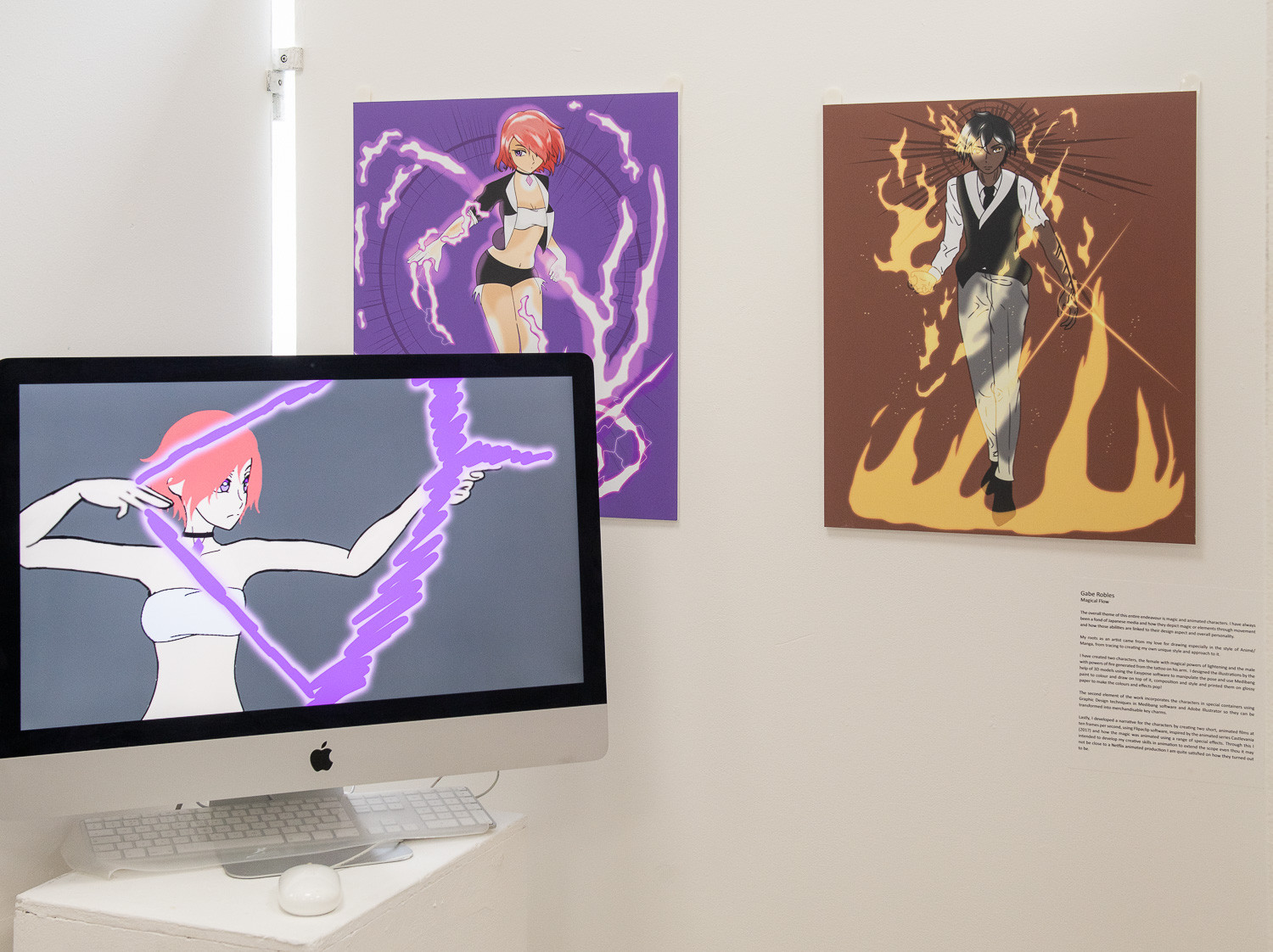 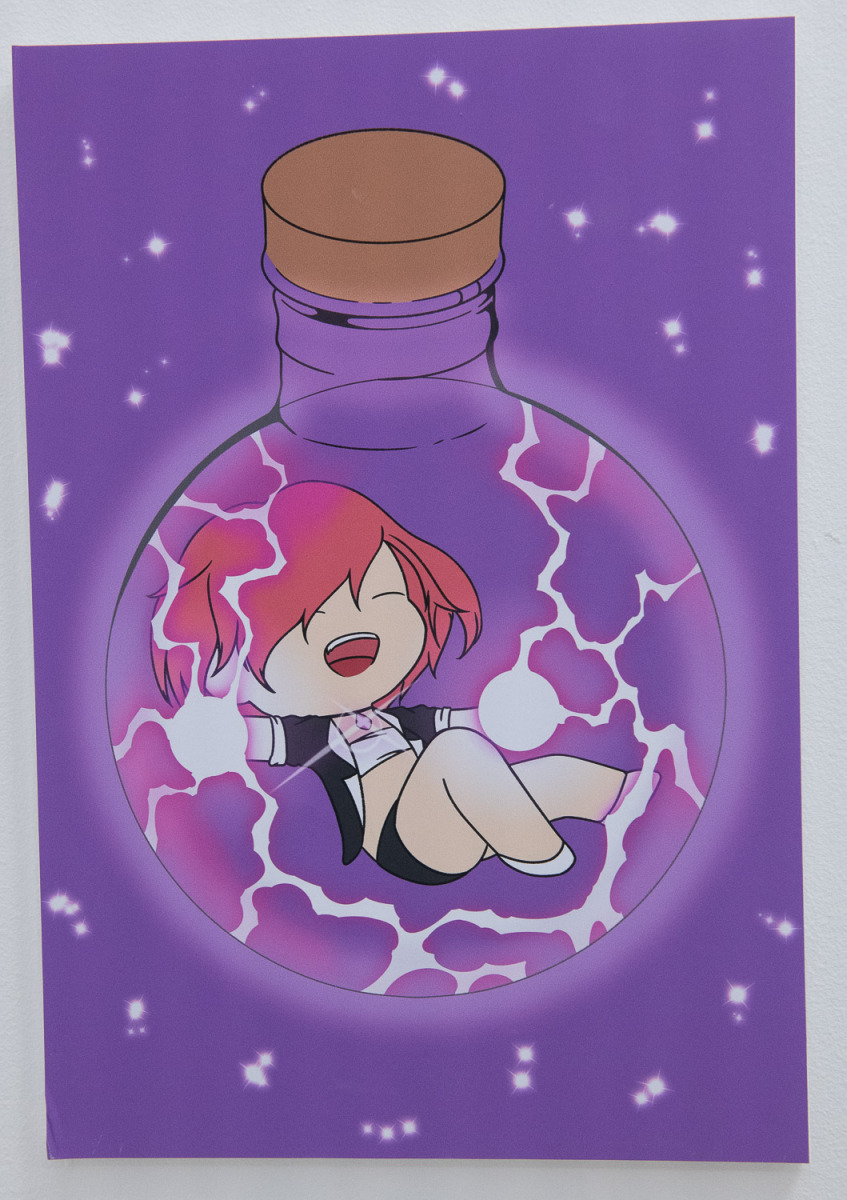 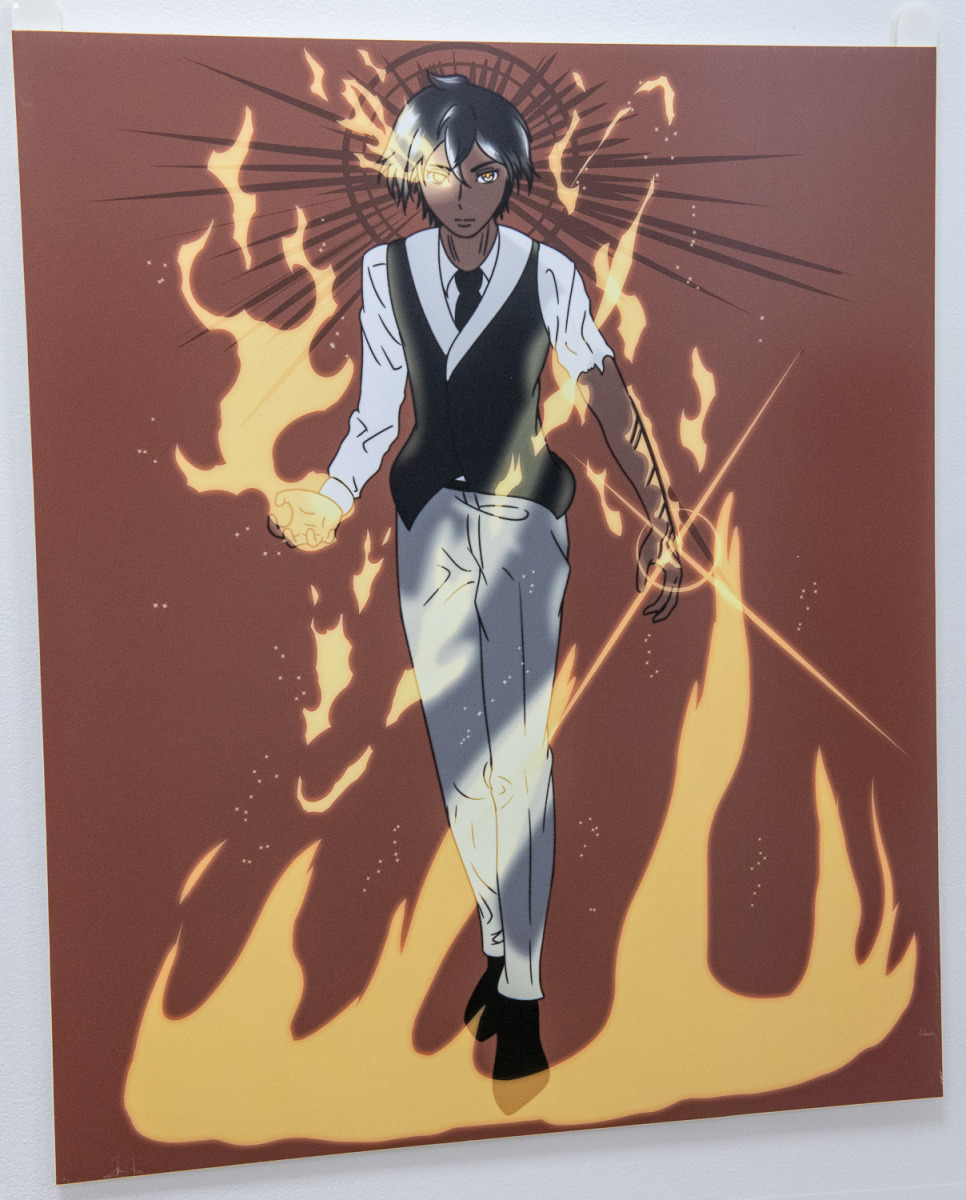