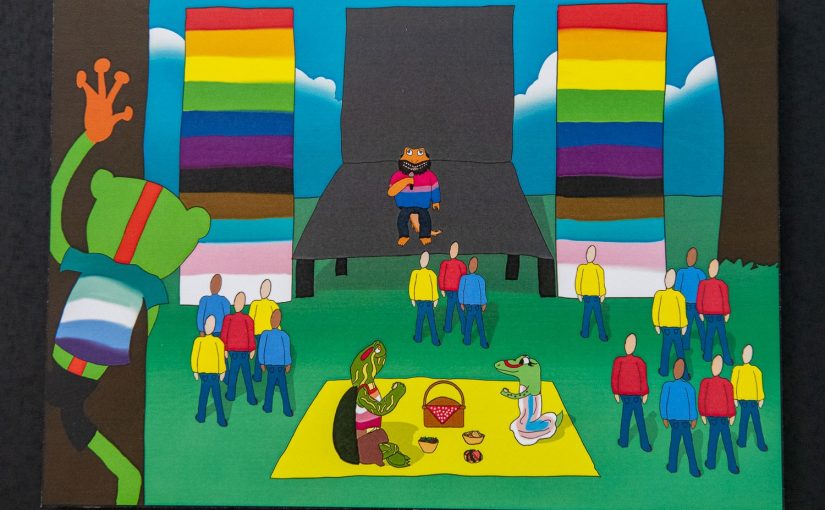 My concept for this project was to design 4 characters each based on one of the first 4 letters of LGBTQ+ and incorporate them into individual character profile sheets and a poster depicting the four of them together. An appealing artstyle and character designs, in addition to well thought out colour schemes, are the things that I consider most essential when producing my artwork. For this project, I have produced 4 Character Profile Sheets containing details about characters that I have designed and their personalities, in addition to a poster depicting all 4 characters at an LGBTQ+ Pride event. The title for my final poster is “Pride”

I have a passion for character design and animals, which has had an influence on my work for this project. My primary influences for this subject are my all-time favourite artist, Rebecca Sugar, as her artwork and creations are what inspired me to become an artist in the first place and still inspires all of my artwork to this day, in addition to the 2008 Dreamworks film, “Kung Fu Panda”, the manner in which the designers anthropomorphised the animals the film’s characters based significantly influencing my work on this project.

I have explored my chosen theme through the medium of character design, creating and designing my own original characters and incorporate them into profile sheets and a poster. 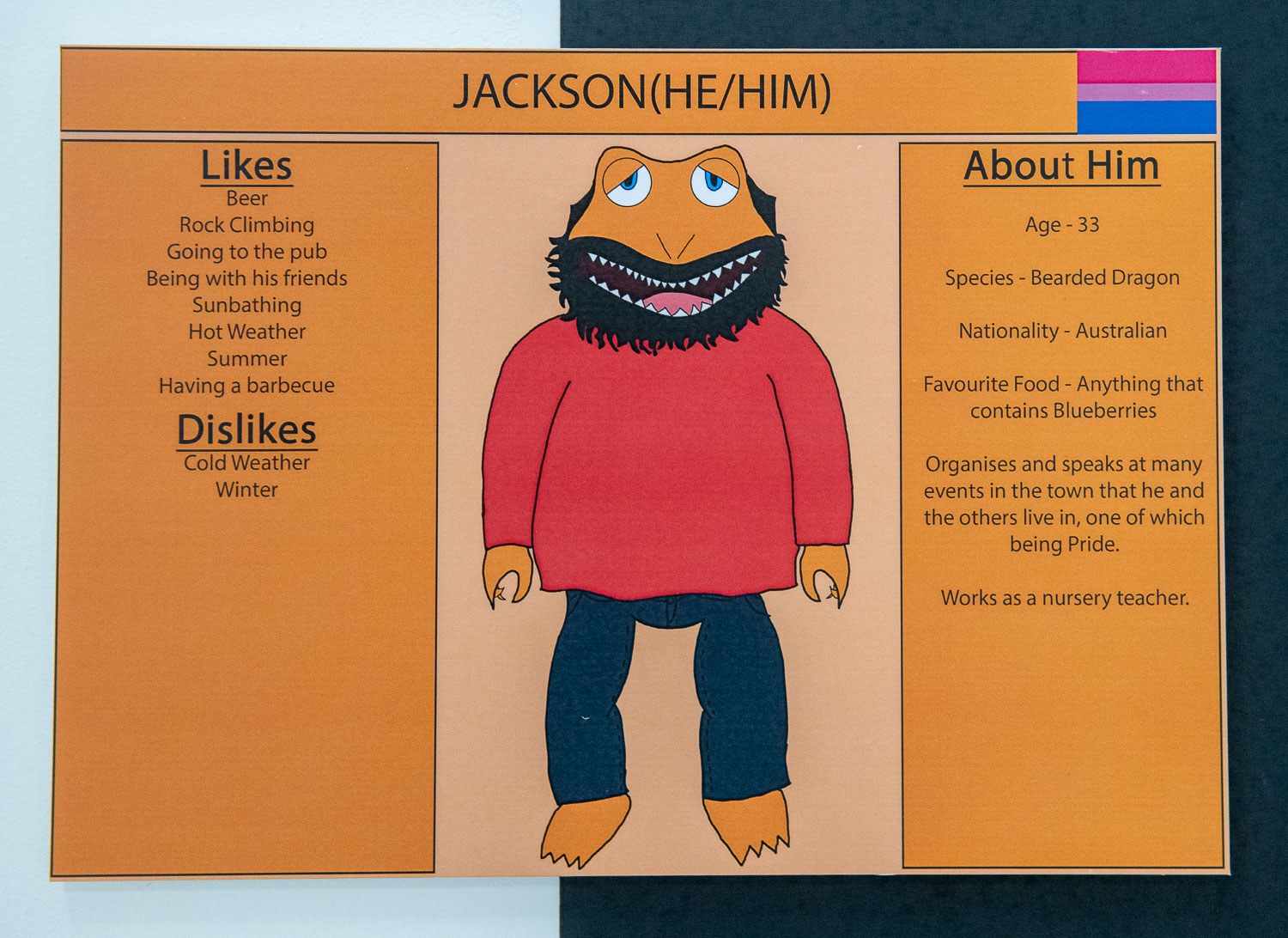 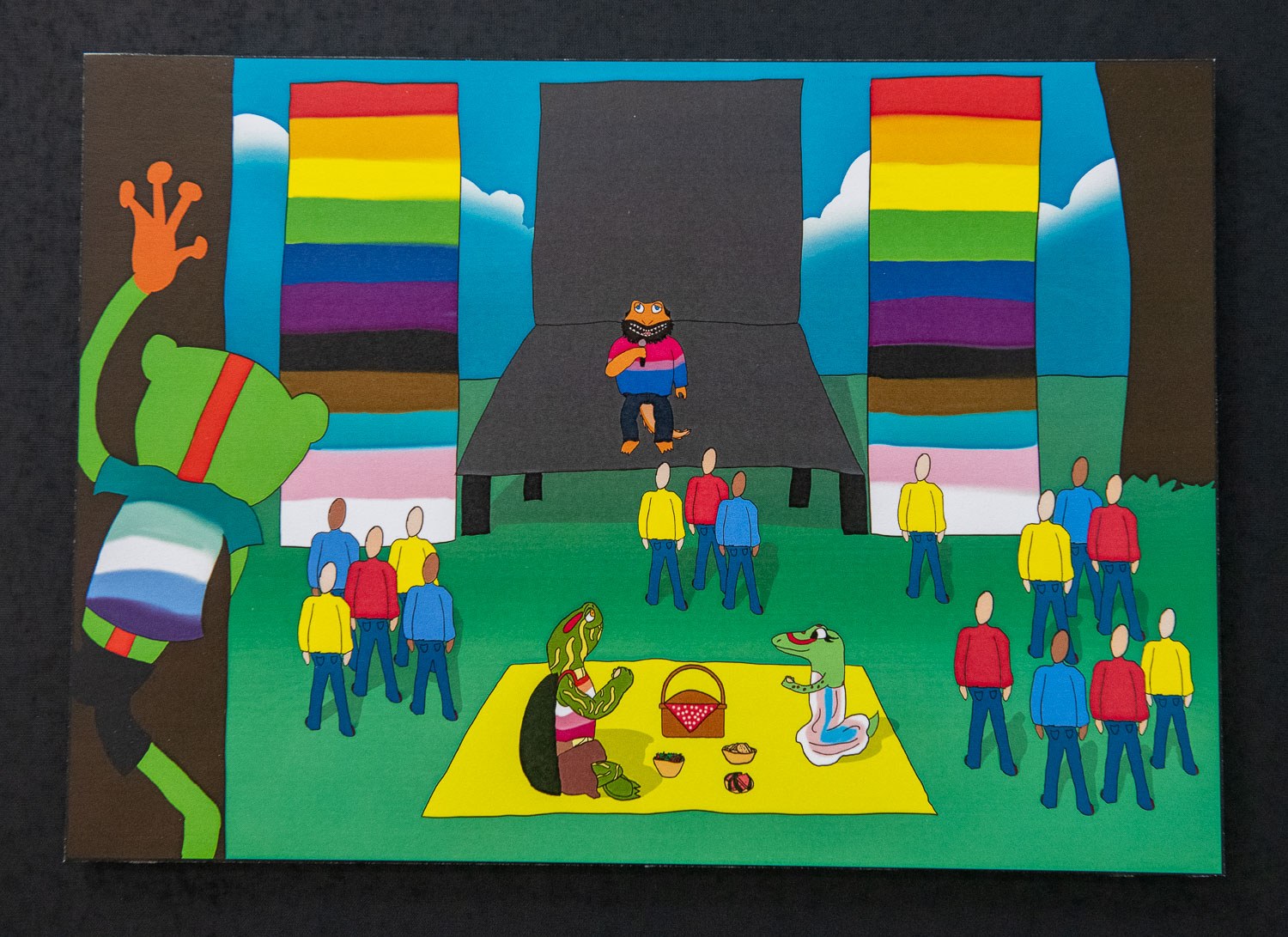 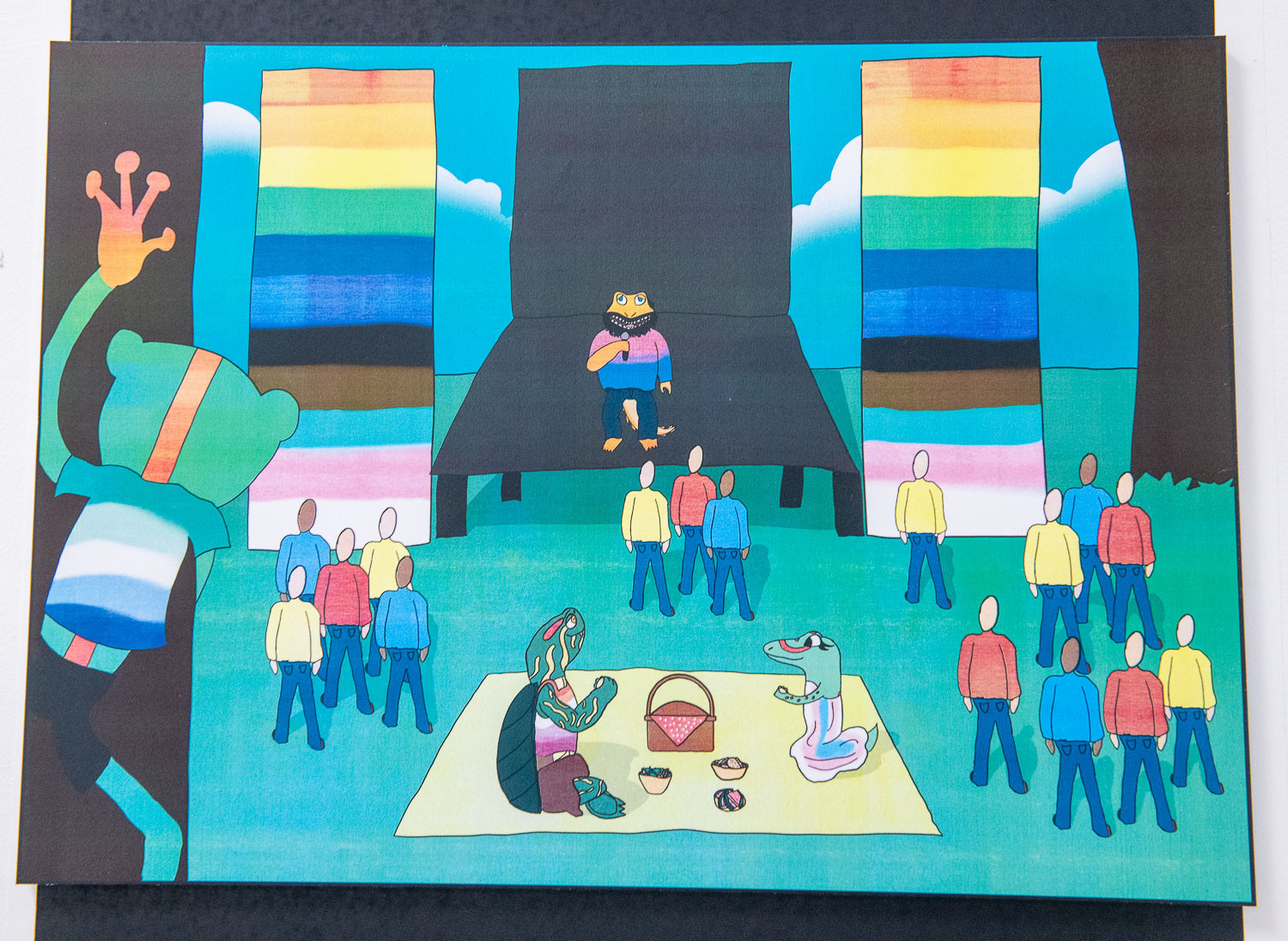 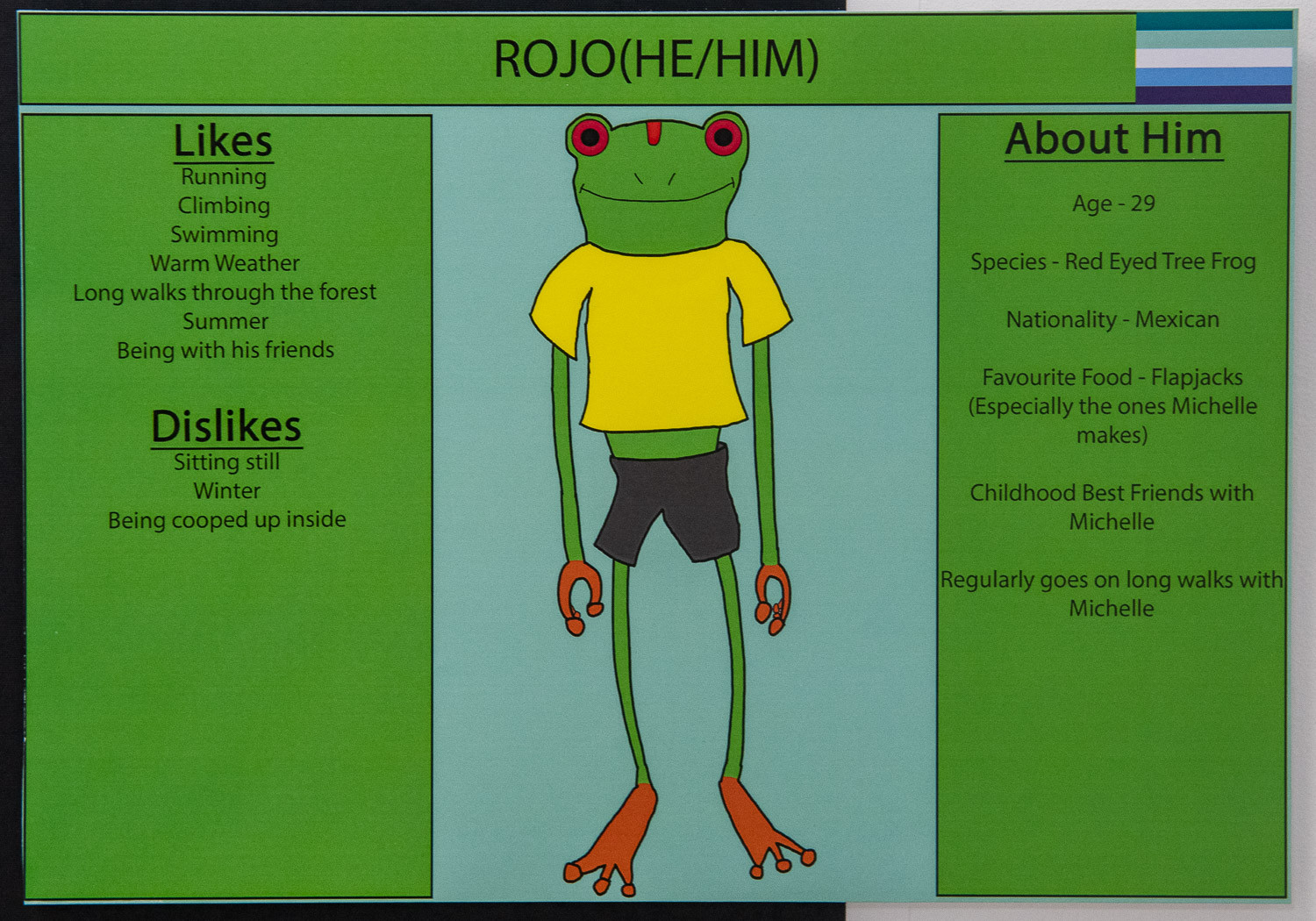 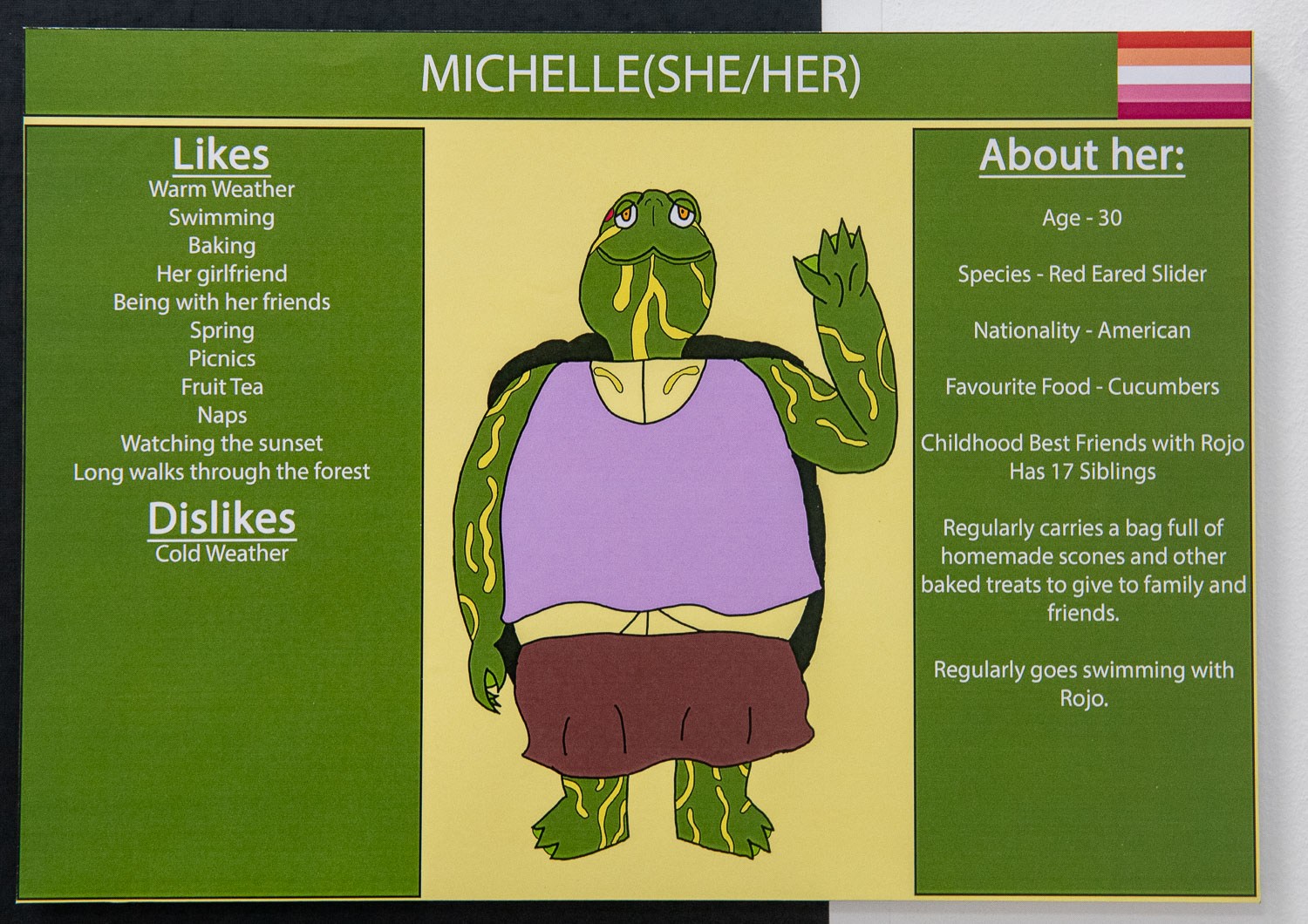 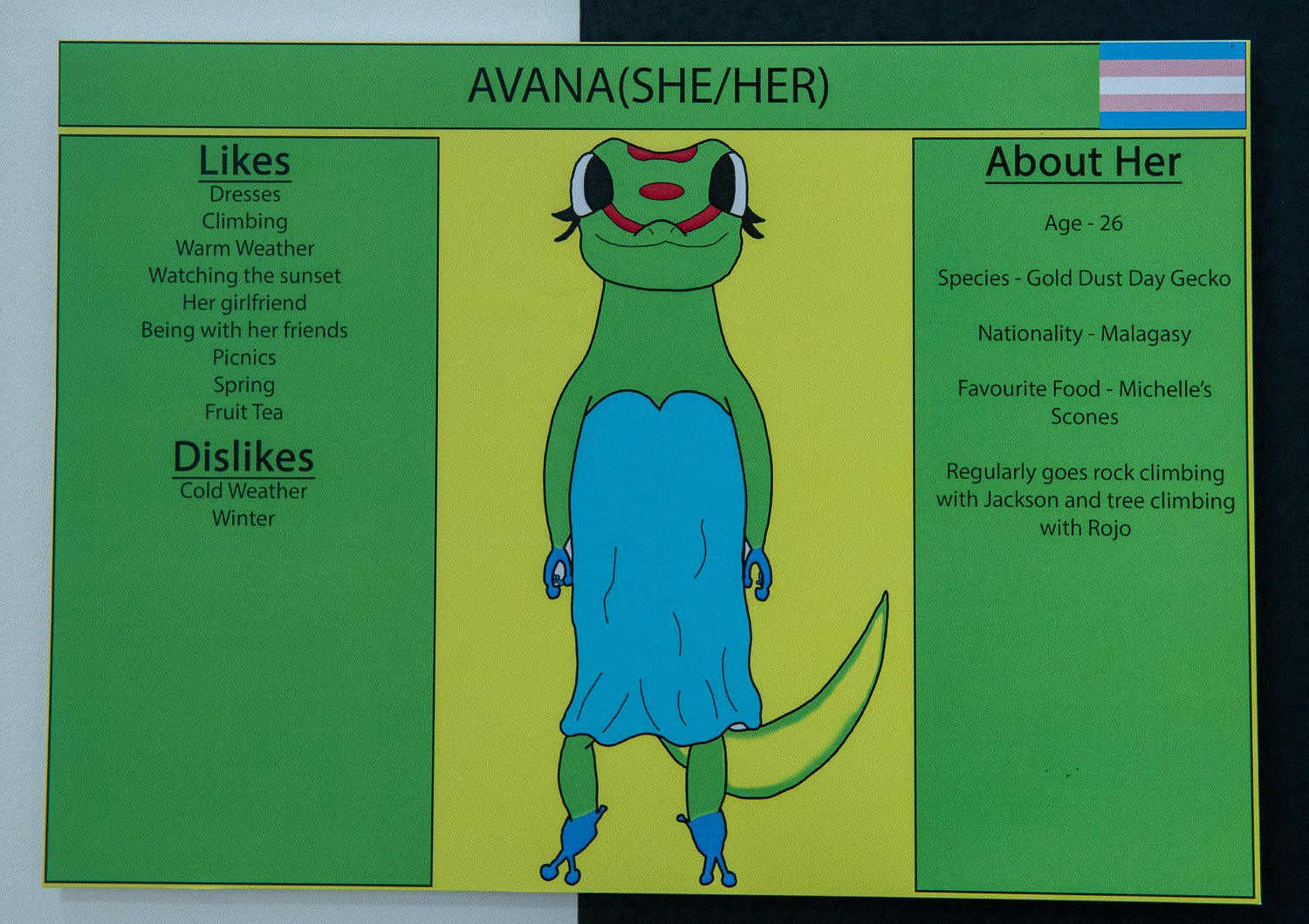 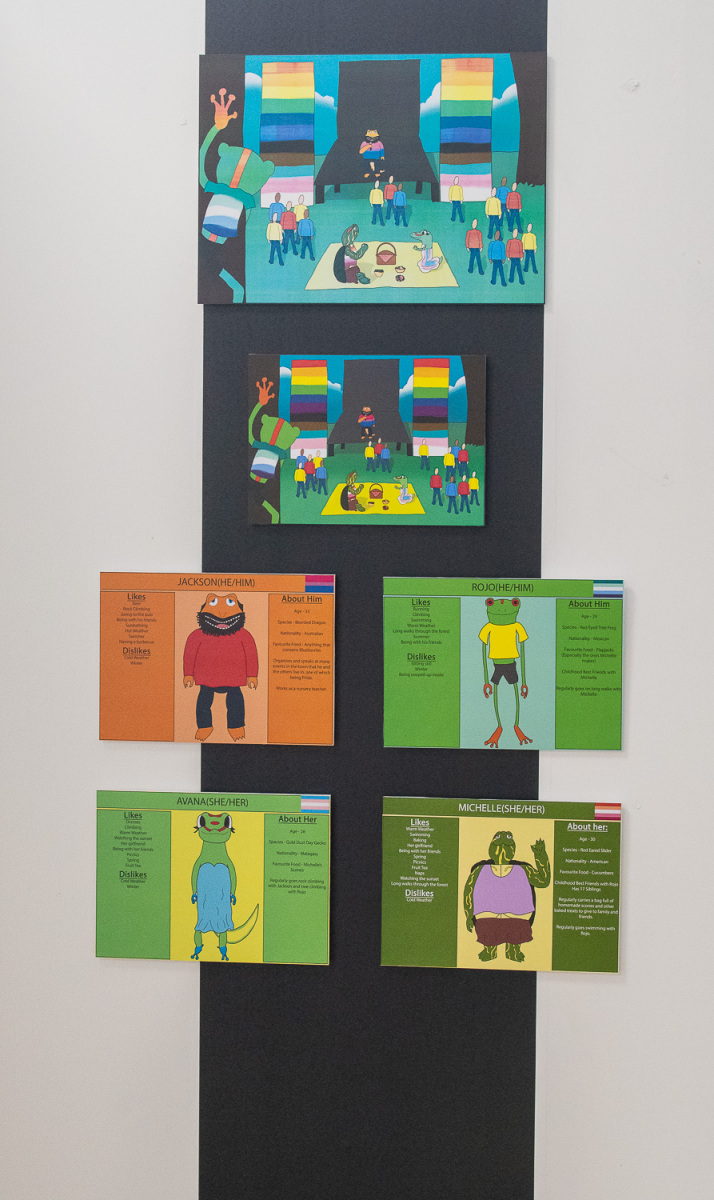