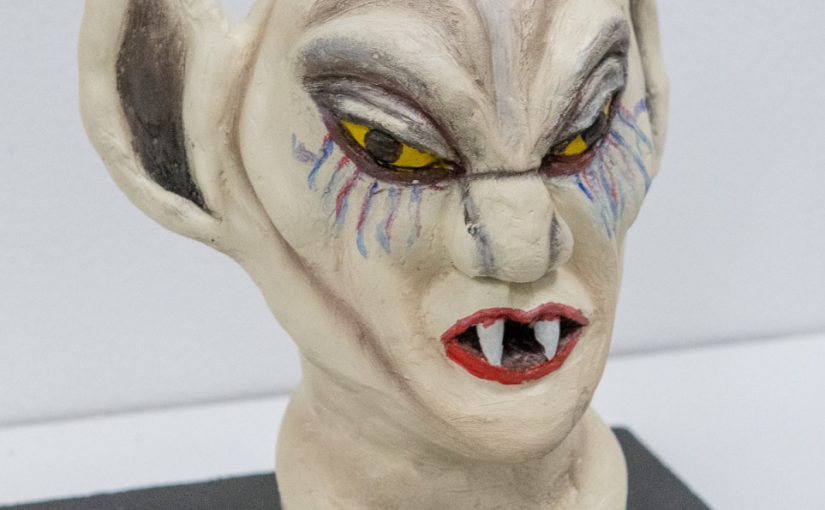 Mystery of The Vampire

Vampires and other mythological creatures have always fascinated me. Taking inspiration from my favorite television shows, Buffy the Vampire Slayer (1993-2003) and The Vampire Diaries (2009-2017), I responded to the theme of body, identity and character, by exploring the identity of a vampire, finding places it might live and clothing it might wear. I combined my specialisms SFX and Photography to create a vampire sculpted in clay and a series of framed photographs.

Inspired by the non-human like form of the vampire in Buffy the Vampire Slayer (1993-2003) I wanted to explore how its supernatural or mythological features could be represented in a clay sculpture. I also took inspiration from gargoyles and the links they have with vampires. Gargoyles are known to keep evil spirits away and vampires are considered demonic. To create my sculpture, I used cos clay to form the head and features and I used milliput for the teeth. Once the head was sculpted, I baked it in the oven for 1 hour and then painted it using acrylic paint.

In Photography a main influence was the American photographer Irving Penn who focuses on details of his subjects using simple backdrops, rather than the whole composition. I took photographs of places where the vampire might live and returning to the Vampire Diaries (2009-2017) for inspiration, I took photographs of different fashion items, accessories and jewelry it might wear. I used Adobe photoshop and in design to edit the images, printed them on satin paper and framed them to exhibit with the clay vampire sculpture presented on a plinth. 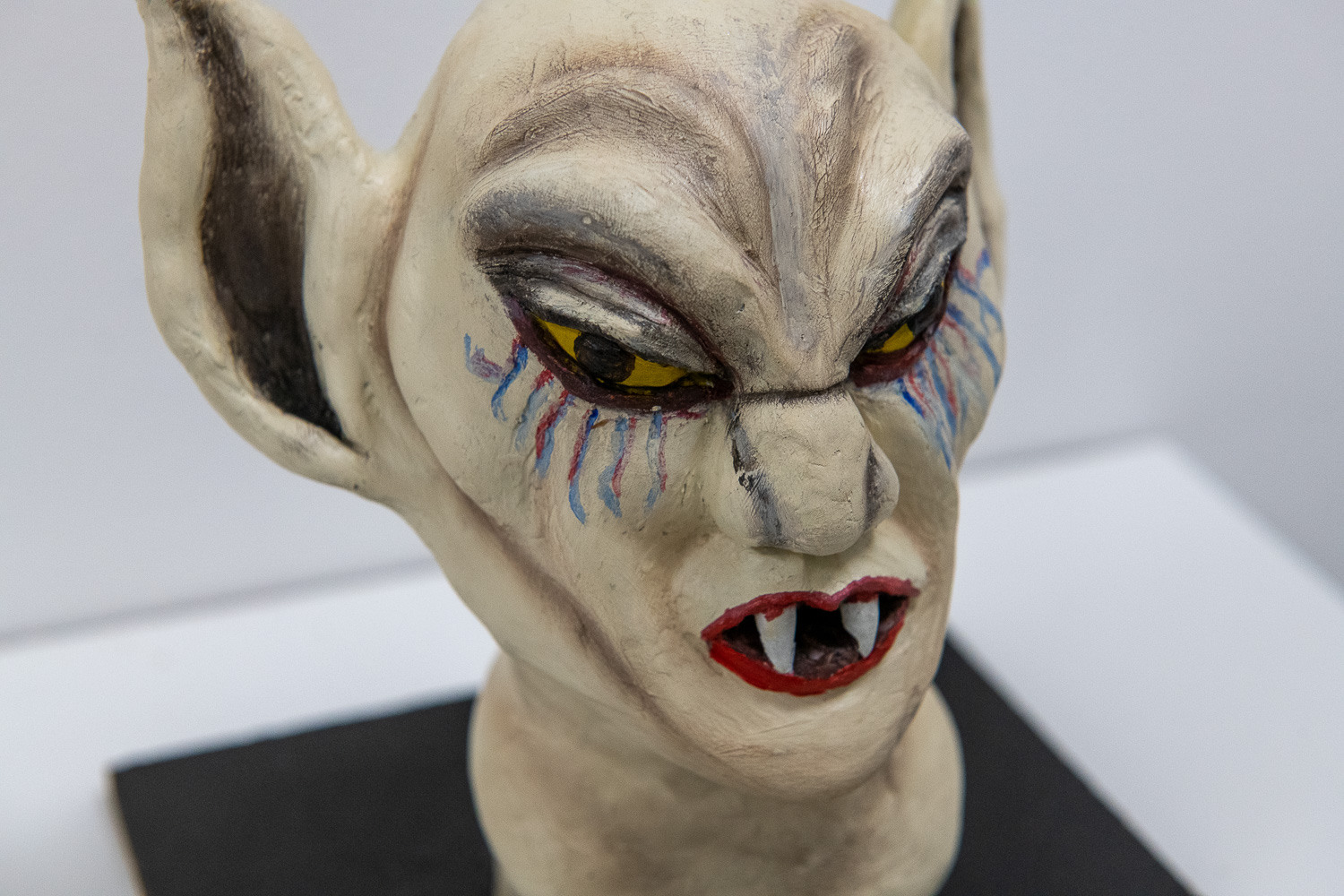 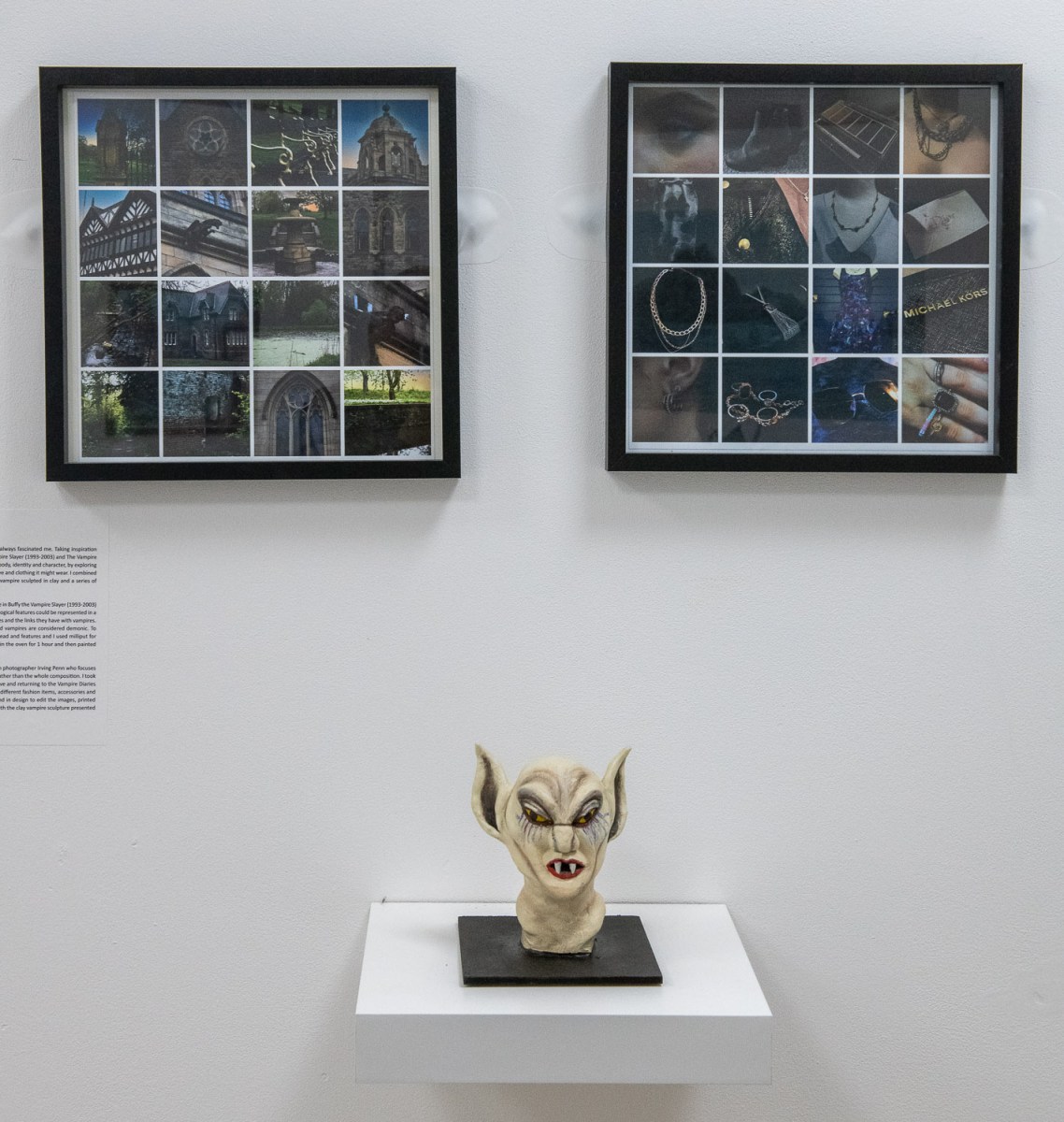 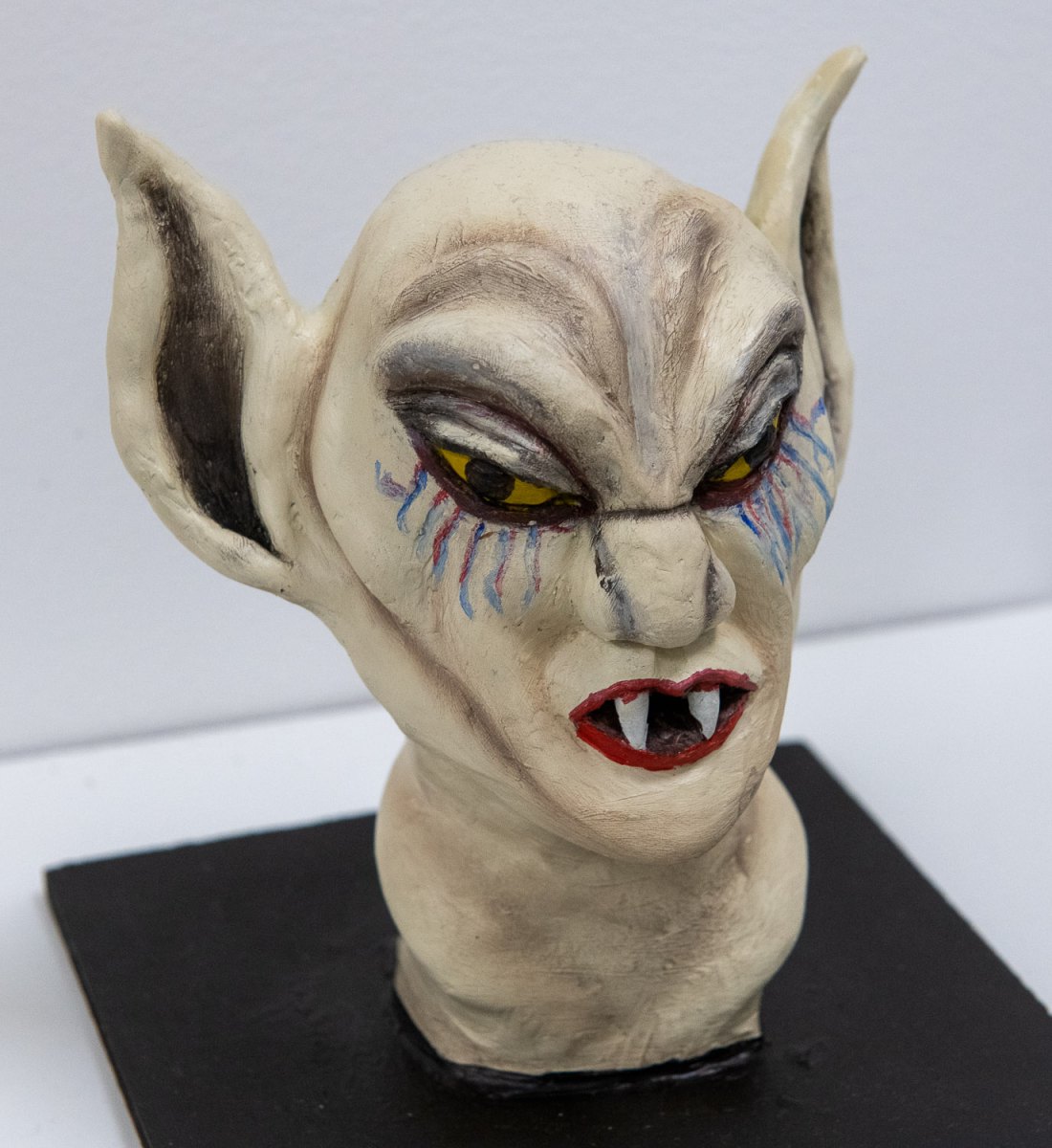 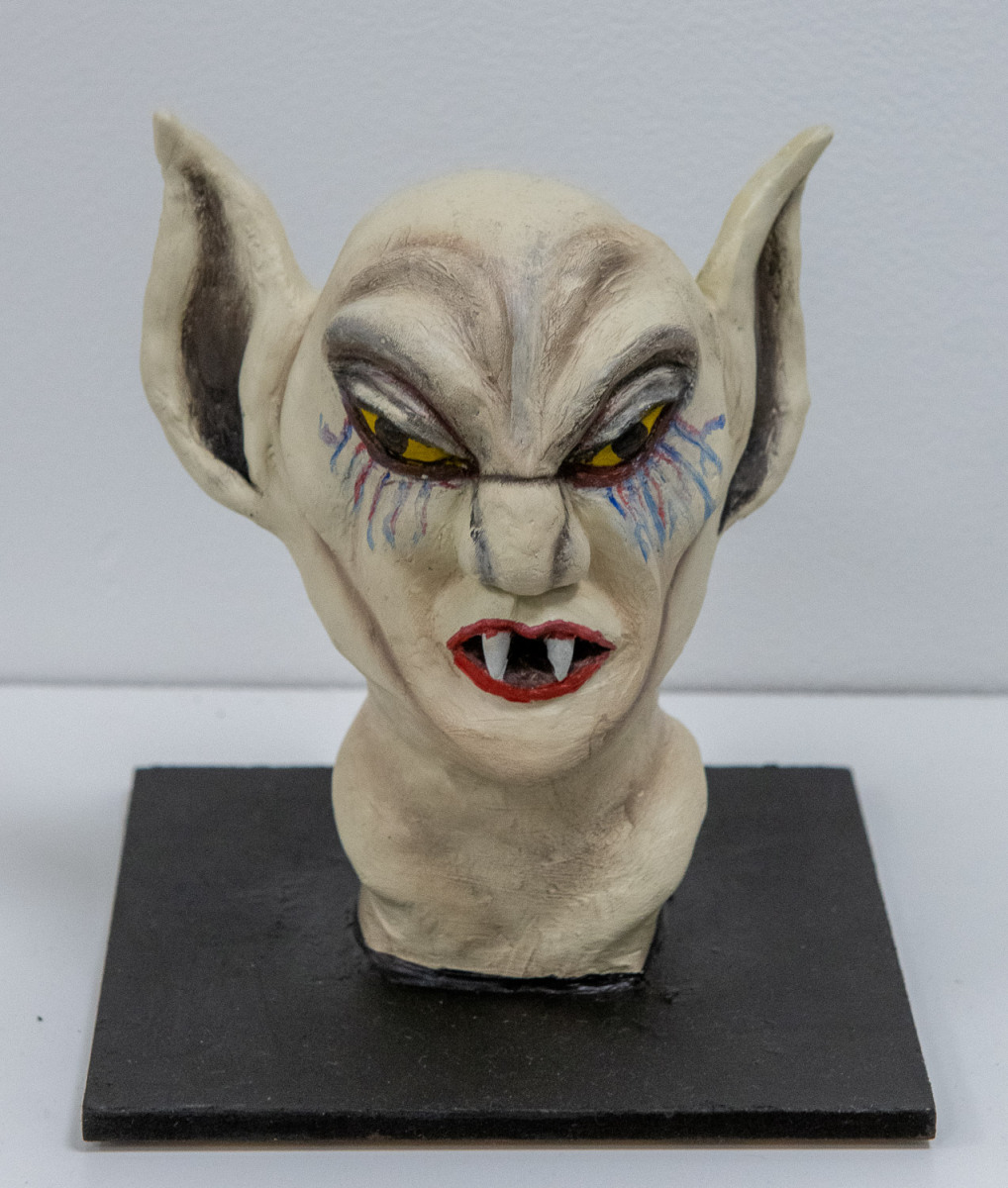 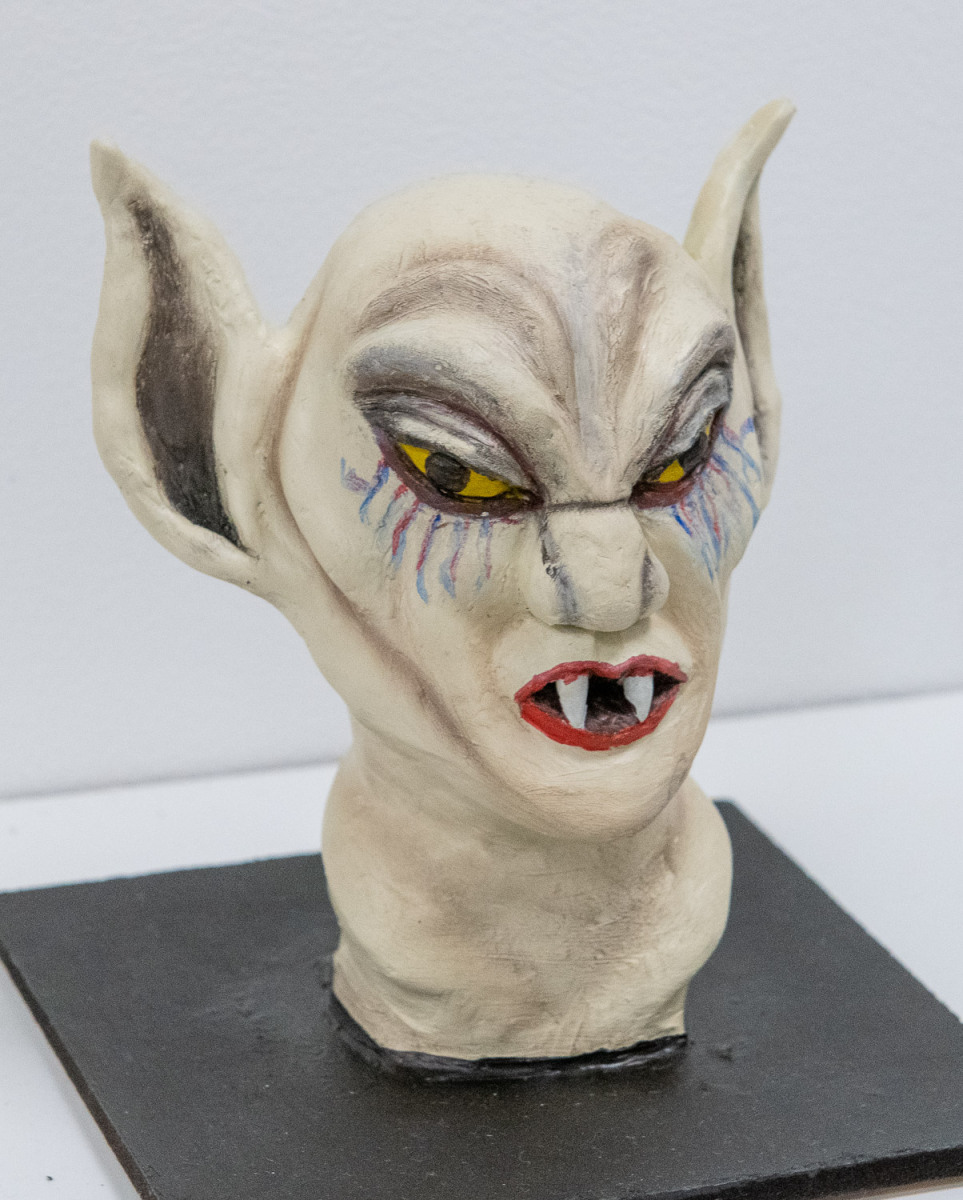 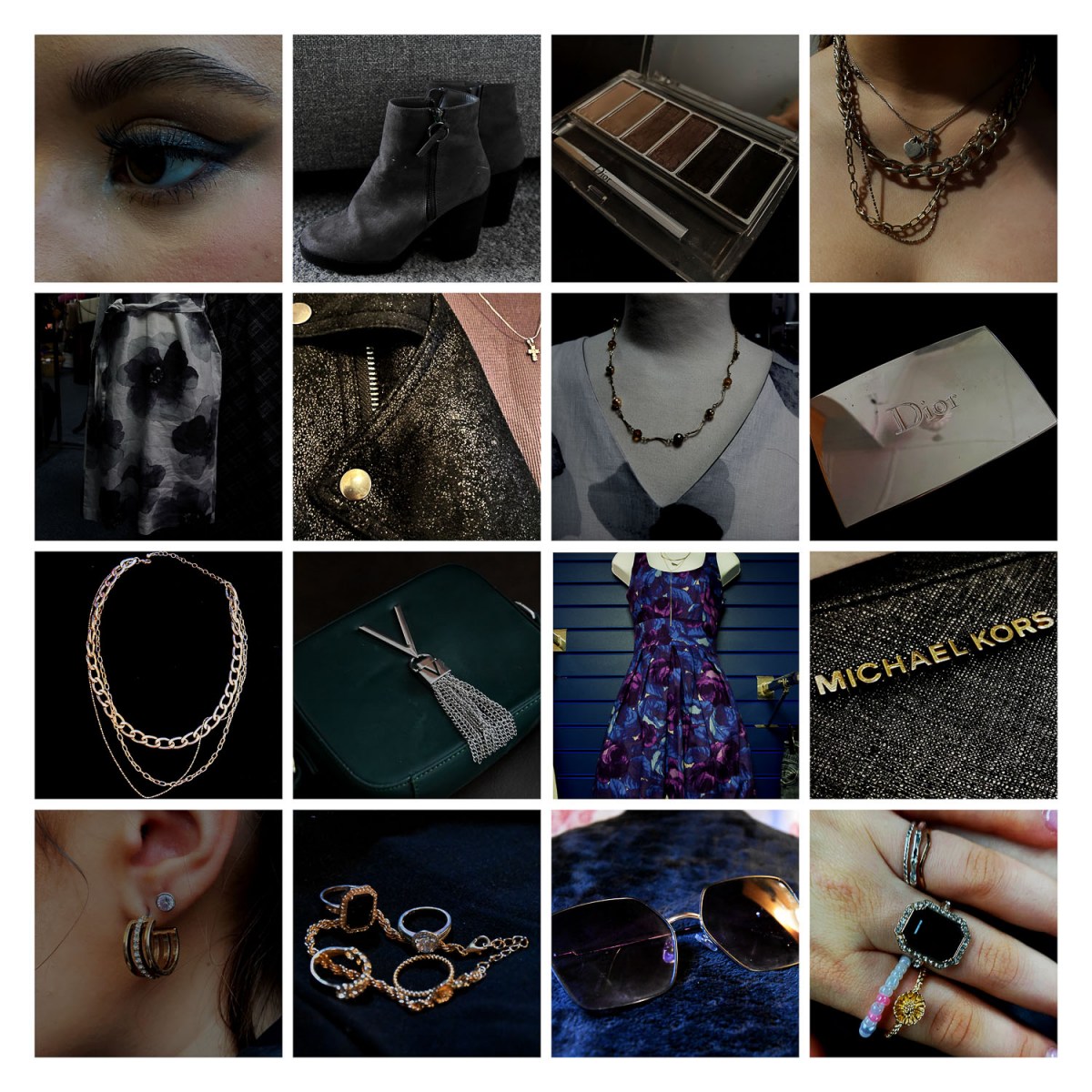 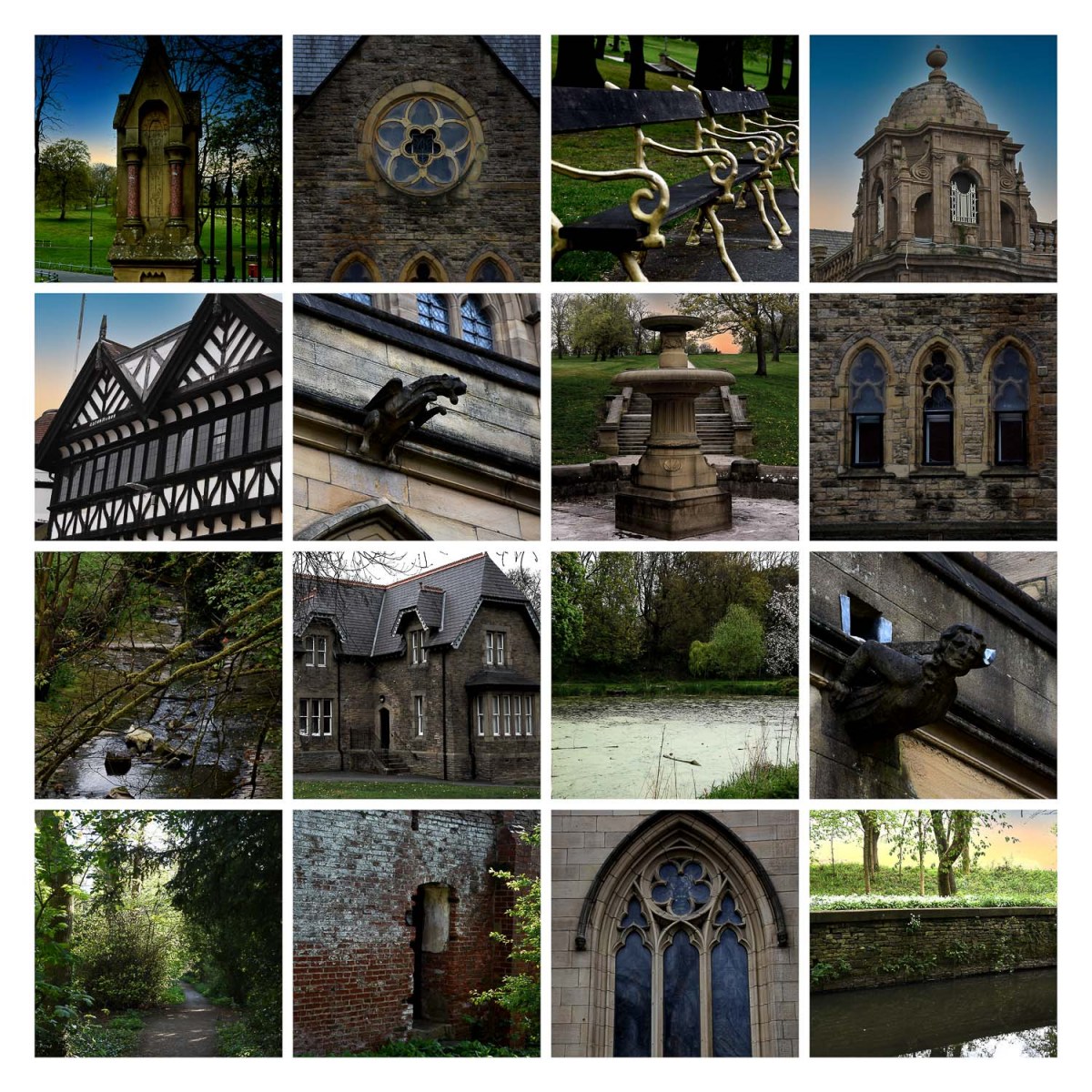