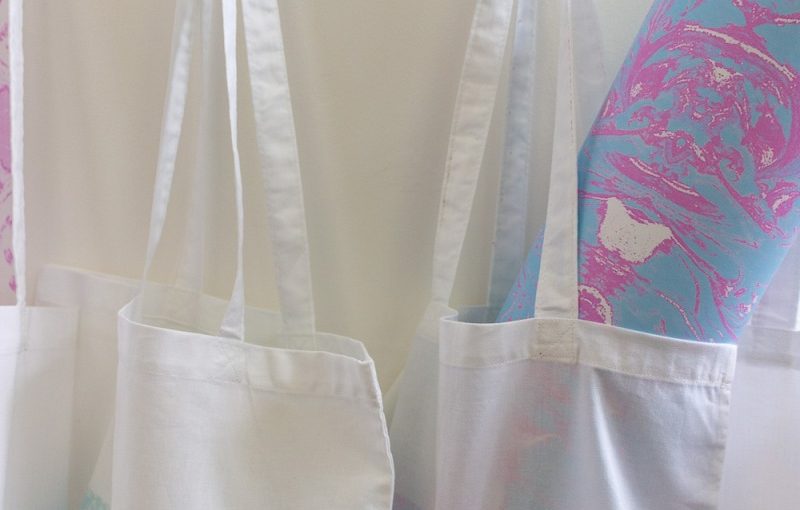 I have created psychedelic surface design prints to be used on graphic posters and cotton tote bags. The Psychedelia art movement was influenced by hallucinogenic drugs, such as LSD, mescaline and psilocybin. They were used to bring certain types of artistic expressions, as seen in event posters and record album covers produced by graphic designers, such as Rick Griffon, Wes Wilson and Victor Moscoso.  The movement was characterised by the use of rich colours in saturated tones and contrast of intense colours, curved calligraphy, symmetry in composition, collage work, iconography, and rubber print.  These were all vital to the poster work by psychedelic artists of the 1960s. The early 70’s saw advertisers use psychedelic art to promote a limitless variety of consumer products that made the word psychedelic its own, promoting a change in design which signified anything in youth culture that may be unusual, fashionable or colourful.

I have chosen to create psychedelic patterns because psychedelic is an adjective with connotations of drug-like effects, such as hallucinating. The colour, patterns and typography used are all signs which, together, signify psychedelia as a metaphor, since young girls with social anxiety disorder over-think things, without being aware that it is all in their imagination.

Pastel colours were chosen because of their soft and light shades, which represent peace and tranquillity. Reading positive words in daily life will encourage or self-motivate the viewer’s attention and help them to be calm whenever they feel stressed. Short encouraging quotes were sourced for the young female audience to easily remember them, presented in unique fonts.

I have researched some historical and contemporary fashion designers to help me produce small samples of the surface pattern prints by using various techniques that I have learned, such as collage, mixed media, plastic bags, marbling and hand painting. I loved the Neo-pop spring 2010 ready-to-wear-collection, by fashion designers Bruno Basso and Christopher Brooke, who inspired my plastic bag samples. 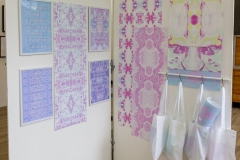 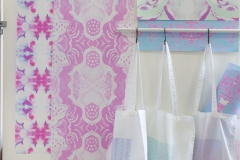 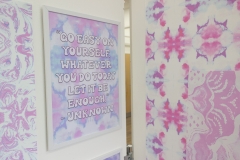 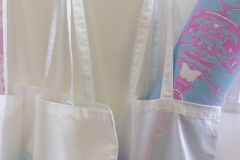